The ‘Never Trump’ Movement Just Got a Big Boost 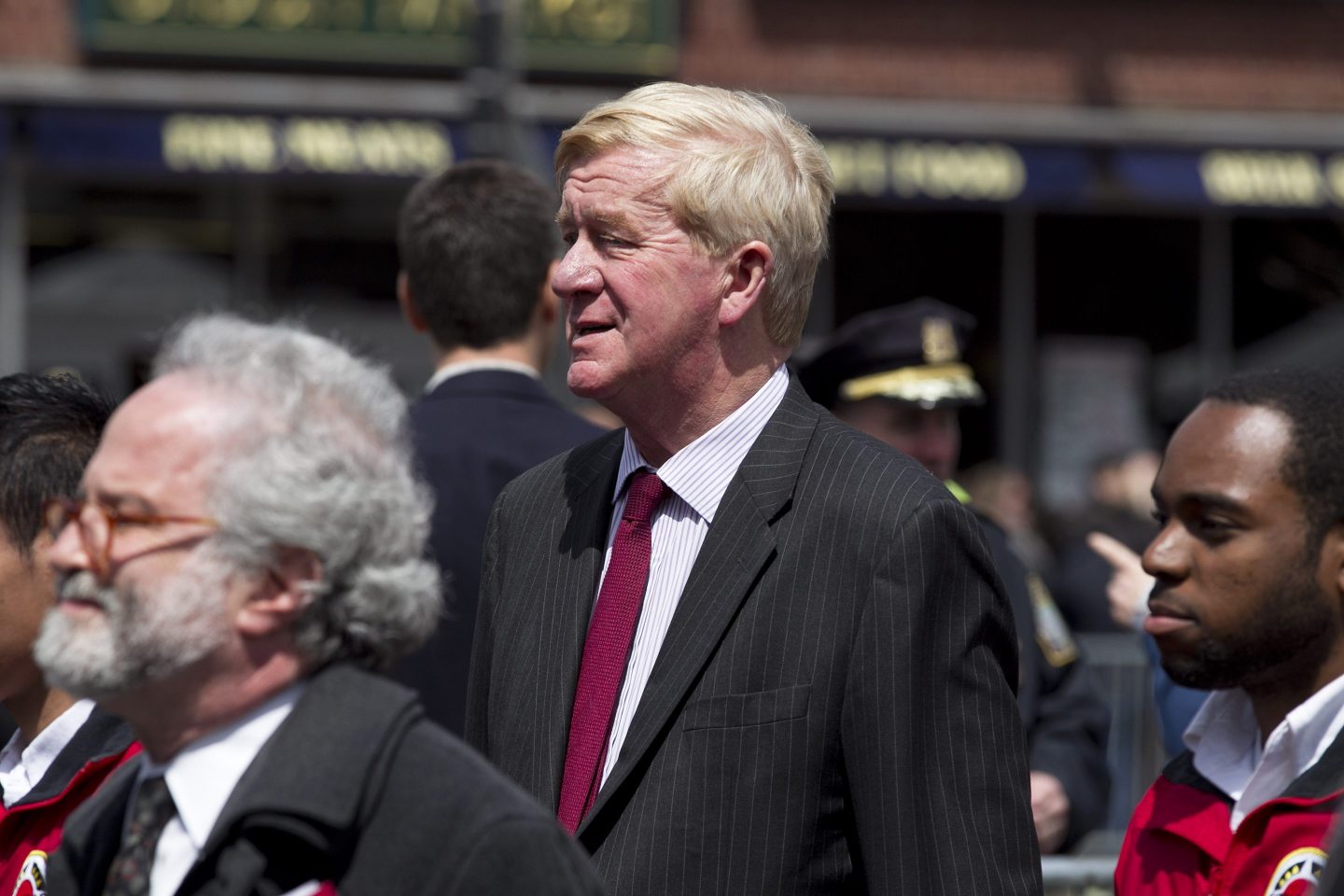 Donald Trump is busy celebrating his surging poll numbers while a powerful force is gathering on his right flank.

The Associated Press reports that Bill Weld, the popular former Governor of Massachusetts, is set to announce his candidacy for vice president, as an addition to the ticket of former New Mexico Governor Gary Johnson, who is running to capture the Libertarian Party nomination for president.

The move adds credibility to the Johnson ticket. Weld is a charismatic politician with deep ties to Republican donors and an unconventional political style that made him popular in New England, a region where Donald Trump dominated during the Republican primaries.

Johnson has yet to capture the Libertarian nomination. The party will hold its convention on Memorial Day weekend. Unlike the Democratic and Republican parties, the Libertarian Party doesn’t hold primary elections in all 50 states. Instead, the party’s nominee is decided at a national convention, based on votes by delegates elected at state Libertarian Party conventions. Johnson, who captured the nomination in 2012, is expected to win again this year, but he is facing challenges from businessman John McAfee as well as Libertarian operative Austin Petersen.

Weld joining the Johnson ticket will likely be a boon to Republicans who are unhappy with Donald Trump’s candidacy. Weld has a track record of cutting spending and restraining the growth of government during his two terms as governor of Massachusetts. He is also known for his support of medical marijuana, and he took steps as governor to boost gay rights, two positions that should go over well with hardcore libertarians.

Though it’s difficult to know what percentage of Republicans would be open to supporting a third party candidate over Donald Trump, the Johnson-Weld ticket could be very appealing to traditional conservatives who are focused on lower taxes and smaller government above issues that Trump has championed, like battling illegal immigration. While Trump has said he can balance the federal budget while protecting Medicare, Social Security, and the defense budget, Johnson takes the more traditionally conservative line that this is impossible.

Weld may prove particularly helpful in the fundraising department. In an era in which major party candidates can spend close to three quarters of a billion dollars getting elected, Johnson spent just over $2 million on his way to capturing 1% of the vote in 2012. “He could be a huge influence when it comes to fundraising. Huge,” Johnson told the AP. “That was something that he in fact volunteered — that he enjoys doing it.”

The move is not without its risks, however. Weld’s political career was thought to be over after he lost a bid in 2006 for governor of New York, his birth state which he returned to after leaving office in Massachusetts. The campaign was dogged by questions about his work with the private equity firm Leeds Equity Partners, which he joined after leaving government. The firm invested in a for-profit school—Kentucky-based Decker College—that earned much of its revenue from federally backed student loans. Weld was appointed CEO just before the Department of Education cut off aid after Decker’s accrediting body said that it had been misled about the fact that the school, which taught construction and electrical trade skills, was primarily distance-based.

As New York described it at the time of Weld’s gubernatorial run, “Weld has not been accused of any wrongdoing, merely gross, career-torpedoing negligence.” Weld maintained that Decker was a legitimate operation and its closure was the fault of the accreditor, which he claimed misreported facts to the Department of Education. His argument was vindicated earlier this year, when a judge ruled that the accreditor did in fact know the nature of Decker’s distance-based education program but failed to alert the Education Department.