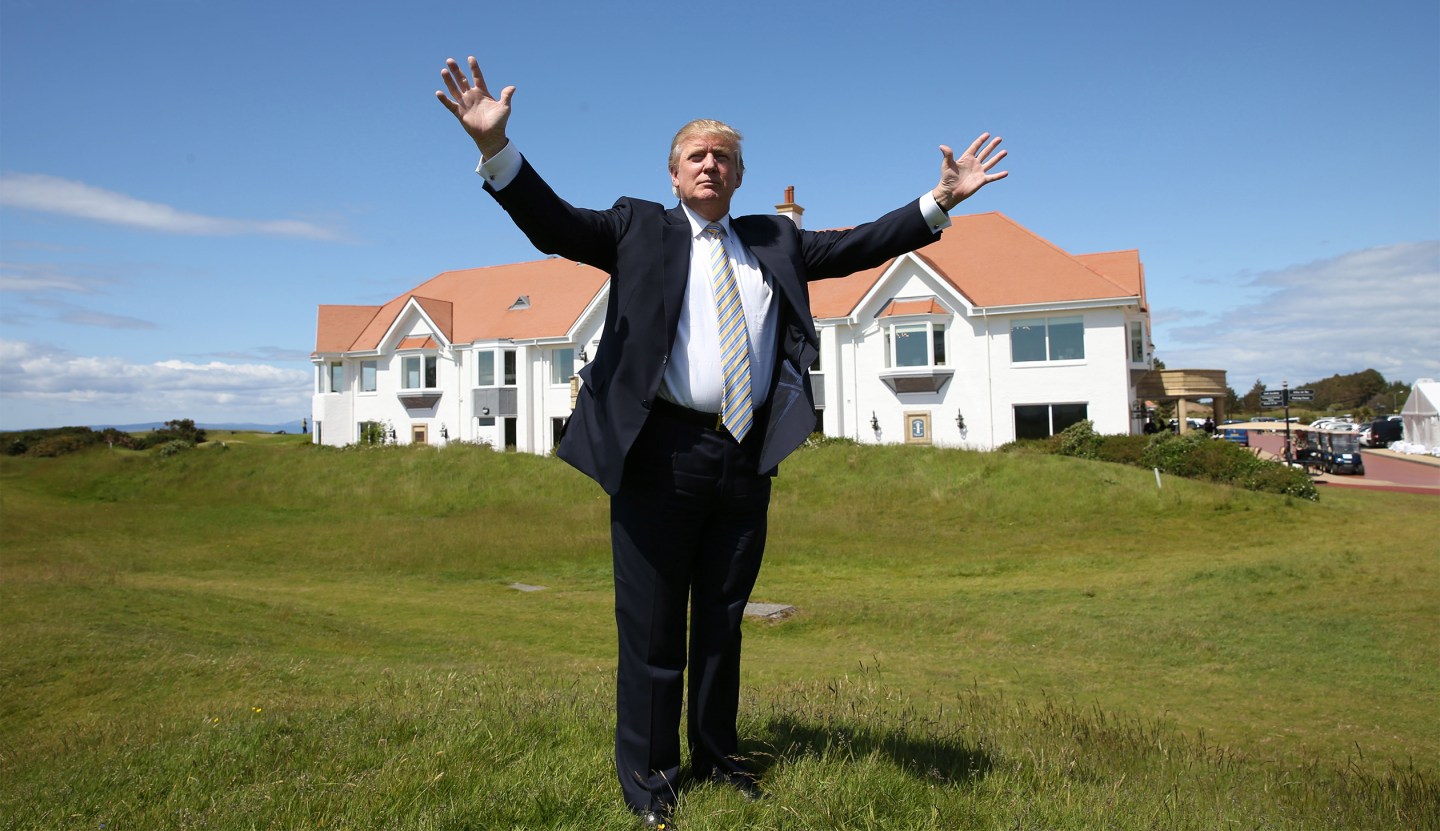 Republican presidential candidate Donald Trump said on Tuesday that sweeping financial reforms put in place under President Barack Obama were harming the economy and he would dismantle nearly all of them.

Trump told Reuters in an interview that he would release a plan in about two weeks for overhauling the 2010 financial regulatory law known as Dodd-Frank.

Pressed on the extent of the changes he wanted to make, Trump said, “it will be close to dismantling of Dodd-Frank.”

Reacting on Twitter to Trump’s comment, Democratic presidential front-runner Hillary Clinton called it a “reckless idea” that would “leave middle-class families out to dry.”

Dodd-Frank, passed in the aftermath of the 2007-2009 financial crisis, forced U.S. banks to reduce their reliance on debt for funding and to craft “living wills,” or blueprints for winding them down in a crisis.

Republicans in Congress have pushed to ease the requirements on small- and medium-sized banks and to make it more difficult for regulators to introduce new rules. They have also argued for getting rid of the consumer financial protection agency.

Banks and other financial firms have spent six years and millions of dollars adjusting their operations to comply with the law. Bank lobbyists have generally pushed for changes to make complying easier, rather than a wholesale rewrite.

“Every law can be improved, and Dodd-Frank is no exception. Sometimes there are drafting errors. Sometimes a good idea in theory turns out to be unworkable after a closer look in the light of day,” said John Hall, a spokesman for the American Bankers Association.

Alison Hawkins, a spokesman for the Financial Services Roundtable, a Washington-based financial industry trade group, said the group wanted to know more about Trump’s plan, and added “some fixes to Dodd-Frank will benefit consumers and the economy.”

On Capitol Hill, Republican Representative Jeb Hensarling, the chairman of the House Financial Services Committee, plans to release his own financial regulation plan in the coming weeks, according to his spokeswoman, Sarah Rozier.

“Mr. Trump is right, Dodd-Frank isn’t working,” Rozier said. She added that Hensarling, who has endorsed Trump, has not discussed his plan with any of the presidential candidates.

But Dennis Kelleher of Better Markets, a group that favors tighter regulation of Wall Street, said Trump’s plan would be “a slap in the face to the American people who have suffered so much from the 2008 crash.”

Trump declined to offer specifics on his plan, but said it would address whether institutions should separate commercial banking activities from investment banking. He said even under the new plan, the banking system would not be perfect.

Trump was reluctant to discuss specifics on his ideas for the economy before his upcoming speech, but he praised Federal Reserve Chairman Janet Yellen, saying he approved of her decision to keep interest rates low. Trump has said in the past he would replace Yellen once her term as Fed chair ended.

“I’m not a person that thinks Janet Yellen is doing a bad job,” he told Reuters. “I would rather have a Republican in the position but I am not the enemy of Janet Yellen.”