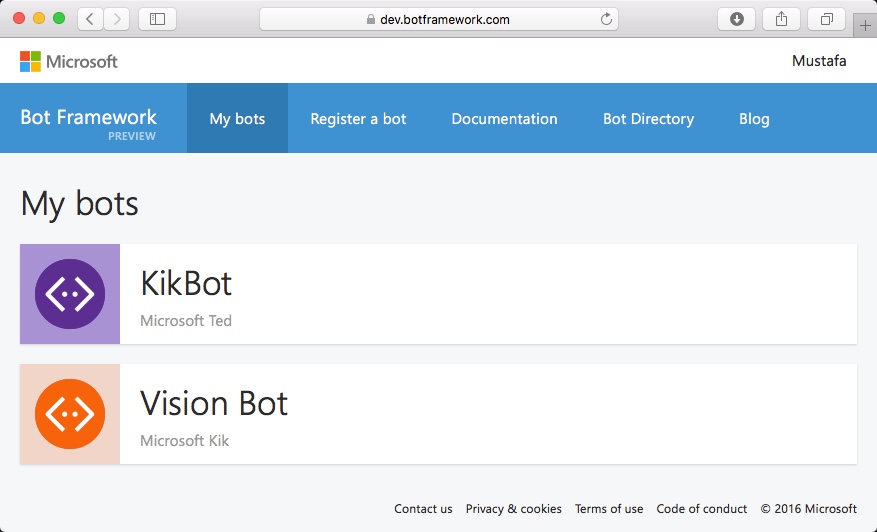 In case you haven’t heard, the bots are taking over. Every tech vendor, Microsoft included, wants a big piece of that action.

That’s why the Windows maker is very happy to include a Kik channel on the Microsoft Bot Framework. Kik is a mobile phone chat app from Kik Interactive, which claims 300 million registered users, most of them teenagers.

Bots, or chatbots, are computer programs that mimic human conversations online. If you’ve interacted with a bank’s online support site, you’ve talked to a bot. But increasingly, people are interacting with bots using their favorite mobile phone chat applications to perform tasks instead of downloading a ton of separate apps, a process that has driven many to distraction.

Waterloo, Ontario-based Kik points to Pervasive Group research showing that the average teenage Kik user spends 74 minutes a day on the app. So if you’re one of the zillion marketers targeting that demographic, where you gonna go? Microsoft (MSFT) clearly sees the advantage in courting that group.

For more, read: Kik Launches a ‘Bot Shop’ Because Bot Shops Are the New App Stores

As mentioned, one big rationale for the bot explosion is that bots let consumers use their preferred chat or messaging apps to communicate with lots of different online services. Instead of downloading a zillion one-off apps for ride sharing, food delivery, or shopping, they can use their favorite app to communicate with all of them. Facebook (FB) is fully aboard, and Google (GOOG) reportedly will unveil it’s bot game plan at its annual developer show, Google I/O, later on Wednesday.

Kik’s teenager demographic is really important for Microsoft which, after all, is now a rather senior member of the tech society. Microsoft applications do not scream hipness. Which in some quarters is part of their charm, but I digress.

“We think our younger demographic is a key advantage because we get to build experiences for the only mobile-first generation in the U.S.,” said Rod McLeod, a spokesman for Kik. “We get to reimagine the whole experiences and build exclusively for teens; we think teens are similar to Chinese consumers where they skipped desktop completely and went straight to mobile.”

Kik’s world view, he added, is that chat is the new browser and bots are the new web sites. The advantage to Kik, on the other hand, is the Microsoft relationship will expose its bots and audience to a wider array of developers and perhaps bring Kik bots into the enterprise.

For more on bots, watch:

So stand back people, and let all that bot goodness wash over you.