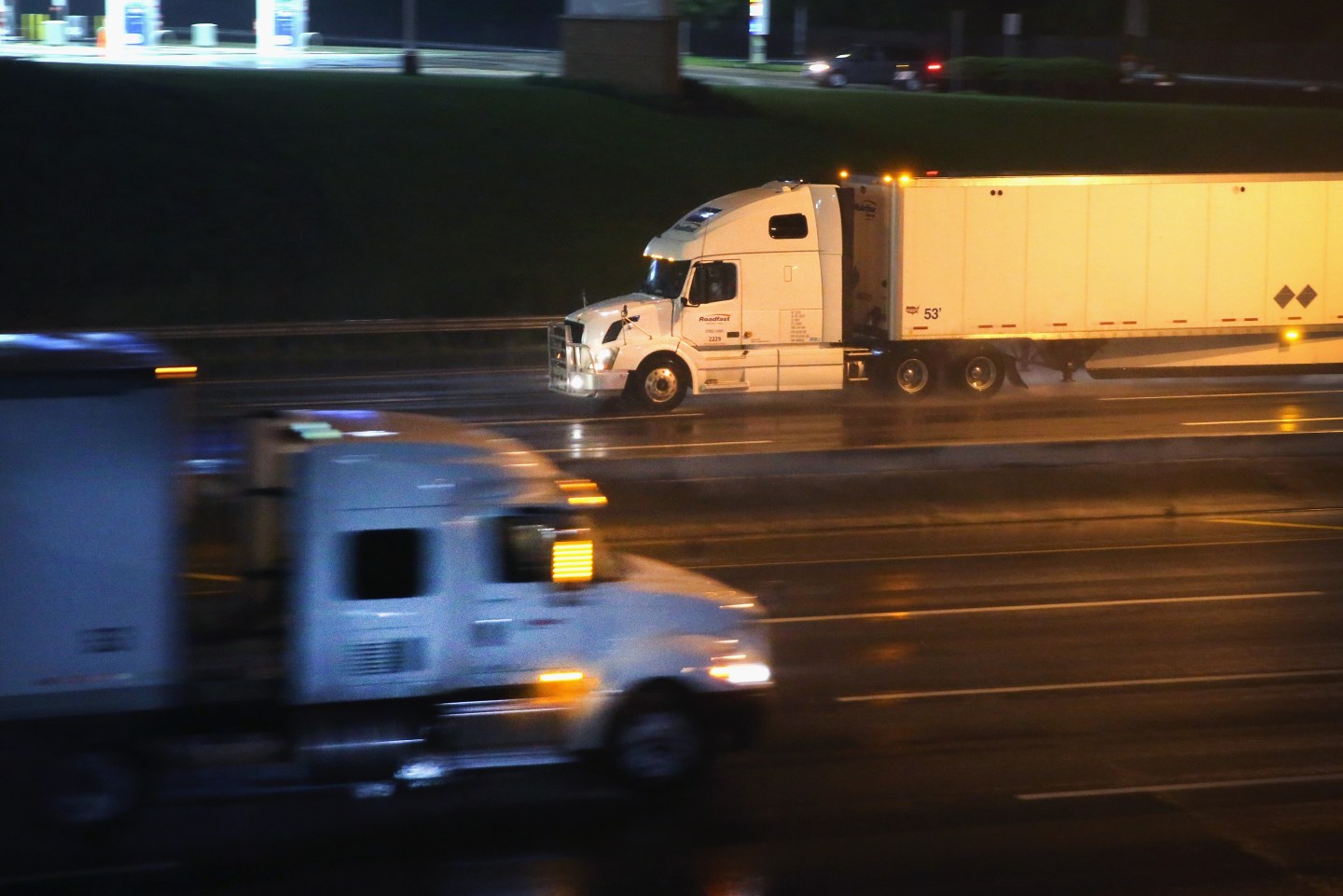 Automakers like Daimler and Volvo have stated their intentions to build shiny new self-driving trucks. But a new startup founded by some of the biggest names in autonomous driving technology has a different idea: transform existing big rigs into self-driving long haulers.

The company named Otto, which came out of stealth mode Tuesday, was launched by Google (GOOGL) car and map veterans Anthony Levandowski and Lior Ron in January and has some 40 employees, including 15 former Google engineers as well as Apple (AAPL) and Tesla alums. It’s created a $30,000 kit that retrofits commercial semis manufactured after 2013 with self-driving capability, according to Wired.

The add-on technology is noteworthy because it could bring self-driving trucks to America’s highways sooner than expected. While the kit’s $30,000 price tag is expensive, it’s cheaper than building a self-driving truck from scratch and could provide a quick return on investment to owners of $150,000 big rigs that log hundreds of miles per day.

Once retrofitted with Otto’s technology, a truck can maintain a set speed in one lane while slowing or stopping when necessary. It won’t change lanes on its own. Ultimately, a driver will be aboard the vehicle but not always at the wheel.

The technology could make the long-haul trucking industry safer—the Federal Motor Carrier Safety Administration says that 87% of big rig crashes are caused by the truck driver or the drivers of other vehicles—and ease its labor shortages. Automative technology is often characterized as a job killer, but trucking might embrace it more than other industries since the sector has been plagued by too few workers. In 2015, the American Trucking Association claimed the nation needed between 35,000 and 40,000 more truck drivers, and it predicted that demand could reach 100,000 per year if economic expansion continues. The industry has struggled to recruit new employees to meet demand and replace aging drivers, in part, because of trucking’s not-so-sexy public perception.

In its early stages, Otto says it will target the owner-operator market, where truck drivers own their own vehicles, The New York Times reports. The technology will increase owners’ productivity by letting them sleep while the truck drives itself, eliminating the need for—and cost of—a second driver.

This story has been updated to clarify the types of drivers responsible for big-rig accidents.