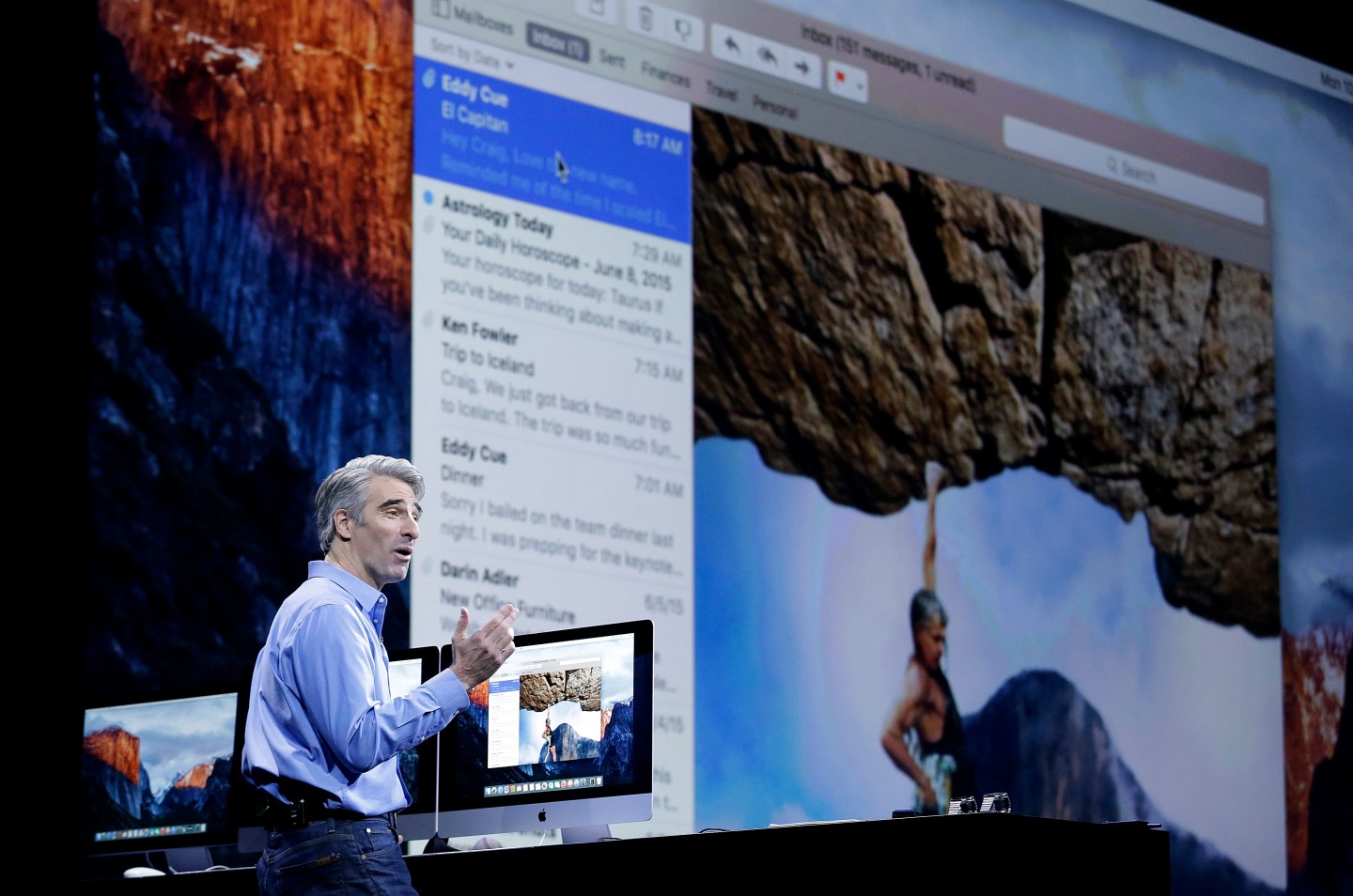 Those seeking a bit more security in Apple’s OS X might want to download the latest version.

Apple (AAPL) this week launched OS X 10.11.5 as a free download to Mac users. While the update doesn’t come with any meaningful design changes or new apps, it does come with nearly 70 fixes for security flaws, including some that could allow a malicious hacker to remotely access a person’s Mac and run amok.

In a posting to its website on Monday, Apple outlined the many security updates it’s delivered to OS X. While many are minor fixes that are unlikely to cause too much trouble on a Mac, the company added that it fixed one issue, called “CommonCrypto,” that could allow malware running on a Mac to “leak sensitive user information.” Apple added that other issues affecting a wide range of apps could allow a malicious hacker to run “arbitrary code,” a fancy term for a hacker’s ability to do whatever they want on the device. The company even fixed a bug that could allow a hacker to steal information from Apple’s Messages platform.

It’s unknown whether any of the bugs were exploited.

Apple launches regular updates to its operating systems. While many of those updates include fixes for bugs and glitches the company finds itself, it also relies on the security community to find issues. Indeed, many of the vulnerabilities that were on Apple’s operating system were discovered by third-party security researchers.

Monday was a big day for Apple’s software team. In addition to the OS X update, the company launched new versions of iOS and its Safari browser, that also addressed some security problems. Safari, for instance, suffered from a handful of security flaws, according to Apple.

That Apple didn’t launch any new features or apps in OS X suggests that the company is now focused solely on keeping its latest version, El Capitan, as safe as possible. New features will likely come to the next version of OS X, which is expected to be announced at Apple’s Worldwide Developers Conference in June. Each year, Apple unveils its new operating systems at that event, showcasing a wide range of new features and designs. It’s doubtful this year will be any different.

For more about OS X, watch:

Until then, Apple will likely continue to patch El Capitan problems as they crop up. And for those who want to keep their Macs as secure as possible, it might be a good idea to download the latest, free update sooner rather than later.