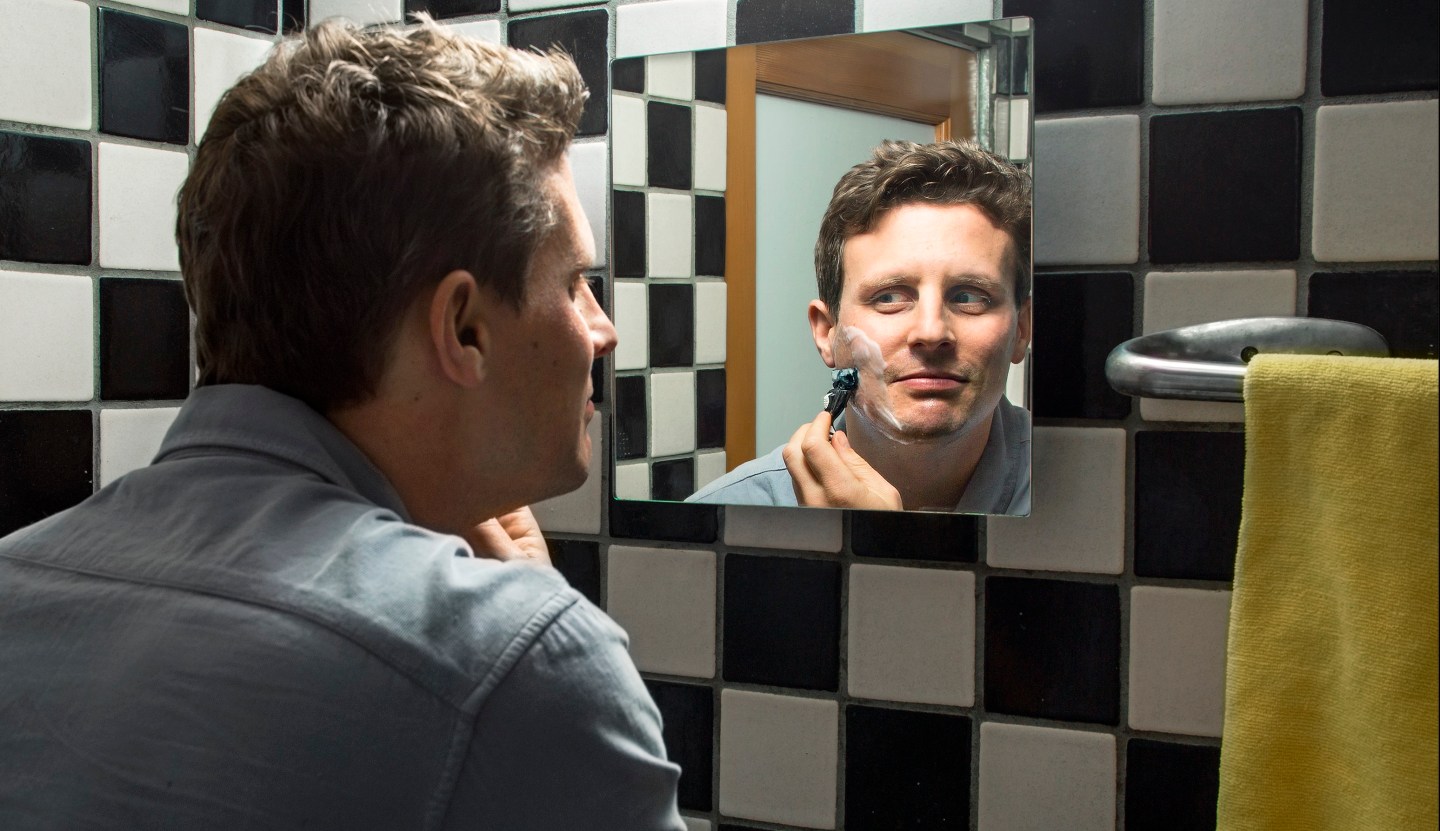 Photograph by Michael Lewis for Fortune

Who knew the path to profits ran through bathroom wipes for grown men?

Dollar Shave Club, which started out in 2012 sending customers razors by mail, could be profitable by the end of the year, with a big help from a product first launched in 2013, called “One Wipe Charlie,” the subscription service CEO, Michael Dubin, said a retail conference on Monday.

The company, which has so far raised $160 million from Silicon Valley investors, has not posted a profit since its founding, preferring to pour revenue back into the company to make it grow and expand its product offering.

That could change by the end of year, Dubin hinted, speaking at the Shoptalk conference in Las Vegas.

“Profitability is fully within our control – so we choose growth,” Dubin joked. Then, speaking more seriously, added: “By Q4 (fourth quarter) we can choose both.”

Dubin also said Dollar Shave Club was on pace to hit $240 million in revenue this year, or double what it took in last year. First-year sales were $4 million, followed by $19 million in 2013 and $65 million the following year.

The entrepreneur launched Dollar Shave Club in March 2012 thinking that men were annoyed by having to stock up on drugstore-purchased shaving supplies (often a hassle since razors are typically locked away) and, consequently not changing their blades often enough.

Dubin told attendees that 68% of men change their blades weekly now, compared to 28% when the company started. (But growth has not come without problems: in December, Procter & Gamble’s (PG) Gillette sued it for patent infringement.)

Dubin has since trained his eyes on the rest of bathroom. The wipe (tagline: the #1 way to do #2) was launched in 2013 and is apparently selling well. “It’s a very serious, life-altering product,” he quipped, adding that “great things happen” when one’s backside smells good. (The often sophomoric Dubin can be seen sitting on a toilet seat on product page of the company’s web site.)

When asked if the company was looking at an eventual sale or a stock market listing given its growth, Dubin said no IPO was part of its road map at this point and praised his investors’ patience.

At the same time, he hinted he wouldn’t want to lead a company that had gone public anyway.

“I don’t think i was put on this planet to be a public company CEO,” said Dubin.