Fed Minutes, Walmart, and Trump v. Kelly—5 Things to Watch in the Week Ahead 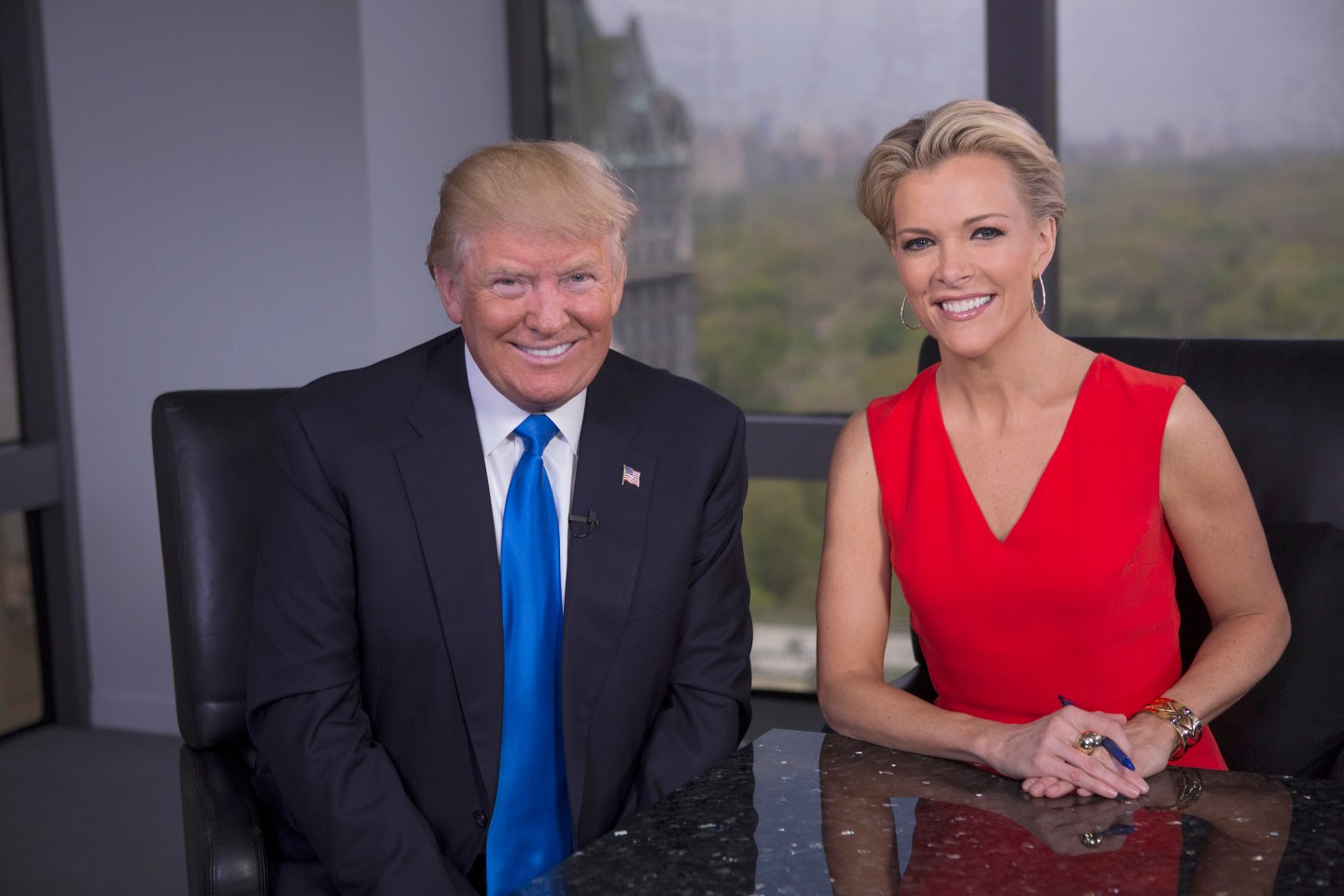 This week, investors will get a clearer look into the Fed’s thinking when the central bank’s leaders decided in April to wait before raising interest rates again. Walmart leads the way as a handful of major retailers release their latest quarterly sales numbers, while Google hosts its annual developer conference. Meanwhile, Donald Trump and Megyn Kelly will once again battle it out on Fox News before next weekend brings the second of the year’s big three horse-racing events, in Baltimore.

On Wednesday, the Federal Reserve will release minutes from the central bank’s late-April monetary policy meeting, in which the Fed Board of Governors opted to hold off on any further interest rate hikes after ending 2015 with the first rate increase in nearly a decade. Investors will have an eye on this week’s minutes release to look for any clues in Fed officials’ language as to when markets should expect the central bank to begin instituting further incremental rate hikes. Most economists expect the Fed will wait until at least September to further raise interest rates, as the central bank waits for more improvements in the U.S. labor market.

On Thursday, the world’s largest retailer releases financial figures from its first fiscal quarter of 2016. Walmart (WMT) leads a week of big retailer earnings reports, which come a week after the Commerce Department reported that U.S. retail sales saw their biggest increase last month (1.3%) in a year. Last week, Walmart launched a two-day free shipping membership service aimed at helping the retailer better compete online with e-commerce giant Amazon (AMZN). Other retailers releasing quarterly reports this week include Home Depot (HD), Target (TGT), and Staples (SPLS)—the latter of which will likely comment on Staples’ latest failed merger attempt with Office Depot (ODP). Staples is expected to post first-quarter sales above analysts’ expectations a week after a federal judge moved to block the $6.3 billion deal with Office Depot due to concerns raised by the Federal Trade Commission.

Google (GOOG), the subsidiary of Alphabet, holds its annual developer conference on Wednesday. The event typically serves as a platform for the Internet giant to unveil its latest product announcements, and CEO Sundar Pichai is expected to discuss various rumored projects, including new hardware and virtual reality divisions. The tech world will be watching for any updates on its 3D-mapping camera, known as Project Tango. Meanwhile, the conference also comes as Google’s $9.3 billion fair use lawsuit with Oracle drags out in court.

The latest spectacle of the 2016 election cycle will hit the airwaves on Tuesday night, as Fox airs a much-hyped interview of GOP frontrunner (and, now, presumptive nominee) Donald Trump by network anchor Megyn Kelly. The interview airing this week—which takes place on the candidate’s home-turf, Trump Tower—follows months of contention between Trump and Kelly, who have squared off several times already dating back to last summer, when the real estate mogul and former reality TV star took umbrage to some of Kelly’s questions during Fox News’ first GOP primary debate. Trump later skipped one planned Fox News debate while calling Kelly a “bimbo” and making comments interpreted as claims that the female anchor had been menstruating during the network’s first debate.

Next weekend marks the second leg of horse-racing’s American Triple Crown, as Kentucky Derby winner Nyquist will try to keep his winning streak alive at the Preakness Stakes. The race will take place Saturday evening at Pimlico Race Course in Baltimore. If Nyquist wins again, the horse would be one step closer to following in the footsteps of last year’s Triple Crown winner—and the first since 1978—American Pharoah. The winner of the Preakness is guaranteed a prize of $1.5 million.

Correction, May 16, 2016: An earlier version of this article misstated the network on which Megyn Kelly’s interview will air. It is Fox, not Fox News. Additionally, it overstated the number of televised political debates that Donald Trump skipped. It is one.