Here are the 12 winners of the Triple Crown 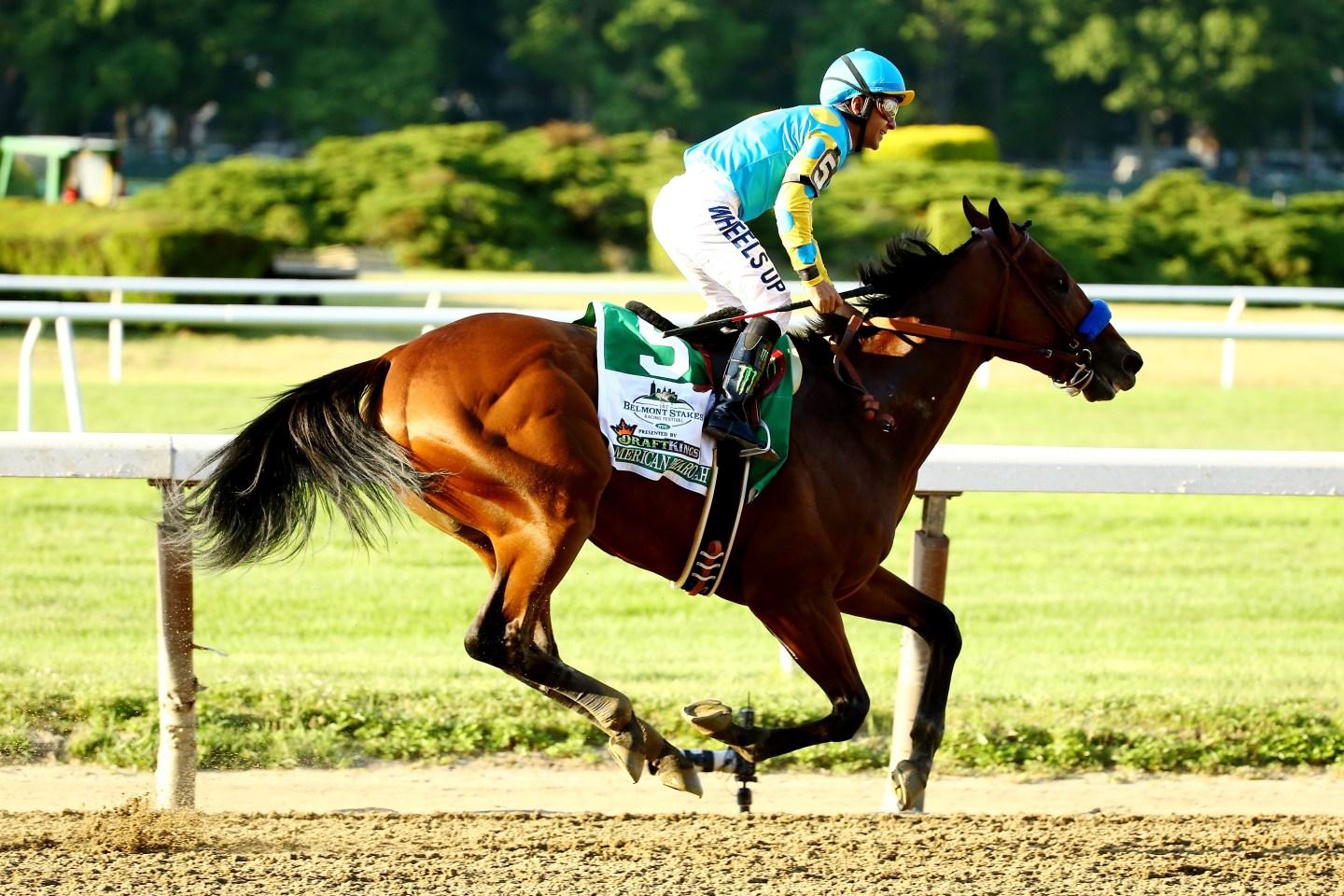 On Saturday American Pharoah—as opposed to “pharaoh,” the proper spelling of the word—won the mile-and-a-half Belmont Stakes, becoming the first Triple Crown winner in a generation and only the 12th in nearly a century.

The Triple Crown of Thoroughbred Racing is a trio of races for three-year-old horses run in May and early June of each year in the United States. Their names are arguably more famous than the circuit on which they reside: The Kentucky Derby, the Preakness Stakes, and the Belmont Stakes.

To the winner goes the Triple Crown Trophy, commissioned in 1950. And, of course, a cash prize: American Pharoah takes home $800,000 with his weekend Belmont win; never mind the prizes for the Preakness and Derby.

Horse racing is big business in the U.S. According to the American Horse Council, which represents the industry in Washington, the horse industry “has a direct economic effect on the U.S. of $39 billion annually” and is responsible for 460,000 full-time equivalent jobs. About 4.6 million Americans are involved in the industry and tens of millions serve as spectators.

More than a dozen horses have won the Kentucky Derby and Preakness but lost the Belmont in the 37 years since the last horse won the Triple Crown. Here’s a look at that winner—and the 10 that precede him.

Affirmed's road to success is best known by his rivalry with another horse, Alydar. Their duel was a thread that ran through Affirmed's eventual Triple Crown win: The former bested the latter by just 1.5 lengths in the Derby, by a neck in the Preakness, and by a hair in the Belmont. Affirmed's win marked the first time the Triple Crown had been won in consecutive years.

Slew wasn't a looker, as they say, and known for his dark appearance and dearth of white markings. But he was dominant, emerging from early chaos to win the Derby by almost two lengths, the Preakness by a length and a half, and the Belmont by an impressive four lengths. Slew was the first undefeated Triple Crown winner.

Secretariat captured hearts and the covers of magazines nationwide. Known as "Big Red," the horse is remembered for his Belmont Stakes win, claimed in a world-record 2:24 and besting the runner-up by an incredible 31 lengths. It was the first Triple Crown win in 25 years.

Though his races were thrilling, Citation is most notable for breaking a different kind of Triple Crown record—the millionaire mark. Upon retirement, he became the sport's first millionaire with a bankroll of $1,085,760 and a record of 32-10-3.

Assault didn't look like much. He was a delicate horse (less than 1,000 lbs.) who suffered from internal injuries and a misshapen hoof. But the "Club-Footed Comet" overcame those shortcomings with a strong gallop and Triple Crown sweep.

In the midst of a world war, the Count won 10 of his 15 starts—but a Triple Crown winner that does not make. No, that title came courtesy of the Count's increasing strength—a three-length win in the Derby, an eight-length win in the Preakness, and a jaw-dropping 25-length win in the Belmont, a record until Secretariat topped it thirty years later.

No one thought Whirlaway was the best horse, or even the smartest. But the horse known for running all over the racetrack—swinging to the edge as he came off a turn—managed to run all over his competition to become the fifth Triple Crown winner and a star who occasionally shined brighter than the biggest sports stars of the era: Baseball player Joe DiMaggio and boxer Joe Louis.

War Admiral first rose to prominence as the progeny of Man o’ War, but it was an undefeated second year that gave the horse a reputation to call his own. The Admiral won the Derby comfortably but the Preakness only by a head, securing his hat trick at Belmont with violence—a slashed heel caused a trail of blood en route to the finish line.

When the gates opened at the Belmont, Omaha was unable to surge to the front of the pack. It wasn't looking good. No matter: Jockey Willie Saunders patiently pushed Omaha to the front and fought for a lead position. It worked, of course, and Omaha became the third Triple Crown winner by a margin of 1.5 lengths.

No other horse was fast enough to keep up with a young Gallant Fox, and that proved consistent as the horse made a run at the triple title in 1930. The Fox's success led him to become the sport's all-time money earner at the time and helped cement the notion that the Kentucky Derby, Preakness, and Belmont Stakes were what American sportswriters would call the "Triple Crown."

There was no such thing as a "Triple Crown" when Sir Barton became the first horse to win the Kentucky Derby, Preakness, and Belmont Stakes. Still, he managed the feat with attitude (he was known for his dislike of humans) and style (with soft feet, he often lost his shoes during his race) and is buried—where else?—under a statue of a horse in Wyoming.