Megyn Kelly vs. Donald Trump will go another round 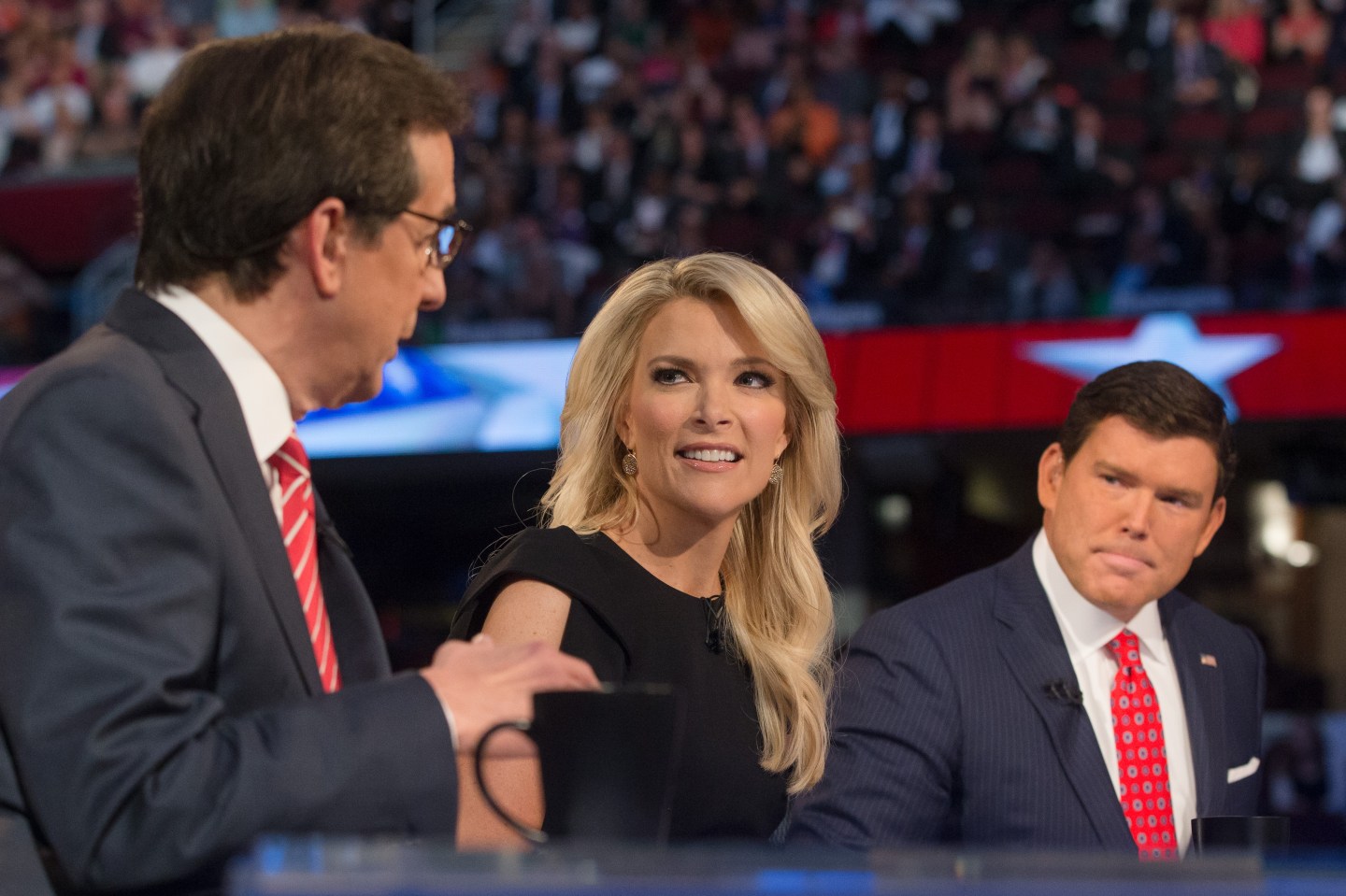 Kelly threw Trump a series of pressing questions in the last debate, grilling the real estate mogul on his history of calling women “fat pigs, dogs, slobs and disgusting animals.” The following morning, Trump embarked on a Twitter rampage against the host, quoting his supporters who called her “a total failure” and “unprofessional.” On CNN that evening, Trump said that Kelly had “blood coming out of her eyes, blood coming out of her wherever”–a remark that many viewers interpreted as a comment on the moderator’s menstrual cycle. (Trump later insisted that “wherever” is code for “nose.”)

Kelly opened her show the following Monday by addressing the controversy, saying, “I certainly will not apologize for doing good journalism, so I’ll continue doing my job without fear or favor.” At the time, she declined to criticize Trump. But she’ll have her chance in the new year to dig into the bombastic candidate again–assuming he’s still in the race and fits Fox’s so-far-undeclared criteria.