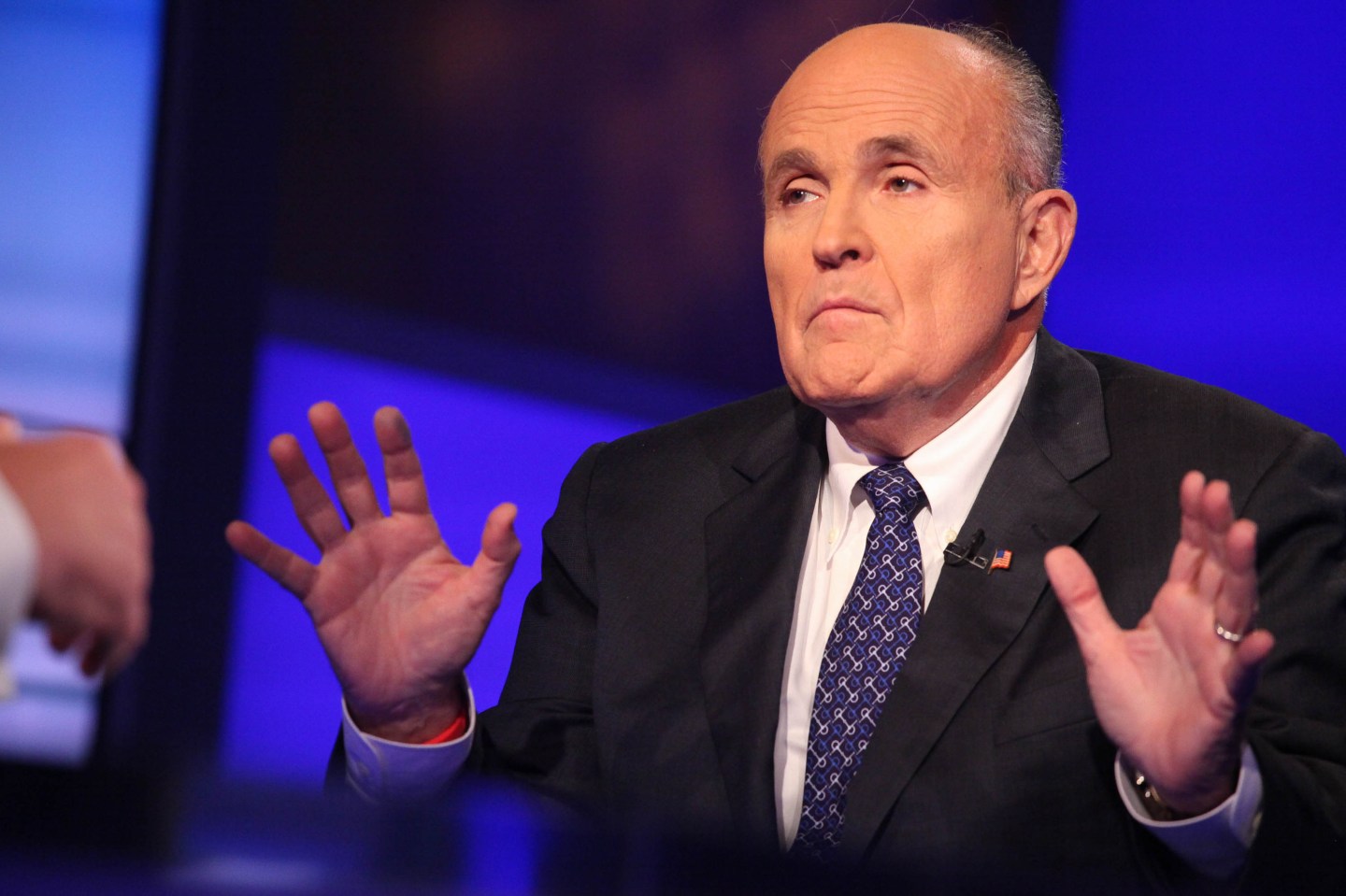 Donald Trump says he may set up a commission to study his immigration policies and his proposed ban on foreign Muslims entering the U.S. The man he may ask to lead the commission is the former New York mayor, Rudy Giuliani, who’s called Trump’s idea of a Muslim ban unconstitutional.

Trump floated the idea of a commission Wednesday on Fox News and addressed it only briefly, not saying if this would happen if he wins the White House or during his Republican presidential campaign.

Trump’s call to deny entry to Muslims from abroad until America’s security has been assured is a centerpiece of his campaign. So are his proposals to deport all people who are in the country illegally.

He says a commission would examine all those issues, as well as the question of letting in Syrian refugees, and it would be “possibly headed” by Giuliani, the mayor when New York was attacked on 9/11.

Giuliani said in December that Syrian refugees should not be let in. But he said a ban on Muslims would violate the Constitution and there can be no religious test on who is allowed into the country.