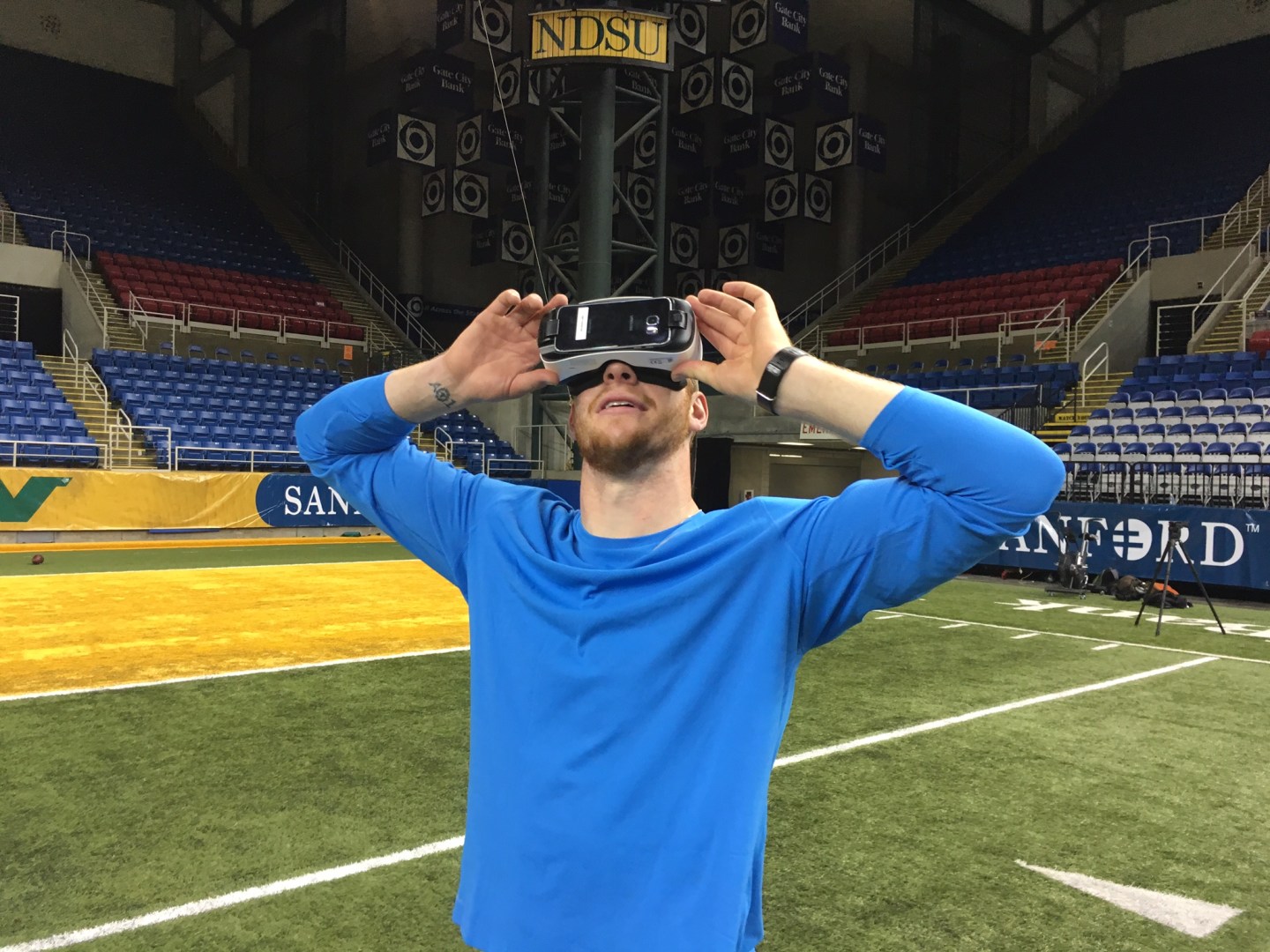 Facebook and Samsung’s virtual reality headset spawn, the Gear VR, appears to be catching on with some consumers.

Oculus, the virtual reality company Facebook bought in 2014 for $2 billion, said on Wednesday that over one million people have used the Samsung Gear VR headset in April, which indicates that consumer use of virtual reality technology is growing.

The Gear VR headset is the product of a partnership between Samsung and Oculus, the virtual reality company Facebook (FB) bought in 2014 for $2 billion. In this partnership, Samsung (SSNLF) is responsible for building the device while Oculus supplies the software.

At a press event in San Francisco on Tuesday, Oculus’s mobile head Max Cohen said the “one million people” number takes in account anyone who has seen a virtual reality video game, movie, or other related VR media on a Samsung Gear headset. He did not specify how Oculus tracks the number of people using the Gear VR, but said that Oculus was “not expecting to be at a million right now.”

Cohen was vague on many of the details behind the one million figure, and said the company did not know statistics like each person’s age or gender. He said that from what Oculus can tell based on the metric, it is no longer only so-called “early adopters” who are using the Gear VR.

He also acknowledged that in comparison to the mobile device market in general, the one million-user number is relatively small. Google’s Android operating system that powers millions of smartphones worldwide, for example, counts over 1.4 billion monthly active users.

Still, any sign of traction in the virtual reality market is important to companies like Facebook, Samsung, and HTC who see a big business in virtual reality in the future.

Technology analysts and investors will get a better picture of how the virtual reality market is growing if Samsung or Oculus eventually release how many Gear VR devices have been sold since it was released last November. It’s one thing for a person to be merely astonished by a friend’s virtual reality headset, and another thing for that person to want to actually buy one.

As of now, there’s not that much VR-related media available that would give consumers reason to splurge on a new VR headset. But companies like Samsung and HTC are trying to change that.

Oculus said that Facebook’s News Feed will begin to show 360-degree photos over the next few weeks. The Oculus executives said that people who take panoramic photos with either their smartphone or 360 camera will soon be able to have those photos shared with friends via the News Feed feature.

Additionally, people will be able to access those stored Facebook 360 photos on a VR headset via an Oculus photo app.

Oculus also gave an update on new 360 degree films that are either available or will be available on the Gear VR.

A free documentary by The Guardian on life in solitary confinement was recently released and a new free short film on nomadic cultures throughout the world was released this Wednesday. Next week, the Discovery Channel will release a new free 360 video of its popular Deadliest Catch television show. An interactive documentary on the life of a theologian who became blind will be released in late June for an undisclosed price.

Cohen said that roughly 80% of people who use the Gear VR watch video on the device and that “seven of the top apps on the Gear VR are video apps.”

The Oculus executives also said that developers have made over 250 apps for the Gear VR, including the recently released Minecraft game as well as an app that let viewers watch the Kentucky Derby in 360 degrees.