Here’s Why Macy’s Shares Are Tanking—Again 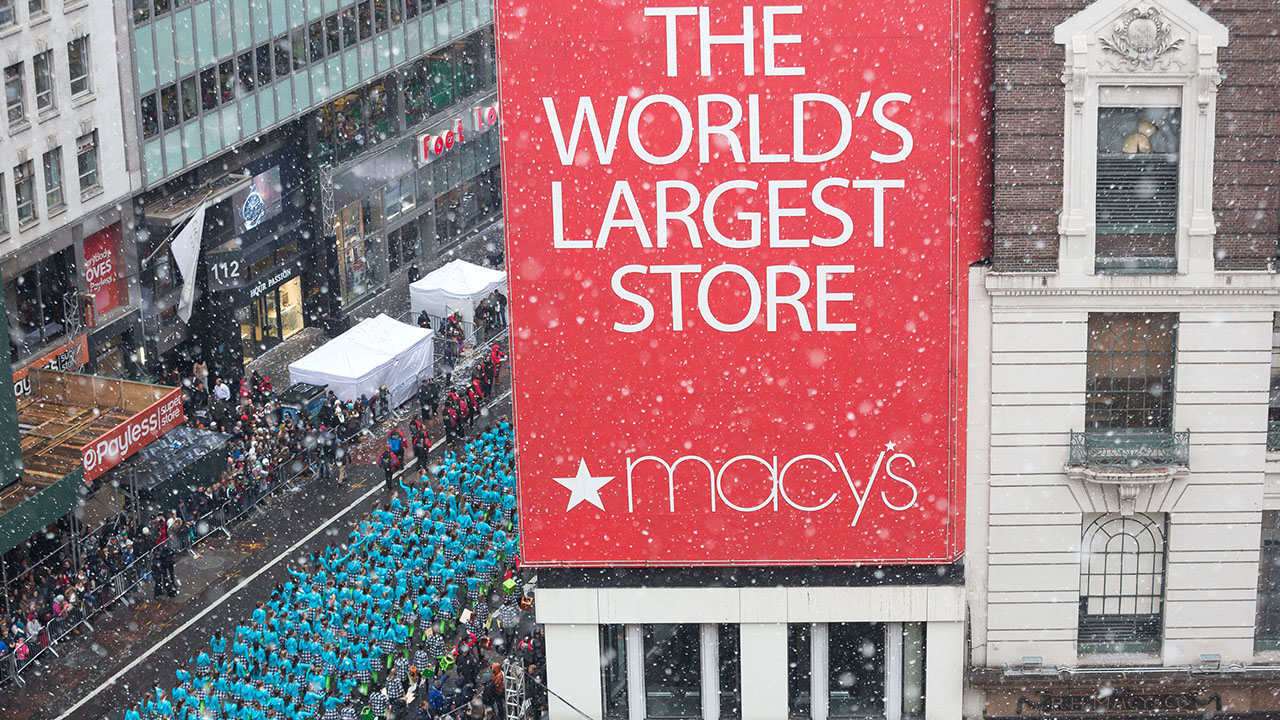 Macy’s (M) just can’t seem to get back on track.

The department store on Wednesday reported comparable sales (including shops it licenses to outside brands) fell a much worse-than-expected 5.6% in the first fiscal quarter, the fifth straight decline. The latest slump prompted Macy’s to lower its 2016 sales and profit forecast because of what it called “the uncertain direction of consumer spending.”

Analysts had expected a 3.3% drop for the quarter, according to Thomson Reuters data. For the full year, Macy’s now expects comparable sales to fall 3% to 4%, rather than the 1% forecast it previously forecast.

Shares were down 8% in premarket trading on the news, continuing an erosion in Macy’s stock market value, which has fallen by half in recent months.

Macy’s has struggled to keep up with quickly changing shopper habits. More of its shoppers are turning to off-price chains like TJX’s (TJX) T.J. Maxx that sell similar products at lower prices, and shopping online. Plus, arch rival J.C. Penney (JCP) is winning back market share it lost a few years ago. What’s more, traffic to malls is dipping. Consumers have shifted a lot of their spending from categories like apparel—Macy’s bread and butter—to areas like home improvement where the retailer isn’t a big player.

“We are not counting on the consumer to spend more, so we are working harder to give customers more reasons to buy from us by delivering outstanding style, quality and value,” Macy’s CEO Terry Lundgren said.

The one bright spot in Macy’s earnings report was a higher-than-expected adjusted quarterly profit, help by cost-cutting measures, including shedding 4,000 jobs and closing 36 stores.

To build sales again and refresh its business, Macy’s is banking heavily on the chain of Bluemercury beauty shops it bought in 2015 and the T.J.Maxx-like Backstage discount stores it started opening last year. Among other efforts, Macy’s said on Tuesday it continued to roll out those shops and is upgrading its jewelry department at more stores. The retailer is also overhauling its wedding business, as Fortune reported last week

Total Macy’s sales, which include Bloomingdale’s results, came to $5.771 billion in the first quarter, a 7.4% drop over a year earlier.

Even though the first-quarter profit was a bit better than expected, Macy’s slashed its full-year earnings forecast and now expects $3.15 to $3.40 per share, way down from the earlier estimate of $3.80 to $3.90 per share.