In Reversal, the FDA Says ‘Healthy’ Can Return to Kind Bar Packaging 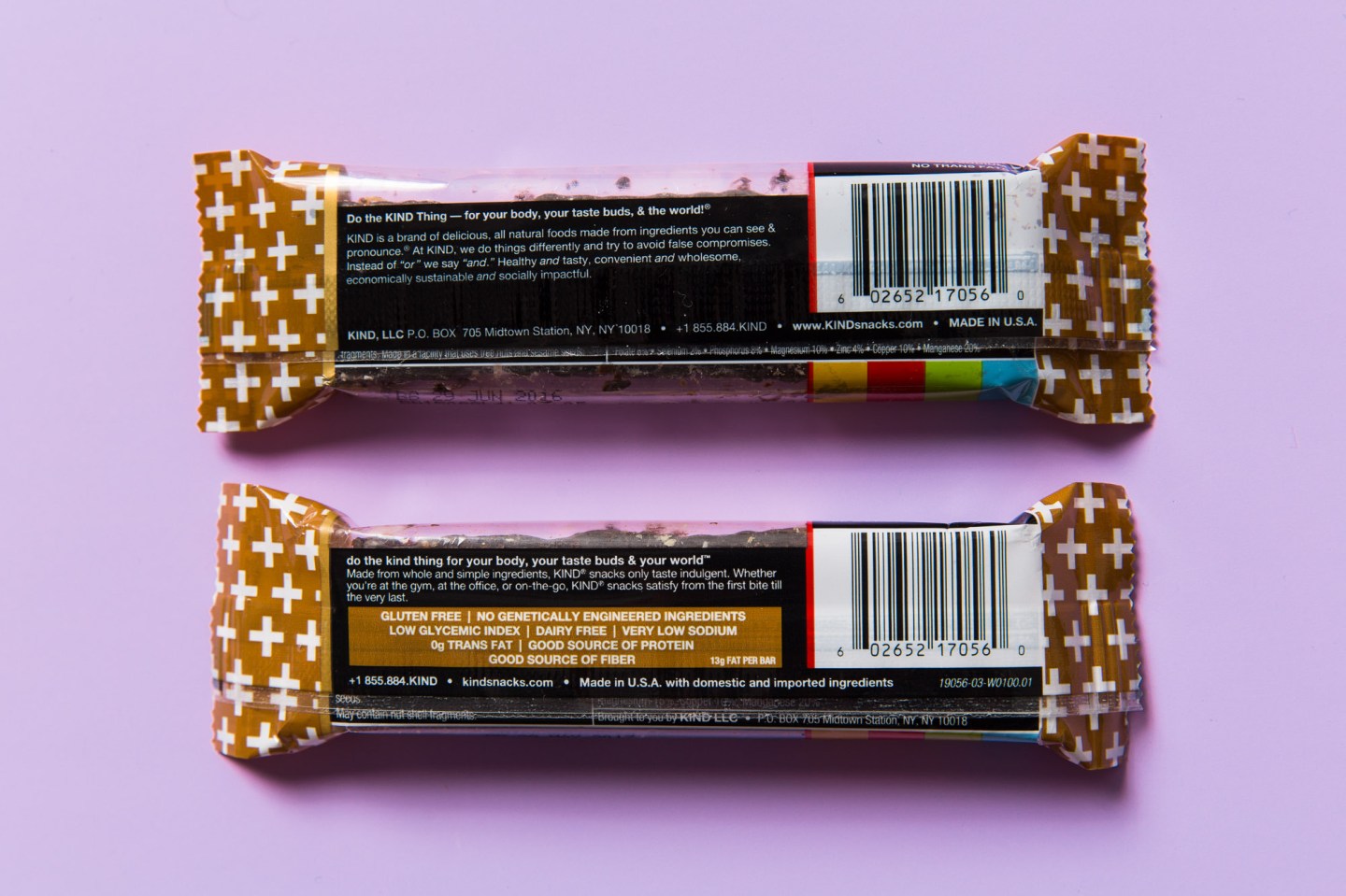 Last March the U.S. Food and Drug Administration sent the company behind the ubiquitous Kind Bar a warning letter asking that it remove the word “healthy” from the packaging of some of its products.

In addition to highlighting several other issues, the letter contended that four of Kind’s snack bars—almond and apricot, almond and coconut, peanut butter dark chocolate, and nut dark chocolate cherry cashew—exceeded the threshold outlined by the FDA for a “healthy” product: three grams of total fat and the one gram of saturated fat per serving. Nuts, one of the key ingredients in Kind Bars, pushed the products over the limit.

“That was first time people had criticized us, and we were not like a perfect shining example of upstanding behavior,” Kind CEO and founder Daniel Lubetzky tells Fortune. “It was painful because we created the company to do it differently than others did.”

But it seems the FDA has had a change of heart. In an email seen by Fortune, the FDA has said that the company can return the original language to Kind Bar packaging that says its products are “healthy and tasty, convenient and wholesome, economically sustainable and socially impactful.” It was that reference to “healthy” that the agency took issue with.

The email was prompted by a letter sent to the FDA by Kind, also seen by Fortune, in which the company asked that the agency allow it to return the language to its wrappers because it was not a nutrient claim but rather a statement about the company’s culture and philosophy.

The episode has prompted further debate and discussion about what “healthy” should really mean. The email from the FDA acknowledged that its regulations around nutrient labeling should be reevaluated as nutrition research evolves. The guidelines are “based on 20-year-old thinking that new science has overridden,” Lubetzky says. “They recognize that the regulations need to be updated. It’s an opportunity to work with policy.”

The FDA confirmed that it is allowing Kind to use “healthy” in relation to its “corporate philosophy,” not as a nutrient claim. (After this article was published, the FDA contacted Fortune to contest the use of the word “reversal” in the headline. The agency said it “it was not a reversal but rather a reevaluation.”)

After receiving the warning letter, Kind started a Citizen Petition in December that pointed out that the latest U.S. dietary guidelines highlighted the importance of foods like nuts, legumes, and eggs—a shift over past years in which federal dietary language stressed “nutrient levels in the diet rather than the overall contribution of recommended foods to a healthy diet.” The petition noted, however, that regulatory guidelines prevented labels foods like nuts, avocados, olives, and salmon from containing the world “healthy.”

Lubetzky says that the FDA has been regulating macro-nutrients like protein and fat rather than thinking about whole foods and encouraging people to eat a plant-based diet. “That should be our focus rather than obsessing about a particular fat,” he says. “You end up unwittingly incentivizing the food industry to create frankenfoods rather than real foods.”

The FDA’s decision related to Kind Bars comes at time in which labeling guidelines are struggling to keep pace with a changing food system and consumers’ increasing demand for transparency. For example, the FDA is considering defining the term “natural”—a word that currently has no real meaning within the food industry.

“In light of evolving nutrition research, forthcoming Nutrition Facts Labeling final rules, and a citizen petition, we believe now is an opportune time to reevaluate regulations concerning nutrient content claims, generally, including the term ‘healthy’,” the agency said in a statement to Fortune.

In a similar case to the Kind Bar kerfuffle, the FDA sent startup Hampton Creek a warning letter in late 2014 saying that its vegan Just Mayo products were “misbranded” because their lack of eggs meant they don’t meet the standard definition of mayonnaise. The agency ultimately decided in December that Hampton Creek could keep the name Just Mayo if it made some changes to its labels.

The story has been updated to reflect comments from the FDA.