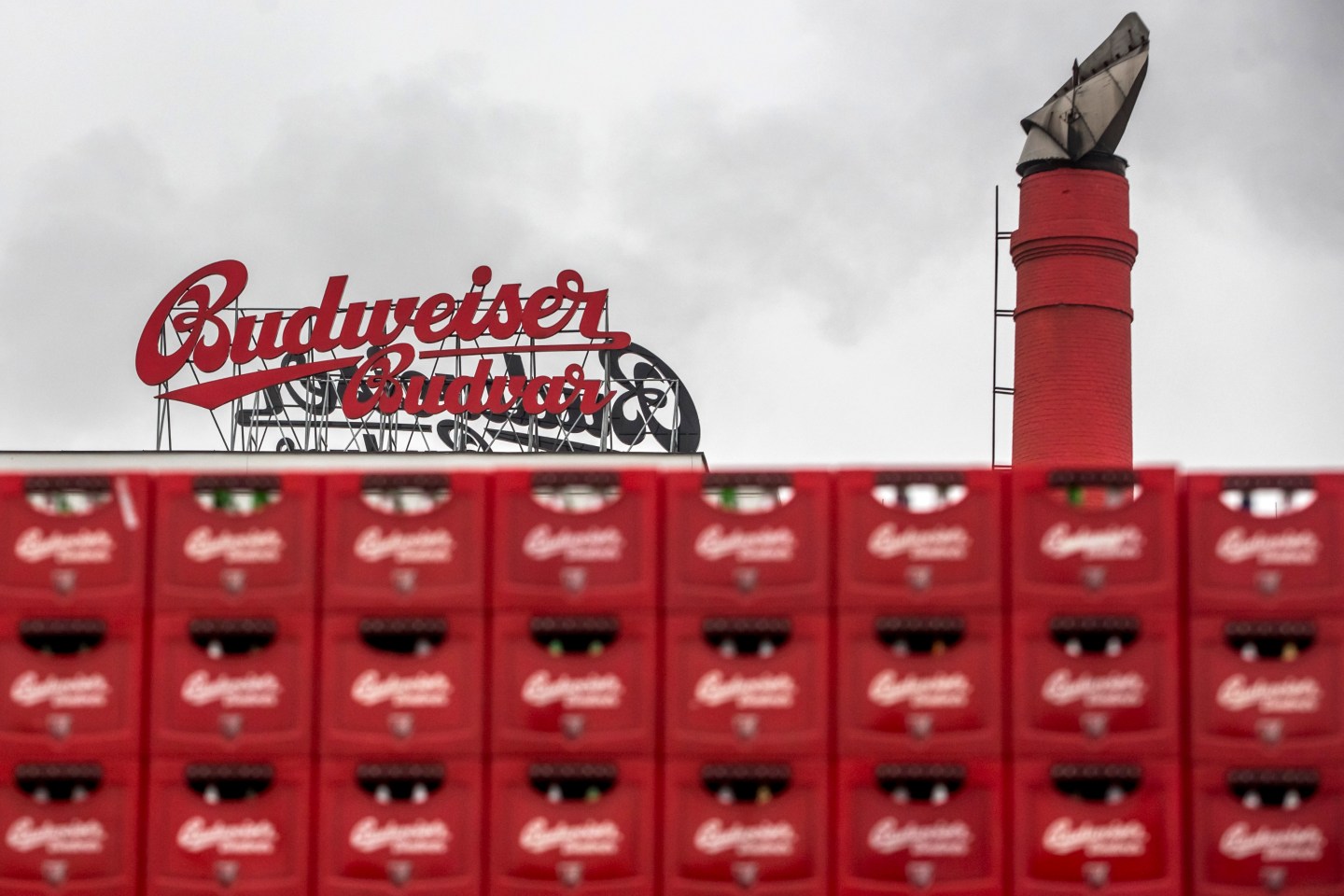 A Budweiser Budvar logo sits above a building beyond crates of beer awaiting distribution at the Budejovicky Budvar NP production plant in Ceske Budejovice, Czech Republic, on Thursday, Oct. 29, 2015. State-owned Budejovicky Budvar, the maker of the Czech version of Budweiser, exported 763,000 hectoliters abroad in 2013, a record in its 118-year history, and added seven new countries including Turkmenistan, Peru and Singapore to its 65 markets, spokesman Petr Samec said. Photographer: Martin Divisek/Bloomberg via Getty Images
Martin Divisek—Bloomberg via Getty Images

In the past Budweiser has slathered its packaging in stars and stripes and Lady Liberty, but we have yet to see the peak of its patriotism.

This summer Budweiser is debuting a new seasonal packaging that screams ‘Merica. Literally. According to AdAge, the Anheuser-Busch InBev-owned (AHBIF) beer will feature the word “America” on its front and will be adorned with various nationalistic phrases—”Land of the free, home of the brave,” “From the Redwood Forest to the Gulf stream waters,” and “Indivisible since 1776” (apparently they forgot about the Civil War).

“You have this wave of patriotism that is going to go up and down throughout the summertime,” AB InBev U.S. marketing vice president Jorn Socquet told AdAge. “And we found with Budweiser such a beautiful angle to play on that sentiment.”

Seasonal events that Budweiser is expected to capitalize on include the Olympics, Fourth of July, and the Copa America soccer tournament, which will take place in the U.S. this summer, the first time it will be held outside of South America. Budweiser is an official sponsor of the U.S. Olympic Games, and a number of Olympic athletes are slated to appear in new ads in June.