Budweiser Sales Are Spiking in This European Nation 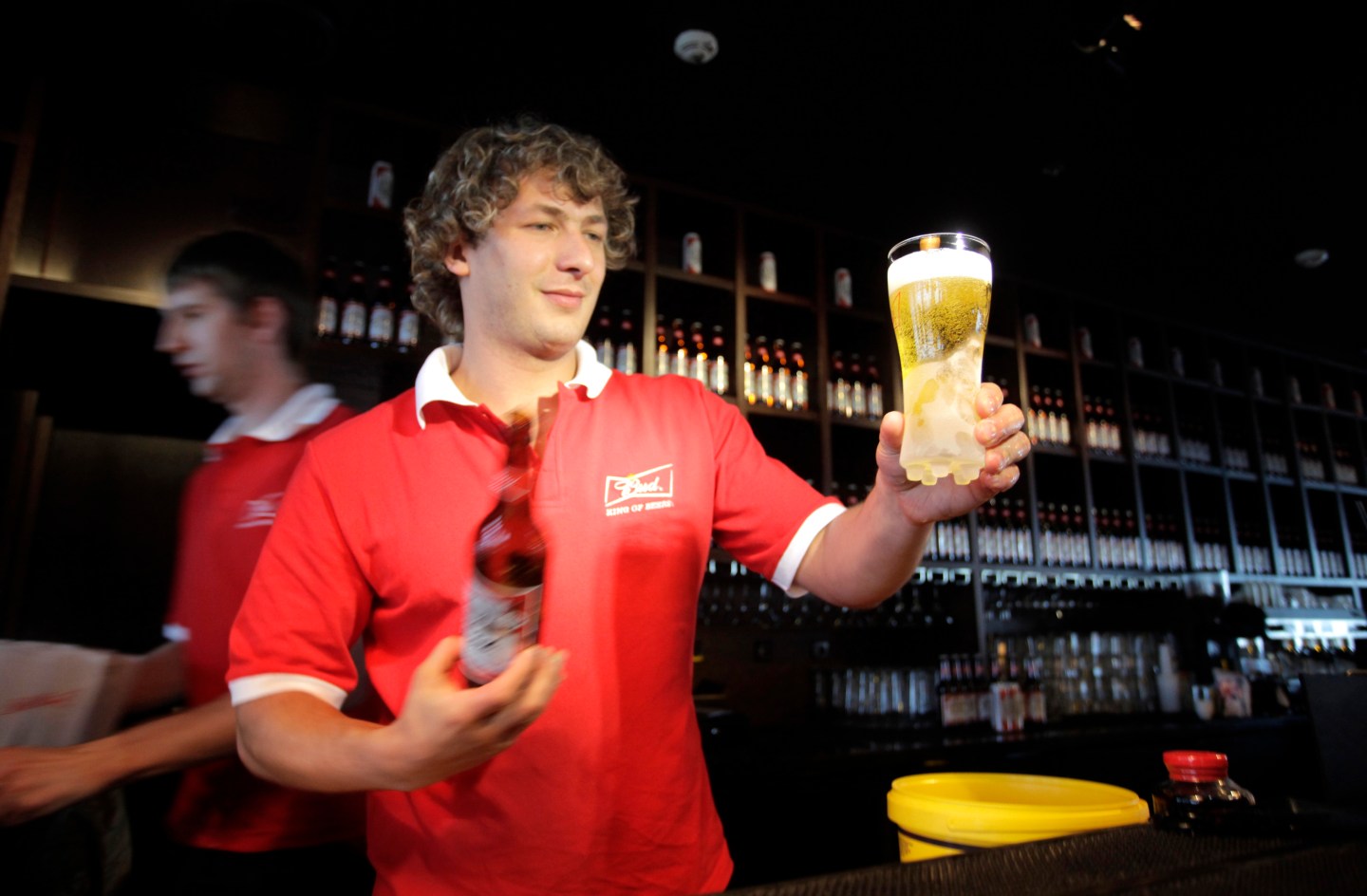 Budweiser calls itself the “great American lager.” But, in terms of beer sales, Mother Russia is looking much more hospitable to the iconic brand than its own home turf.

U.S. sales for Anheuser-Busch InBev’s (BUD) flagship Budweiser brand have gone stale in recent years, along with those of several other mainstream brewers, as Americans trend more toward craft brews. One place where the “King of Beers” is still expanding its market share is Russia, where sales are growing “at a double-digit pace,” the head of AB InBev’s Russian unit told Bloomberg.

What makes Russia’s increasing fondness for Bud even more interesting is that the country’s own beer brewers have actually cut their production significantly in recent years—due in large part, to a state-backed anti-alcohol campaign that raised excise taxes on beer and other alcoholic beverages. Earlier this year, a report from the U.S. Department of Agriculture found that Russian beer production dipped 7.3% in 2015 and had declined more than 35% since 2010, when excise taxes were hiked.

Meanwhile, AB InBev has helped offset those taxes and grown Budweiser’s sales in Russia by positioning its flagship brew as a premium beer with a reasonable price tag. Budweiser is targeting younger consumers in Russia, presenting itself as a global brand while increasing sponsorship at sporting events such as the Russian-hosted 2018 World Cup, according to Bloomberg.

At the same time, AB InBev has increased production at its own local factory near Moscow, which helps offset a strong U.S. dollar’s advantage over the ruble while allowing the company to price its beers competitively, compared with other so-called premium beers on the market.