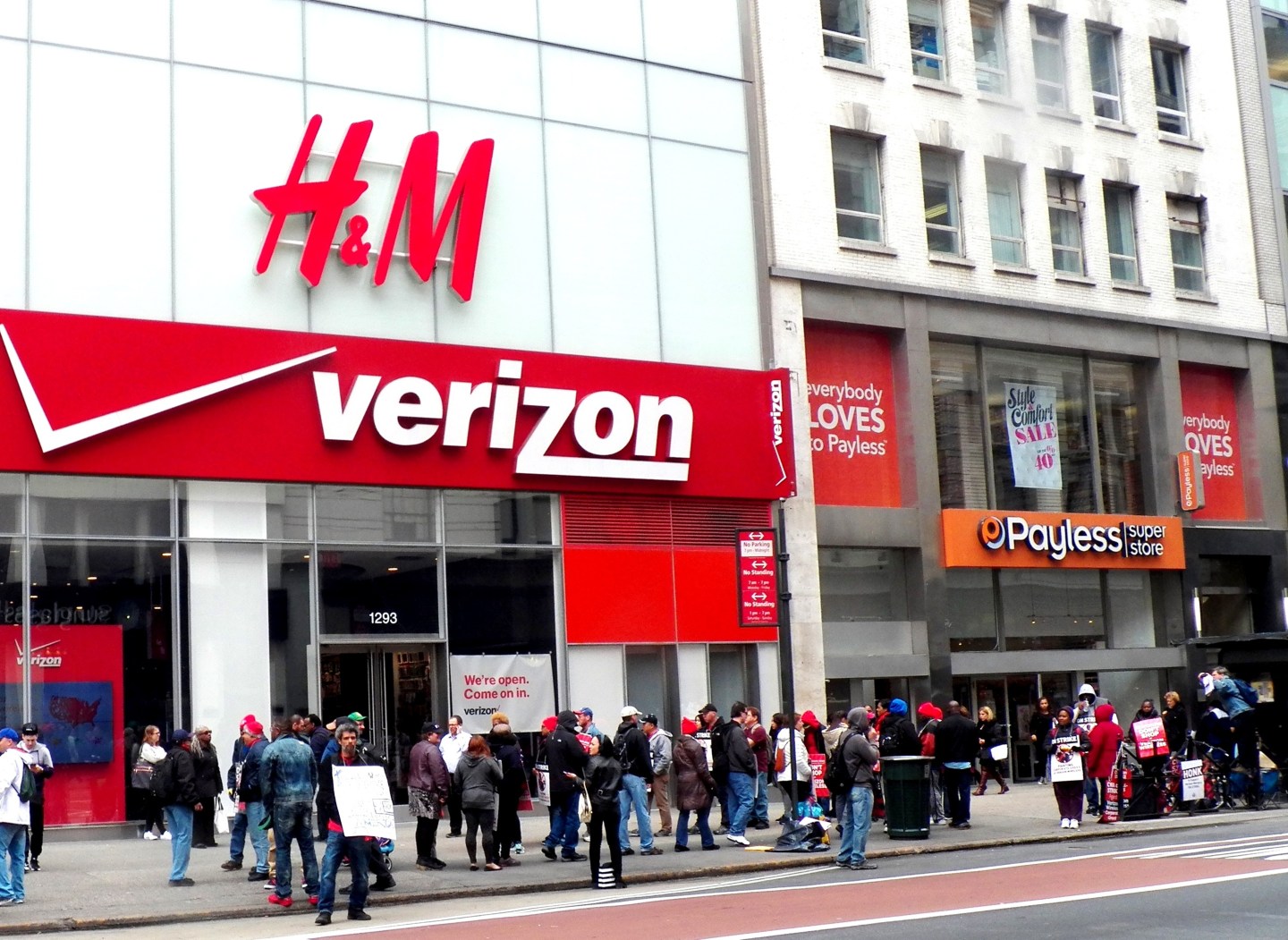 Thousands of workers striking against Verizon Communications plan to expand their protests against the company on Thursday, fanning out to 400 hundred stores and locations across the country, just as the company holds its annual shareholder meeting.

The two unions involved in the walkout, now entering its fourth week, said they would they would set up picket lines outside hundreds of Verizon wireless stores across the country, for the first time not just in the Massachusetts-to-Virginia northeast region where the strike is occurring. That will bring more direct news—and noise—of the strike to consumers from Chicago to San Francisco and Dallas, for example.

Verizon (VZ) and most outside analysts expected that the strike by some 40,000 members of the Communications Workers of America and International Brotherhood of Electrical Workers would be settled fairly quickly, as a similar walkout in 2011 ran for only two weeks (though it took another year to agree on a contract). The company is using replacement workers but could feel a financial pinch if the labor action drags on from delayed customer installations. The unions have also called for a boycott of Verizon Wireless.

Now both sides appear to be digging in, with the company adding thousands more replacement workers last week and the CWA tapping its $400 million strike fund to pay benefits to workers who walked off the job. Talks between the sides have occurred sporadically but made no progress.

Increased protests come as the union is also pushing several shareholder proxy measures at Verizon’s annual meeting in Albuquerque, N.M., on Thursday. The union, which says its members own $1.3 billion worth of Verizon stock, wants to give shareholders the power to approve future executive severance agreements, require an independent chairman of the board of directors, and impose limits on executives selling shares they receive as part of compensation.

The strike itself, which started when almost 40,000 workers who service and install old-fashioned telephone and FiOS Internet and television services walked out on April 13, is largely about job security. Verizon has made concessions on wages and benefits, but workers are concerned about proposals that could move call center employees to Mexico or the Philippines, outsource more installing jobs to nonunion contractors, and require employees to take assignments in another city for up to two months.

Shares of Verizon were up 0.3% to $50.84 on Wednesday. The company had been one of the top-performing stocks in the market before the strike, but has sold off 1.5% since it began while the S&P 500 Index has gained 0.5%. Verizon CFO Fran Shammo said last month the company expected no financial impact from the strike, at least in the second quarter. But now some analysts worry Verizon may have to revisit that forecast.

Verizon is expected to release the results of shareholder proxy votes at its Albuquerque meeting today. The union has won the support of some large pension funds that invest in Verizon but most proxy battles are won by the company management.