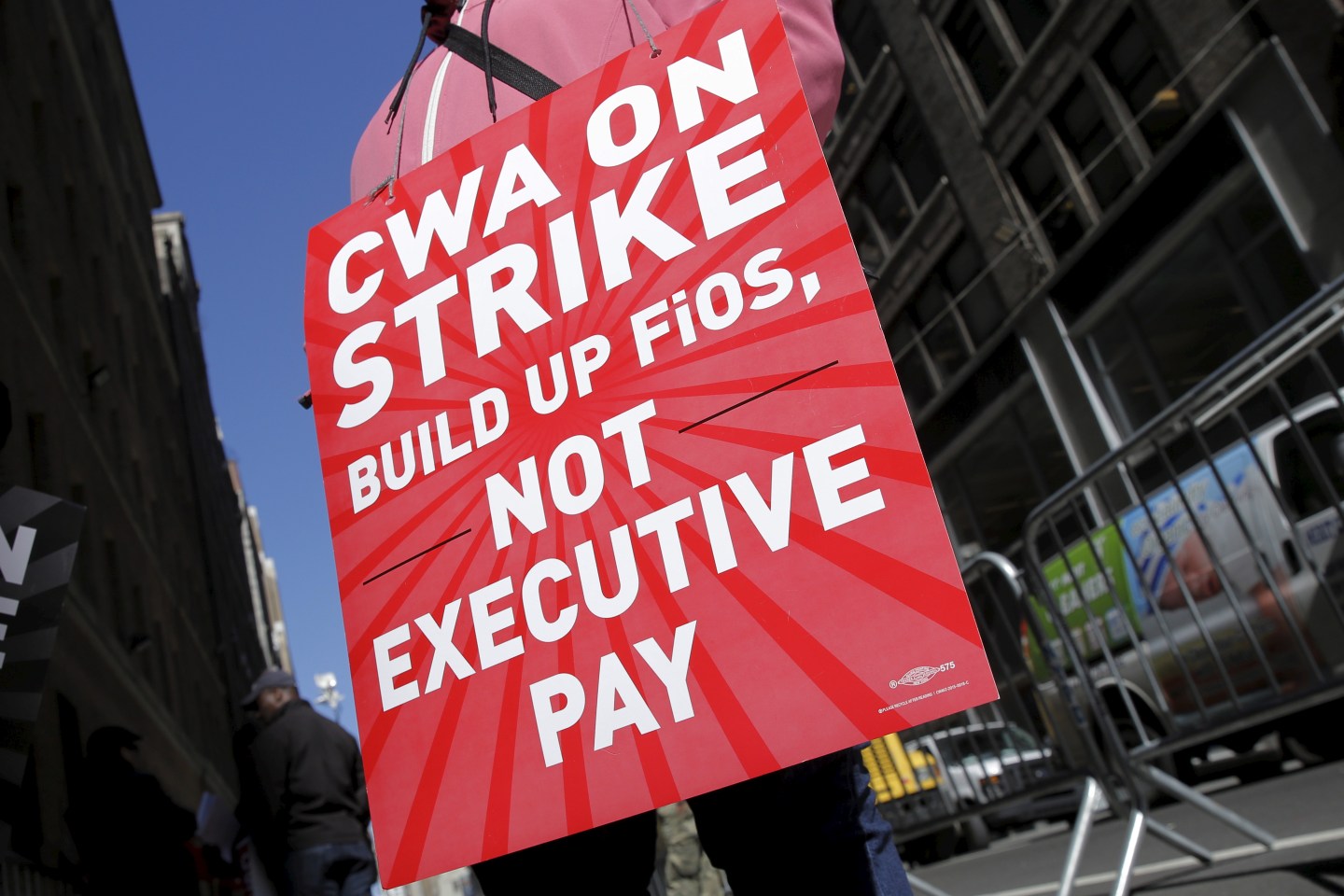 Verizon Communications said it met with representatives for some 40,000 striking workers on Thursday and made a new “last, best final offer.” But union representatives were unimpressed.

Verizon said the new offer included 7.5% of total wage increases, maintaining current job security protections and some changes to pension and healthcare benefits. The company also offered some changes to its proposals for outsourcing work and making employees go on lengthy assignments to other cities, which have been among the union’s top issues.

“From the beginning, our goal has been to reach an agreement that’s fair to our employees, good for our customers and helps our company better compete in the digital world,” Marc Reed, chief administrative officer at Verizon, said in a statement. “This offer meets those objectives. A better offer would be hard to find.”

Representatives for the unions involved, the Communications Workers of America and the International Brotherhood of Electrical Workers, blasted the proposal. “The talks were extremely disappointing,” Robert Master, a spokesman for the CWA said of the unions’ assessment. “It does not seem serious.”

Thousands of Verizon (VZ) employees from Massachusetts to Virginia who primarily install and support landline phones and the Fios fiber optic network walked off the job on April 13 after working without a contract for nine months. They have picketed Verizon retail stores and called for a boycott of the company’s services.

Thursday’s meeting was not the first since the strike started. Though previously unreported, the two sides held two short, unproductive meetings in the week following the beginning of the strike.

The unions say Verizon wants to outsource call center jobs to Mexico and the Philippines, increase the use of non-union contractors and assign workers to another city for up to two months at a time. Verizon says it needs greater flexibility to cut costs at a time when wireline services are shrinking.

There has been no indication how long the strike might last from either side. A similar job action in 2011 lasted only about two weeks, but it then took another year for the sides to reach agreement on a new contract.

The strike has yet to have serious impact on Verizon’s financial results, the company said last week. But consumers are starting to become wary of the Verizon brand, according to market research firm YouGov Index. Verizon’s score in consumer surveys conducted by YouGov dropped to the lowest level since news broke in 2013 of the company sharing phone records with the National Security Agency.