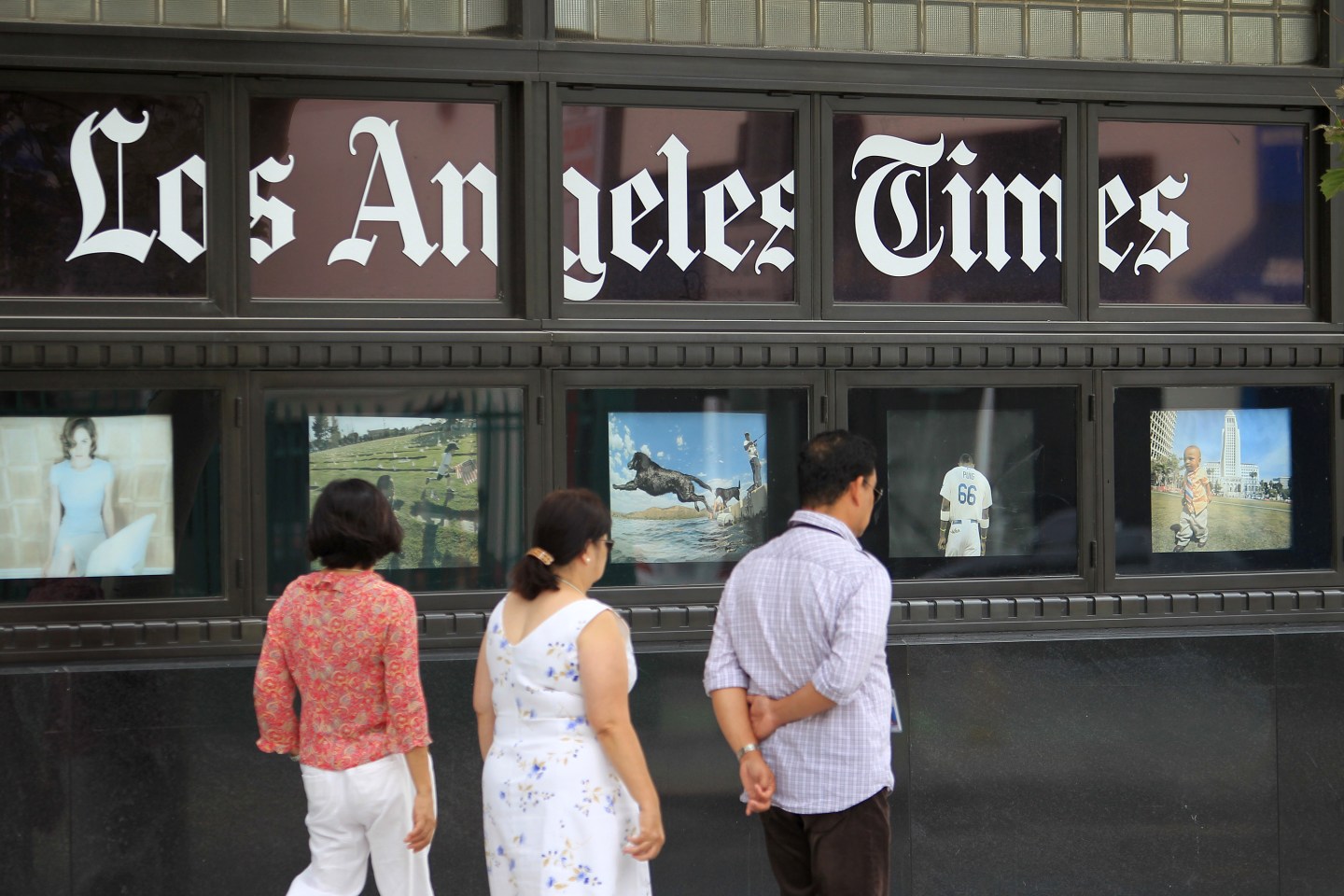 LOS ANGELES, CA - JULY 10: Pedestrians pass photos displayed on the Los Angeles Times building after the Tribune Co. announced that it wants to split its broadcasting and publishing businesses into two companies on July 10, 2013 in Los Angeles, California. The new Tribune Publishing Co. would own the Los Angeles Times, the Chicago Tribune and six other daily papers. In addition to those newspapers, the Chicago-based Tribune currently owns 23 TV stations, including KTLA-TV, cable network WGN America. (Photo by David McNew/Getty Images)
Photograph by David McNew — Getty Images

Tribune Publishing said on Wednesday its board unanimously rejected Gannett’s unsolicited takeover offer, preferring to pursue a strategic plan to revive its print business and tap growth in digital content.

Last month, Gannett (GCI), the owner of USA Today, made a takeover bid for Tribune at $12.25 per share in cash, in a deal worth roughly $815 million. Tribune owns the Los Angeles Times and Chicago Tribune newspapers, as well as metro dailies like the Orlando Sentinel.

In a letter on Wednesday, Tribune told Gannett’s management that its board had reviewed the bid and concluded that “the price reflected in the proposal understates the company’s true value and is not in the best interests of our shareholders.” It does not warrant “further discussion,” the company said in a statement.

Tribune Publishing is in the early stages of a strategic transformation, it said in the letter.

For more about media, watch:

It added that its board believes that its new plan, which includes driving revenue from content brands, growing the Los Angeles Times as a global brand and embracing a digital strategy will “generate shareholder value in excess of Gannett’s opportunistic proposal.”

Tribune said on Wednesday it expects full-year 2016 revenue in the range of $1.6 billion to $1.625 billion, falling short of the average analyst estimate of $1.65 billion, according to Thomson Reuters I/B/E/S.