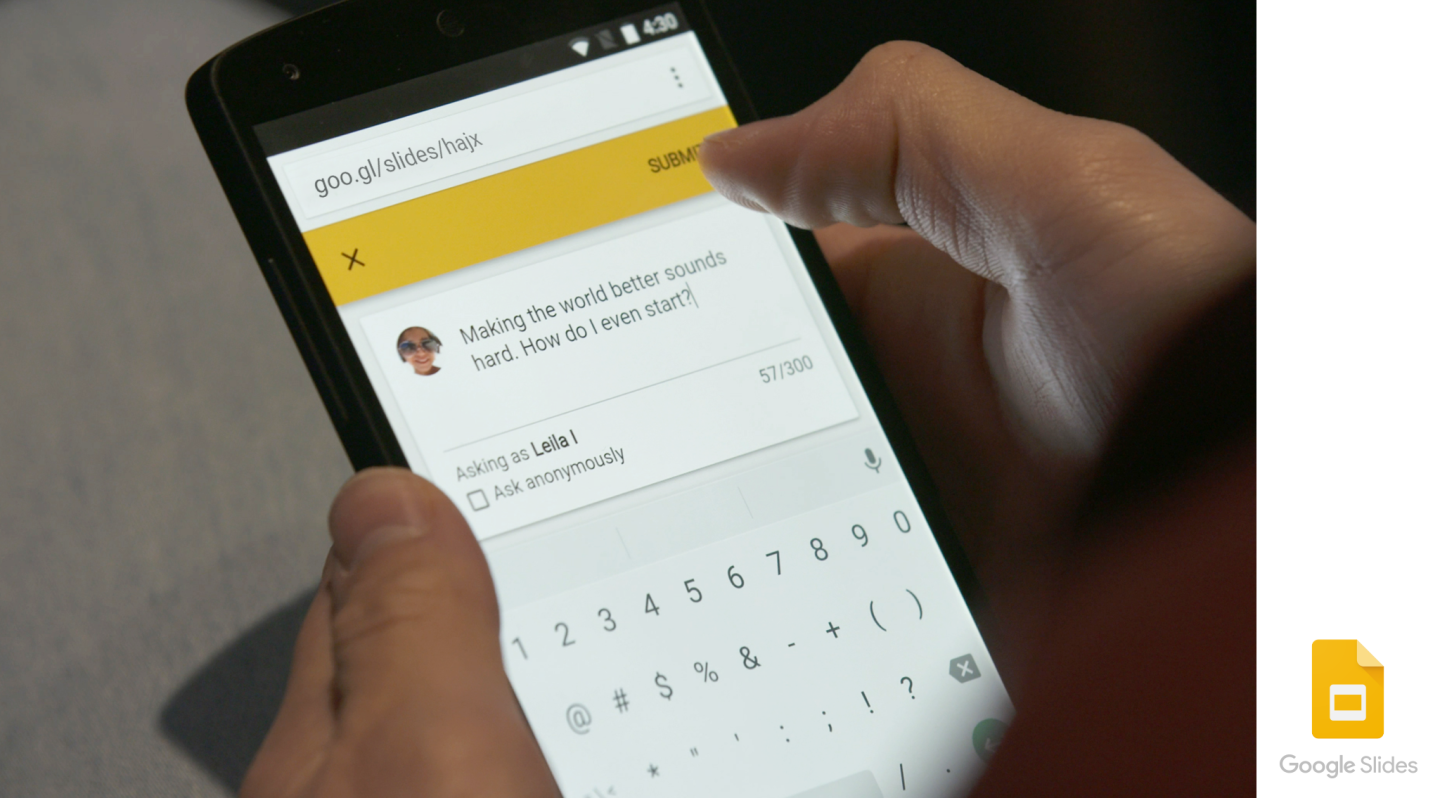 Do you know anyone who enjoys slideshows? Me neither.

That’s a problem Google is trying to address with a new feature for its Slides presentation software. Inspired by the traditional Q&A format, the Internet giant is nudging slideshow viewers to ask questions in near real-time by clicking on a link on laptop, tablet, or smartphone screens. Then, in a sort of crowd-sourced model, the audience can vote on which questions they want answered.

Google’s (GOOG) stated goal for this new Slides Q&A functionality is to make it easier for people to interact in crowd situations. But clearly the company wants Google Slides to compete better with Microsoft (MSFT) PowerPoint, the market leader in slide creation and presentation software.

Google Slides, part of the overall Google Apps suite, already competes with Microsoft PowerPoint, part of the Microsoft Office Suite. PowerPoint has become, for better or worse, the standard for slide shows.

The Google Slides update is being rolled out for Apple (AAPL) iOS and Android devices as well as for the Web later on Wednesday.