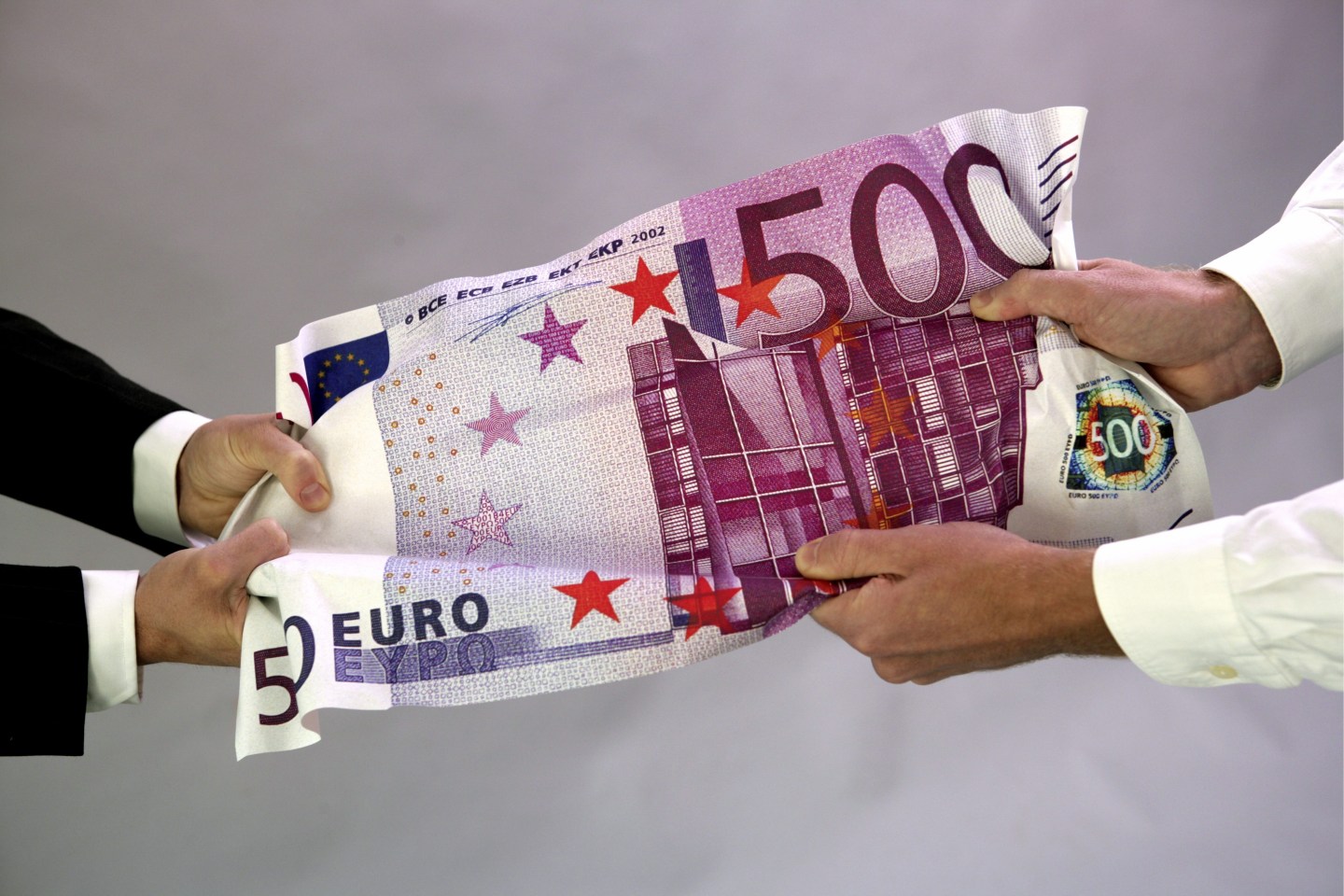 After months of heavy deliberation, the European Central Bank decided Wednesday to phase out the €500 banknote in an effort to curb terror financing and other illegal activities.

The bank announced plans to end production of the €500 note—worth $574—by the end of 2018, though bills in circulation will be taken as legal tender.

The note, also dubbed the Bin Laden, is rarely used by the general public. About 60% of Europeans say they’ve never seen one—but has been used to evade taxes, in terrorist operations, and other illegal activities.

But for some, the decision is momentous in ways more than just fighting criminal activity.

The move may also signify a greater push into a cashless economy, in which credit cards, digital payments and perhaps, one day, even bitcoin dominate.

“Eliminating the bank note could help temper criminal activity, but in reality the implications are much broader,” analysts from Stratfor wrote in a February research note. “The idea is just the most recent step in an ongoing process moving Europe, and indeed the world, closer to an entirely cashless economy.”

Indeed, European governments have been making efforts over the past few years to reign in cash. And governments also have a reason to create a cashless society: digital transactions make it far easier to regulate cash flows in and out of the country, and keep track of who is holding on to what. After all, who digitally transferred money where can be easily tracked—cash on the other hand, generally does not come with GPS. That would allow governments to make policies such as negative interest rates and capital controls potentially more effective.

And according to some experts, other high denomination currencies around the world will be next to get the axe.

Peter Sands, former CEO of Standard Charter, predicted in a February paper that the 1,000-Swiss franc ($1,045 USD), 10,000-yen ($94 USD), and $100 note should be the next to go, as governments seek to curb financing for illegal or terrorist organizations.

Meanwhile, the Scandinavian countries of Denmark, Norway, and Sweden are already leading the way to the cashless society—in part because they can’t keep track of cash, and suspect large portions of their currency are being used for illegal activities. Denmark has even made it a goal to become cashless by 2030.

Though a completely cashless world may still be a ways off. Not everyone has been happy about phasing out the €500 note—namely, the more cash-heavy members of the EU including Germany where 80% of transactions are conducted in cash, who have heavily protested ending the note. Not only do Germans appreciate the anonymity cash provides—but the country has also experienced multiple eras of hyper-inflation in World War I and World War II—which may have led the country to prefer holding onto cash in case of future financial crises.

Bitcoin is also a ways off from functioning as a stable, mainstream currency. Bitcoin is not pegged to any other currency, which has no central bank to control its fluctuations in value. For example, the price of bitcoin has gone from $385 to $446 in the past three months, according to CoinDesk. And while the EU attempts to clamp down on cash used in illegal transaction, bitcoin’s anonymity and lack of regulation has facilitated a billion-dollar drug ring on Silk Road that was later busted by U.S. federal investigators.

But while governments around the world cut back on the bigger bills, smaller denominations are still likely to hang around for a while yet, as authorities have no reason to cut down on it, according to Global Research.