Donald Trump Is Looking to Knock Ted Cruz Out in Indiana 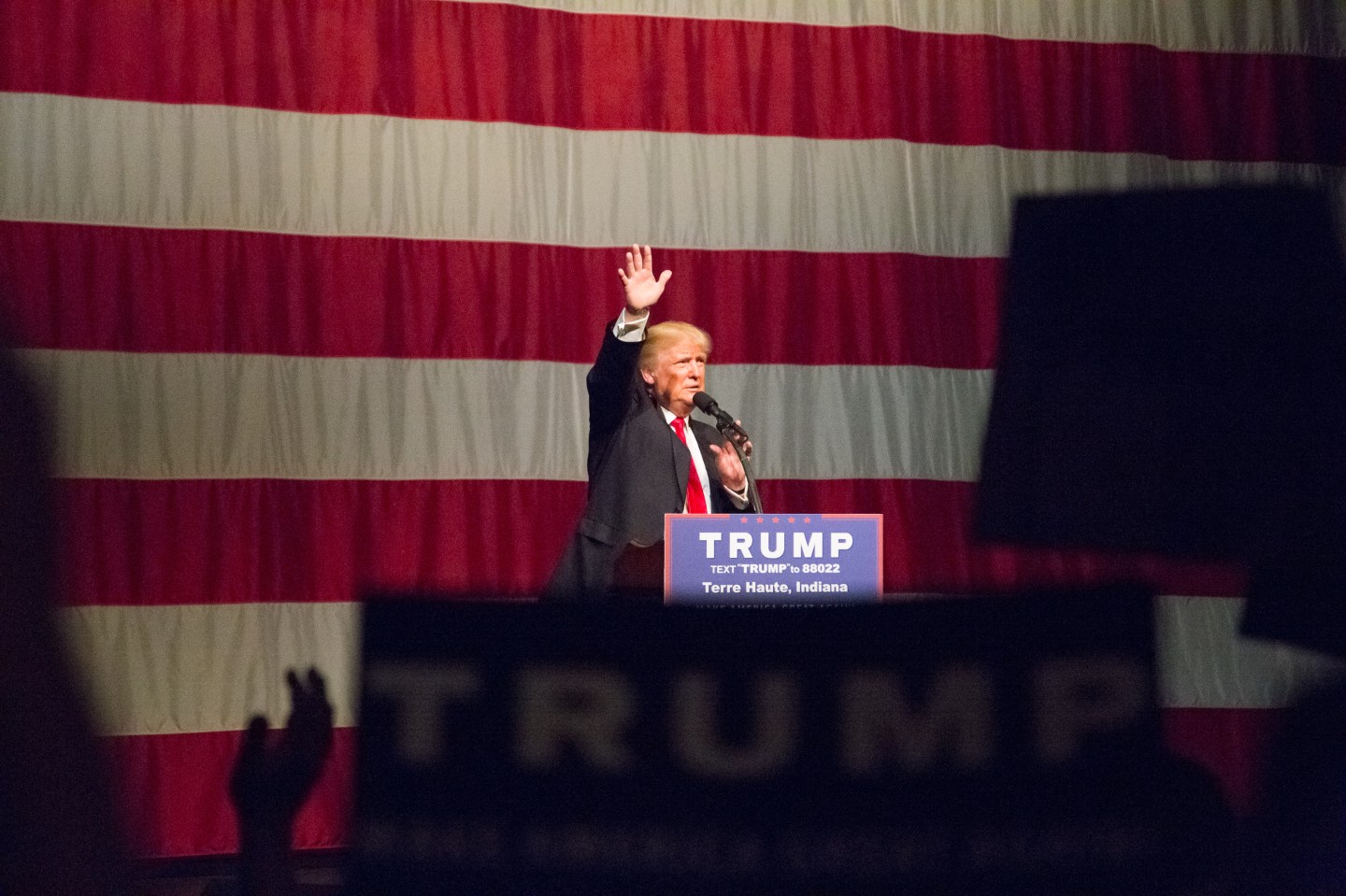 Back in the part of the country where he last lost to Ted Cruz, Republican presidential front-runner Donald Trump is confidently pushing for a win Tuesday in Indiana that he argues ought to knock the Texas senator out of the race.

Buoyed by a sweep of last week’s primary elections along the East Coast, the billionaire businessman appears to have learned a few lessons from his defeat last month to the Texas senator in nearby Wisconsin.

There have been no slip-ups on talk radio in recent days, nor stumbles over issues that matter deeply to Republican voters. Trump arrived in Indianapolis to start campaigning the day after winning his home-state New York primary weeks ago and began spending money on television advertising far sooner than he did in Wisconsin.

Addressing a cheering crowd at a Sunday rally in Terre Haute, the first of four events in Indiana over the final two days before Tuesday’s election, Trump bragged: “If we win here, it’s over, OK?”

Not quite, as the New York real estate mogul can’t win enough delegates Tuesday to clinch the Republican nomination. But after his wins in five states last week, Trump no longer needs to win a majority of the remaining delegates at stake in the remaining primaries to lock up the GOP nomination.

Cruz has no such cushion. Already eliminated from reaching 1,237 delegates needed to win the nomination outright, he desperately needs a victory in Indiana to keep Trump from that number and press ahead with his strategy of claiming the nomination at a contested convention in Cleveland this summer.

“This whole long, wild ride of an election has all culminated with the entire country with its eyes fixed on the state of Indiana,” Cruz said Sunday at a late night rally. “The people of this great state, I believe the country is depending on you to pull us back from the brink.”

The importance of Indiana for Cruz became evident even before he and fellow underdog John Kasich formed an alliance of sorts, with the Ohio governor agreeing to pull his advertising money from Indiana in exchange for Cruz doing the same in Oregon and New Mexico.

But that strategy, which appeared to unravel even as it was announced, can’t help either man with the tens of thousands of Indiana voters who had already cast ballots: Early voting began in Indiana three weeks before they hatched their plan.

It also risks alienating those who have yet to vote, said veteran Indiana Republican pollster Christine Matthews. She said she believes many have continued to vote for Kasich in Indianapolis and in the wealthy suburbs north of the city.

“Indiana voters don’t like the idea of a political pact, or being told how to vote,” Matthews said.

It’s those voters Cruz needs, argued Pete Seat, a Republican strategist in Indiana whose firm was advising Kasich. He questioned why Cruz was focusing so much effort in blue-collar northern Indiana, where Trump is popular, instead of the voter-rich suburban counties that ring the state capital.

“If I were advising him, I’d tell him you need to be in these doughnut counties,” Seat said.

There are other key differences between Indiana and Wisconsin.

While anti-Trump groups have spent almost $3 million in Indiana and Cruz’s campaign has spent $3.4 million on television, Trump has countered with just over $1 million of his own ads — something he didn’t do until very late in Wisconsin.

The endorsement of Indiana’s Republican governor, Mike Pence, wasn’t as robust for Cruz as was that of Wisconsin Gov. Scott Walker. And Trump rolled out his own big name endorsement, former Indiana basketball coach Bobby Knight, before Cruz won over Pence.

In Indiana, Trump heads into Tuesday with all of his usual confidence. He went after Cruz on Sunday, suggesting evangelical conservatives have “fallen out of love with him” and mocked his decision to announce former GOP presidential candidate Carly Fiorina as his running mate.

Trump let on that he’s eager to move on to a likely general election race against Hillary Clinton.

He said the end game of the primary battle with Cruz is “wasting time” he could be spending raising money for Republicans running for the Senate.

“It would be nice to have the Republican Party come together,” Trump told supporters in Fort Wayne. “With that being said, I think I’ll win anyway.”