This Is How Many People Toddlers Have Shot in the U.S. This Year 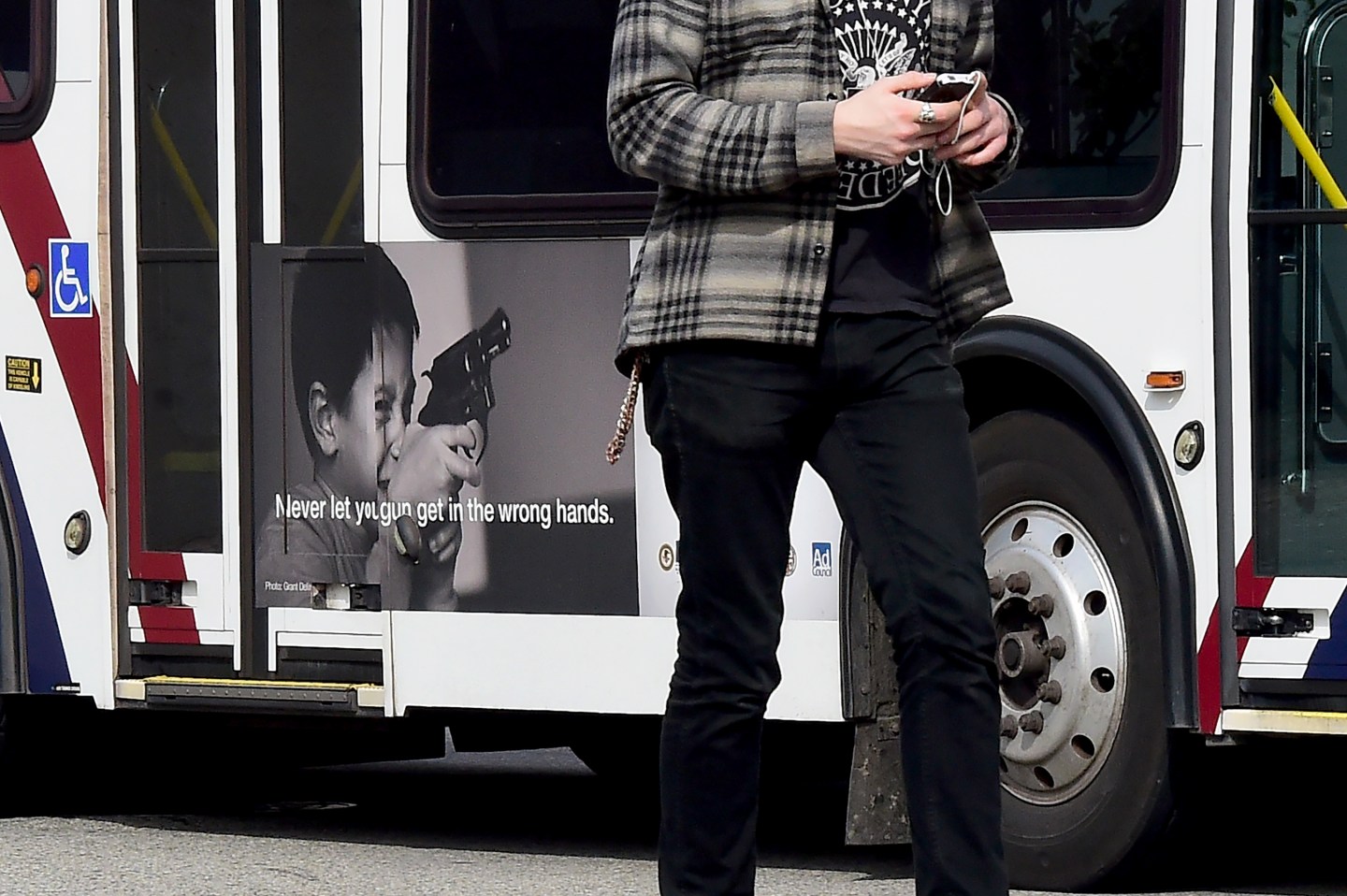 A pedestrian crosses a street in Los Angeles on January 22, 2016 A public awareness campaign which debuted this week on some city buses shows a young boy pointing a handgun as if it were a toy, in an effort to remind residents about a city law, adopted last year, which requires guns be disabled or stored in a locked container when kept at home. The ad reads: "Never let your gun get in the wrong hands." / AFP / AND Frederic J. BROWN (Photo credit should read FREDERIC J. BROWN/AFP/Getty Images)
Photo by Frederic J. Brown—AFP via Getty Images

Toddlers are somehow getting their hands on firearms, and the results are fatal.

Last year, toddlers (children one, two, or three years of age) were shooting people, either themselves or others, at a rate of about one per week. The Washington Post reports that the pace has since picked up. In the first five months of 2016, there have been at least 23 reported shootings by toddlers, as compared to 18 in the same time period last year.

In 18 of those 23 incidents the children shot themselves, and in half of those cases they died. Of the remaining five incidents, two of them were fatal. As for all kids under 18 years old, there have so far been 77 cases this year alone in which a child accidentally shot someone.

Since January 2015, Georgia has had the highest rate of toddler shootings, with eight reported incidents. Texas and Missouri follow with seven, and Florida and Michigan are next in line with six each.

There’s no available data to explain why this is more common in certain areas. Illinois, for example, has had no cases of toddler shootings since January of last year, even though Chicago is infamous for its gun violence.

Additionally, Missouri and Georgia’s laws regarding gun storage and child access are fairly lenient; New York, however, has no child access laws in place and has seen one toddler shooting in the same time period that Georgia and Missouri have seen a collective 15. The difference could be cultural, making toddler shootings more prevalent in areas where the presence of guns is more normalized.