This Is How the NRA Reimagines Fairytales 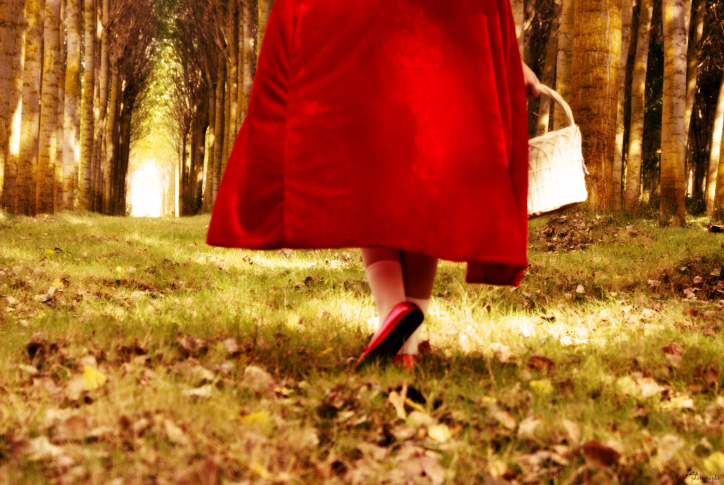 The National Rifle Association has released a series of reimagined Brothers Grimm fairytales in which the gun advocacy group tones down the stories’ violence with the help of firearms.

The NRA has posted variations of “Little Red Riding Hood” and “Hansel and Gretel” on its family-directed blog in the past few months, rewritten by children’s book author Amelia Hamilton. The gruesome parts of the stories—the Big Bad Wolf swallowing Little Red Riding Hood and her grandmother whole or the witch holding the two children hostage—no longer happen. The main characters now have guns, allowing them to deal with danger.

In the new version of “Little Red Riding Hood,” the title character makes her way through the forest with a rifle, which reassures her. She meets the Big Bad Wolf and shows him her rifle. The wolf runs away scared and makes his way to her grandmother’s cottage. As the he prepares to eat the elderly woman, the blog continues:

“The wolf leaned in, jaws open wide, then stopped suddenly. Those big ears heard the unmistakable sound of a shotgun’s safety being clicked off. Those big eyes looked down and saw that grandma had a scattergun aimed right at him. He realized that Grandmother hadn’t been backing away from him; she had been moving towards her shotgun to protect herself and her home.

“I don’t think I’ll be eaten today,” said Grandma, “and you won’t be eating anyone again.” Grandma kept her gun trained on the wolf, who was too scared to move. Before long, he heard a familiar voice call “Grandmother, I’m here!” Red peeked her head in the door. The wolf couldn’t believe his luck—he had come across two capable ladies in the same day, and they were related! Oh, how he hated when families learned how to protect themselves.”

The Big Bad Wolf is then tied up, the Huntsman takes him away, and they all live “safely happily ever after.”

A number of readers took to Twitter spin their own gun-filled versions of fairytales:

Three goats approached the bridge. The troll, hiding under the bridge, quickly drew his concealed Glock and shot the goats. #NRAFairyTales

Spurned, the littlest mermaid wastes the thankless prince with her .357 Magnum (pink of course) and returns to the sea #NRAFairytales

#NRAFairyTales "Hickory Dickory Dock; I got that mouse with a Glock"

#NRAFairyTales; "The porridge was too cold, the bed was too hard, but this AK47 is just right. Who's up for some bearskln rugs?"

In Hamilton’s reimagined “Hansel and Gretel,” the children aren’t abandoned in the woods due to their parents’ hunger—instead, they leave the village voluntarily to hunt, hoping to save the village from famine. They succeed, avoid capture, and then lead the sheriff to arrest the witch.