Puerto Rico Will Officially Default on a $422 Million Payment Monday 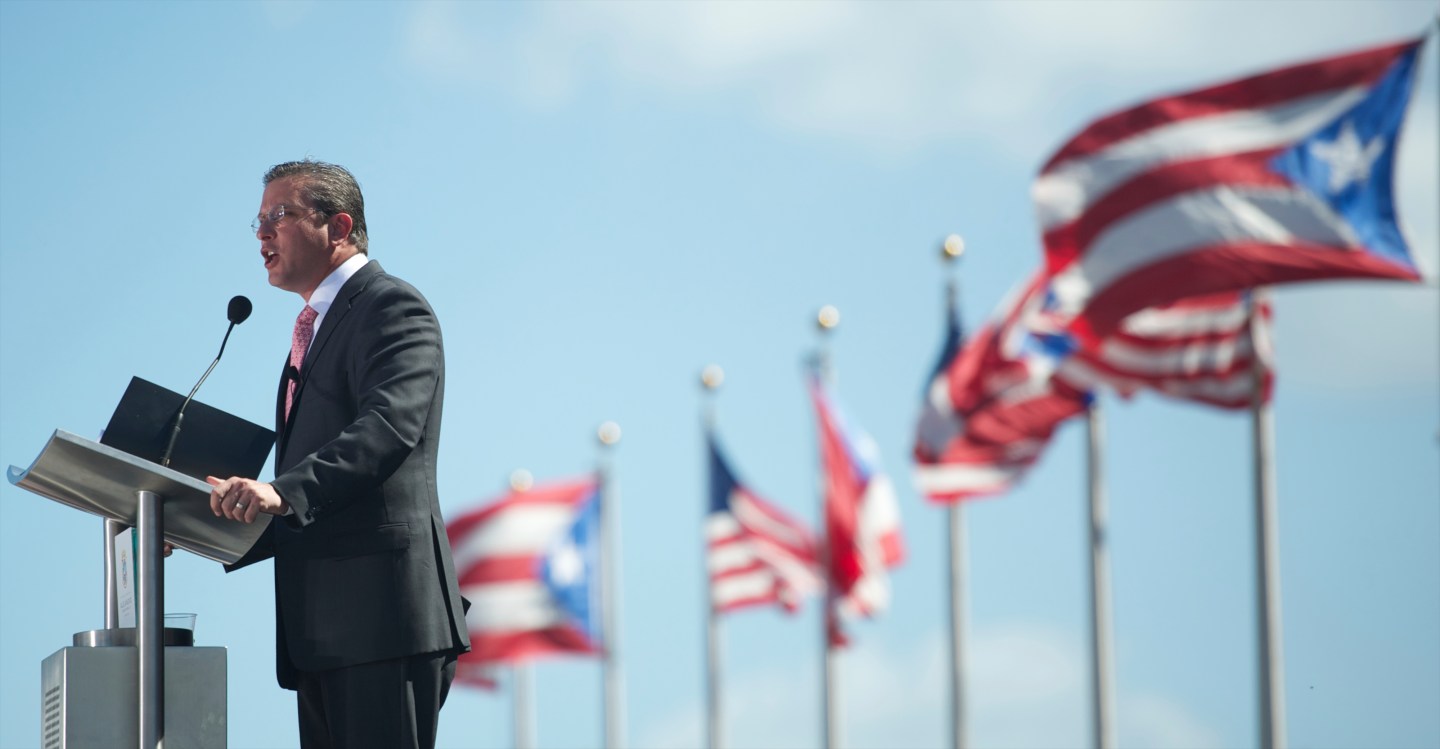 Puerto Rico’s governor on Sunday declared a moratorium on a $422 million debt payment due Monday by the island’s Government Development Bank, the most significant default yet for the U.S. territory facing a massive economic crisis.

Governor Alejandro Garcia Padilla said in a televised speech that he signed the moratorium on Saturday in what he characterized as a “painful decision” based on inaction from the U.S. Congress, which continues to debate a legislative fix for Puerto Rico’s $70 billion debt load.

Garcia Padilla, addressing Puerto Rico’s 3.5 million people in Spanish, said the island’s American citizens had sacrificed much for the nation throughout history and asked Congress on many occasions for tools to restructure its financial liabilities.

Puerto Rico, a tropical paradise in economic purgatory, faces a $70 billion debt bill it knows it cannot pay, a staggering 45% poverty rate and a shrinking population as citizens flee to the mainland.

The legality of this move to invoke the moratorium, which effectively means defaulting on the debt, is almost certain to be challenged by the GDB’s creditors, and could spawn costly lawsuits and perpetuate more economic uncertainty for the island.

Though island agencies have defaulted in the past, they have been small and isolated. The failure to pay by the GDB could reverberate through the local economy as it serves as Puerto Rico’s primary fiscal agent.

GDB has held talks with groups holding some of its $4 billion in bonds to try to restructure the debt consensually. The moratorium covers Monday’s payment on the GDB’s 2011 Series B Senior Notes.

The missed payment at GDB could mean the beginning of the end to how the bank conducts operations. It could be wound down by a receiver and its deposits shifted to a new entity.

Some creditors say government reforms could allow the island to pay its debts without hurting its people, while Garcia Padilla, whose administration has not published annual financial statements since fiscal year 2013, insists it needs relief from debt payments.

“The government has known the GDB was a ticking time-bomb and yet nothing constructive was done to forestall a default,” said Arturo Porzecanski, economist and sovereign debt expert at American University in Washington, adding that “the approach is symptomatic of all that is wrong with how Puerto Rico has dealt with its deteriorating financial situation.”

The default ratchets up pressure on Congress to find a legislative solution for Puerto Rico, which owes another $1.9 billion of debt on July 1, including about $777 million in general obligation debt backed by its constitution.

U.S. House Speaker Paul Ryan initially called for a plan by March 31. However, draft legislation from the House Natural Resources Committee, which would put Puerto Rico’s finances under federal oversight and allow it to restructure debt through a bankruptcy-like process, has faced opposition from liberal and conservative wings of both parties.

Congress is in recess until the week of May 9th.

“If Congress fails to authorize a mechanism to restructure our debt, the 3.5 million American citizens who live in Puerto Rico will continue to suffer,” Garcia Padilla said.