Malia Obama Will Go to Harvard University in 2017 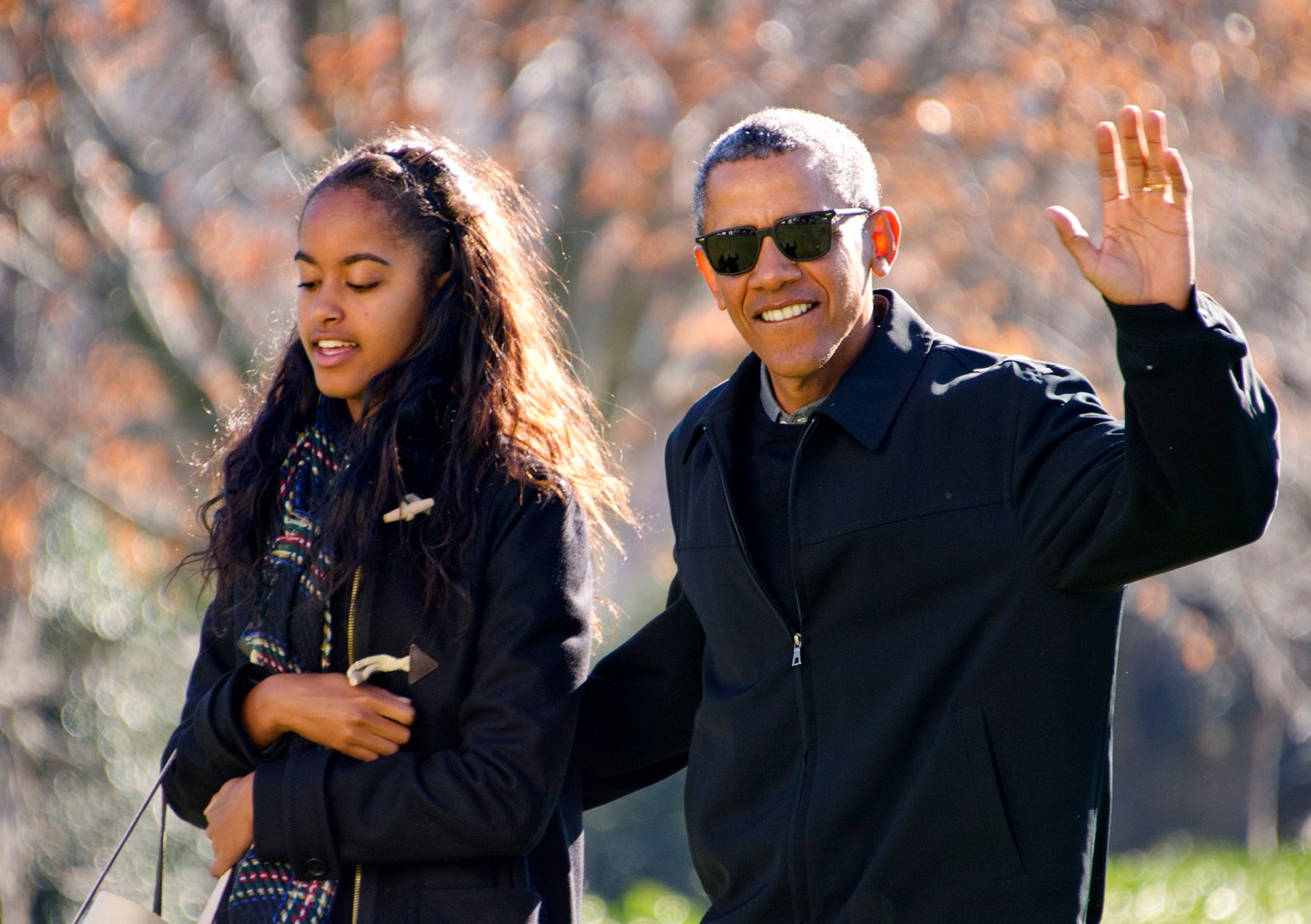 WASHINGTON, DC - JANUARY 3: (AFP OUT) U.S. President Barack Obama waves to the assembled press as he walks with his daughter Malia on his family's return to the South Lawn of the White House January 3, 2016 in Washington, DC. The first family is returning from their two week Hawaiian vacation (Photo by Ron Sachs-Pool/Getty Images)
Photograph by Pool Getty Images

Malia Obama is set to be a Harvard Pilgrim.

The oldest daughter of President Barack Obama and First Lady Michelle Obama has officially committed to the Cambridge, Massachusetts, university, and will begin her freshman year next fall.

“The President and Mrs. Obama announced today that their daughter Malia will attend Harvard University in the fall of 2017 as a member of the Class of 2021,” the office of the first lady announced on Sunday. “Malia will take a gap year before beginning school.”

After announcing Malia’s college pick, a White House official says that the Obamas left the residence to meet with Obama Presidential Center Foundation staff to go over design and architecture proposals for the future presidential library. While the library will be in Chicago, the president had made previous comments about sticking around Washington, D.C., for the next few years while younger daughter Sasha finishes her school.

Malia, who will graduate from D.C.’s Sidwell Friends School this Spring, spent the past year touring multiple private colleges including Ivy Leagues Princeton, Harvard, Brown and the University of Pennsylvania ahead of the college application deadlines last winter.

The teen had her father’s sage wisdom to turn to while making the decision to continue her education at Harvard.

“One piece of advice that I’ve given her is not to stress too much about having to get into one particular college,” Obama said during a town hall on college affordability in Des Moines, Iowa, last September. “There are a lot of good colleges and universities out there … Just because it’s not some name-brand, famous, fancy school doesn’t mean that you’re not going to get a great education there.”

He also tipped the 17-year-old off to being “open to new experiences.”

“Don’t go to college just to duplicate the same experience you had in high school,” the President added.

And what will be Malia’s focus? Michelle previously told PEOPLE in 2012 that her daughter has an “interest in filmmaking.”

“Just like her father, she is an avid reader, and she enjoys movies and the whole process,” Michelle said.