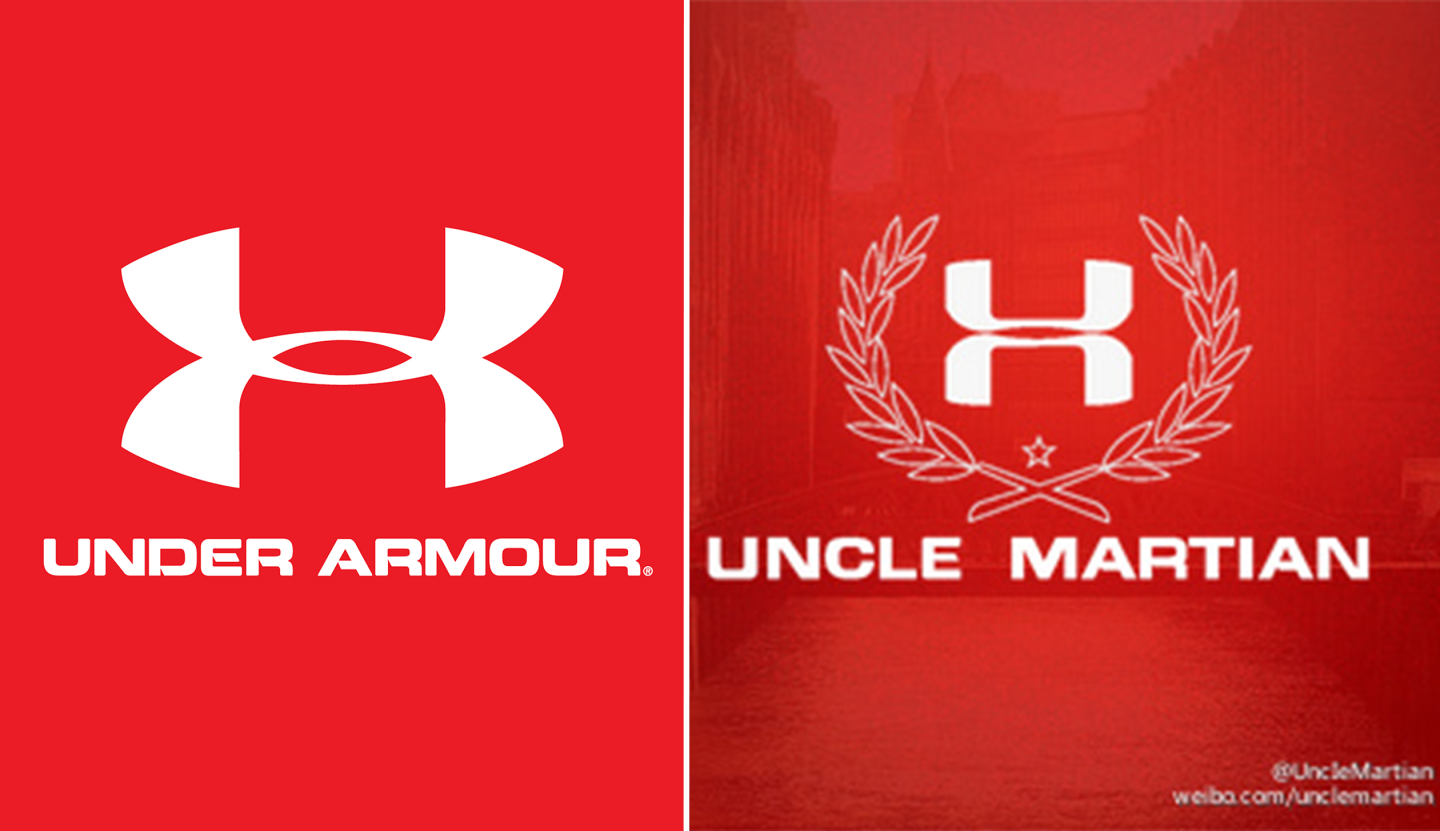 Under Armour is finding itself playing defense as it vowed to pursue “all business and legal” courses of action to halt a new Chinese company from using a logo that is similar to the athletic-gear maker’s trademark logo.

The potential litigation comes as Mashable and other media outlets pointed out that China-based Uncle Martian, which is backed by Tingfei Long Sporting Goods Co., is using a logo that is eerily similar to the UA logo that Under Armour has cultivated the past two decades.

Here’s the full statement that Baltimore-based Under Armour e-mailed to Fortune:

“Under Armour is aware of the Uncle Martian launch event. Uncle Martian’s uses of Under Armour’s famous logo, name, and other intellectual property are a serious concern and blatant infringement. Under Armour will vigorously pursue all business and legal courses of action.”

Founded in 1996, Under Armour (UA) has grown into a fast-growing apparel and footwear maker that celebrated $4 billion in annual sales in 2015. The name and logo are registered in the U.S., China, the European Union and many other international markets. It also owns trademarks to various gear innovation, as well as connected fitness branding and logos like “Protect This House” and “I Will.”

“We will continue to aggressively police our trademarks and pursue those who infringe, both domestically and internationally,” Under Armour has said in its most recent 10-K filing.

Numerous companies have complained of trademark rip offs in China, where knockoffs are notorious. Adidas, Blackberry, Oreo and Sony are among a slew of established brands that have seen knockoffs percolate in the region, as seen in a slideshow created by Business Insider.