Ford Is Working on an Electric Car to Compete With Tesla 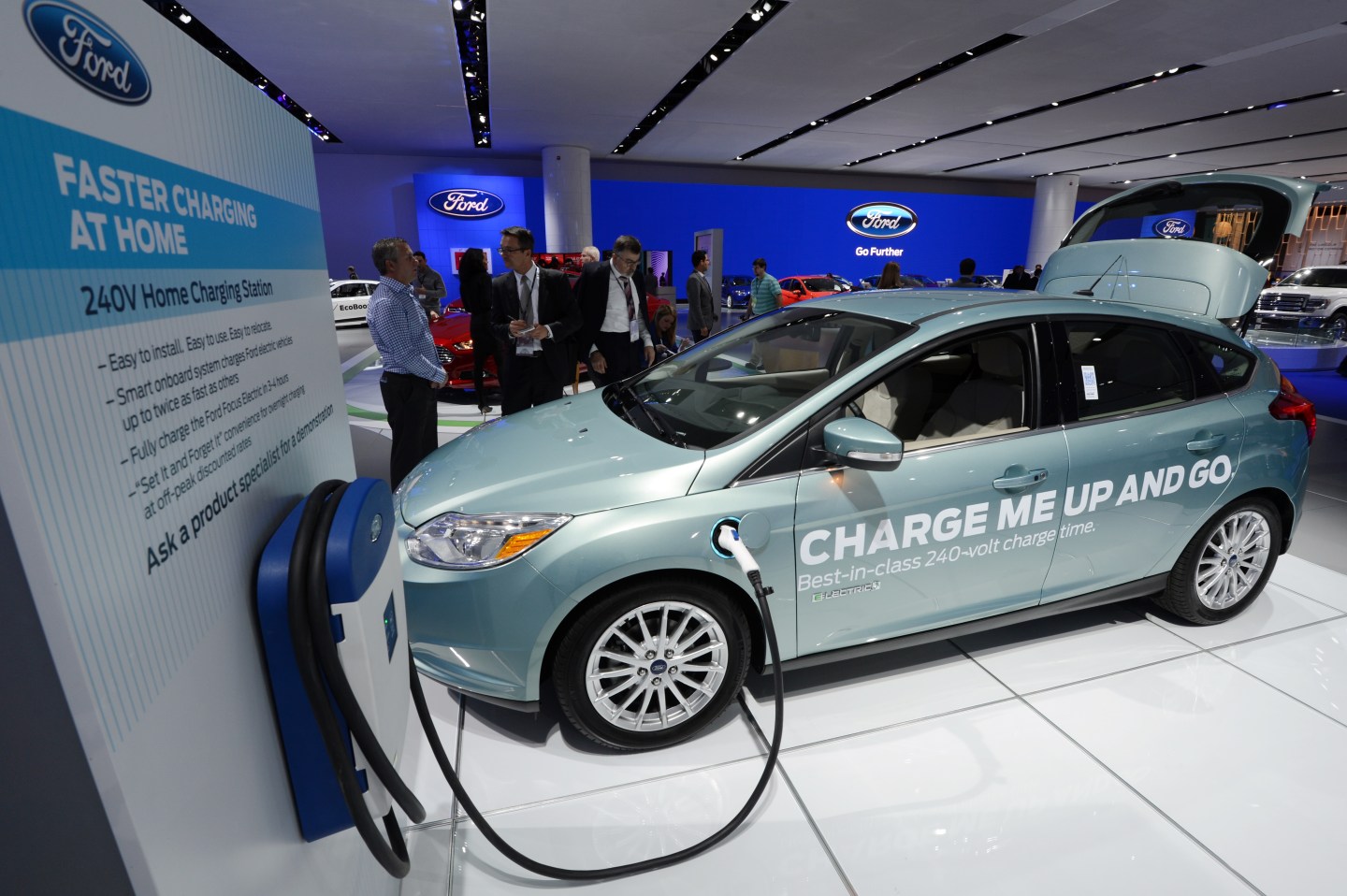 Ford confirms plans to introduce a long-range electric vehicle to compete with the likes of Tesla and General Motors.

Company CEO Mark Fields refuted some reports that Ford (F) had no intention to develop an electric car that could go 200 miles or more on one charge, and instead, offered a firm answer on their battery-powered vehicle plans.

“Absolutely,” he said in a conference call with analysts on Thursday, in response to a question on Ford’s intentions on launching a long-range EV. “Our approach, very simply, is we want to make sure that we are either among the leaders or a leadership position in the product segments that we are in.”

Last December, the Dearborn automaker said it was dedicating $4.5 billion to develop its own fleet of electric vehicles, and promised 40% of the company’s models would come in electrified versions by 2020. He affirmed this with analysts on Thursday. “They will be very competitive from a cost, quality, range standpoint to allow us to move the business forward.”

He declined to provide a timeframe for the launch of Ford’s long-range electric vehicle, something noteworthy considering that General Motors (GM) has already started pre-production on its 200-mile Chevrolet Bolt EV, with an eye to a retail launch by the end of the year.

Tesla (TSLA) will be shipping its first mass-market EV, the Model 3, by the end of next year. Reservations for the car are already approaching 400,000 orders.

Electric plans aside, Ford enjoyed a stellar first quarter of the year, with a 113% surge in quarterly net income to $2.45 billion on the back of its best-selling F-150 pickup trucks.