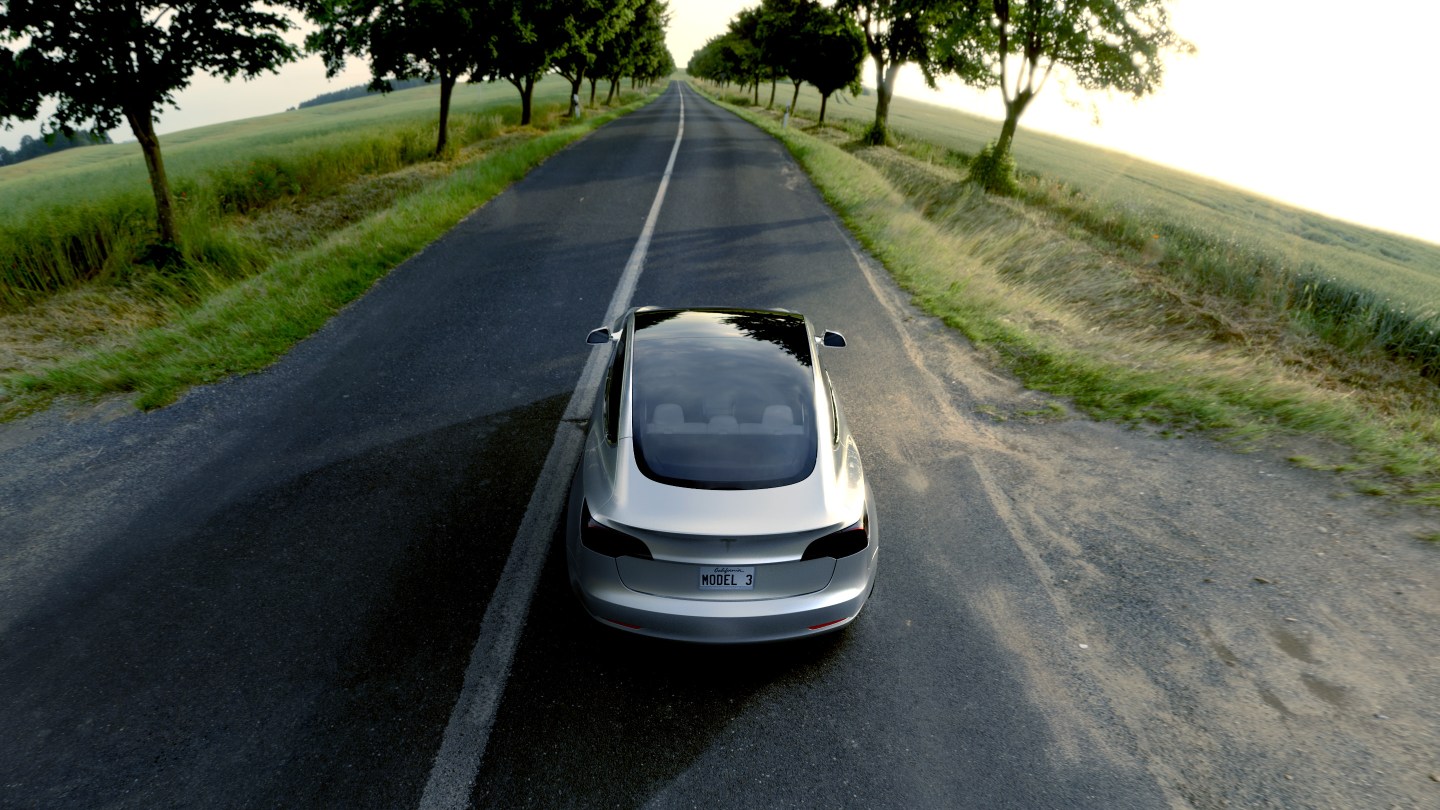 According to a speech from Tesla’s Vice President of Business Development, Diarmuid O’Connell, this week, reservations for the car are now approaching 400,000.

That’s an eye-popping figure for an electric car that’s only been available to reserve for about two weeks and won’t start shipping until the end of 2017. Many of those reservations were made before the car was even unveiled on March 31. Now Tesla needs to figure out how to make and deliver those cars on time and budget.

Many of the later orders of the Model 3 likely won’t be fulfilled until 2019, or even into 2020 (four years from now).That’s assuming Tesla will remain on track to start shipping the car at the end of next year, too.

To get that volume of cars made and delivered on time, Tesla (TSLA) could have to change the way it makes its cars considerably. Tesla has only delivered a little over 100,000 cars in total over its lifetime. During O’Connell’s speech at a conference in Amsterdam, he said the rapid reservation rate gives Tesla the “visibility” and “confidence” into what it would take to build the car.

Tesla CEO Elon Musk tweeted the day after revealing the Model 3 for the first time (when the car had close to 200,000 reservations) that Tesla is “definitely going to need to rethink production planning.” Tesla will likely have to expand production at both its Fremont, Calif. factory more quickly than expected, and it will soon have to start producing a greater number of batteries at its massive battery factory still under construction outside of Reno, Nevada.

O’Connell said that Tesla is “looking at ways to amplify early production.” The company is investigating possible ways to scale up initial investments and ramp up more quickly than previously anticipated. Tesla plans to use lessons learned from the difficulties it had with manufacturing the Model X, Tesla’s SUV electric car.

That car was delayed for years, and it faced slow production at the end of 2015 and into early 2016. The company has admitted hubris for the Model X in trying to fit in too many complex features into the first version of the car.

During O’Connell’s speech, he boasted reservations for the Model 3 “have exceeded all of our expectations as far as the rate at which we received reservations,” further describing the Model 3 as “the car for which the company was really set up to build.”

O’Connell suggested that the great demand for the Model 3 delivers a message to the rest of the auto industry that there is “incredible demand” for great electric vehicles out there. In addition, the massive demand refutes the point that other automakers have made that no one wants electric cars, he argued.

To make a reservation for a Model 3 car, Tesla customers only have to put down a fully refundable deposit of $1,000. So it’s unclear how many of the reservation holders would turn into Model 3 buyers.

If all 400,000 reservation holders bought $35,000 Model 3 cars, Tesla would have booked $14 billion in orders. That’s an unprecedented sum—not just in the auto industry, but for a launch of a product in general.