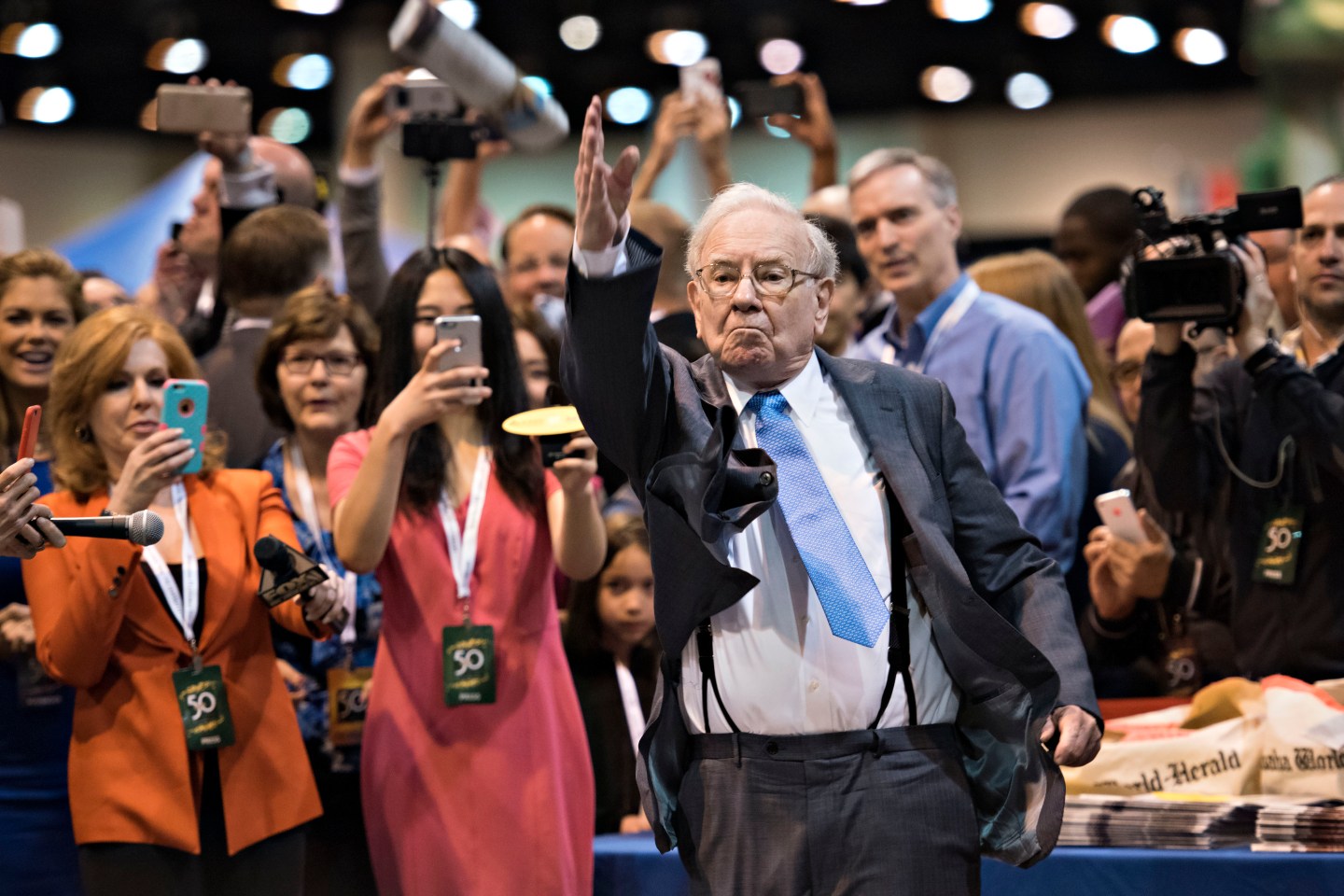 Warren Buffett, who pitched newspapers as a teenage delivery boy, may be entering the final stretch of his “Woodstock for Capitalists,” after cutting back his involvement in the event and opening it up for an online audience.

This weekend’s gathering of Berkshire Hathaway (BRKA) shareholders in Omaha, Neb. for the company’s annual meeting likely won’t be the last.

But its evolution mirrors the evolution in Buffett’s own leadership, focused more on the roughly 90 energy, insurance, manufacturing, railroad, retail and other companies in his empire, even as he delegates more to people who work under him.

This month, for example, Berkshire’s General Re unit said its next chief will report not to Buffett, as the departing Tad Montross does, but to Ajit Jain, a top Buffett lieutenant.

Buffett, 85, is the oldest chief executive of a Fortune 500 company, and has given no public sign he’s close to done.

In 2015, the world’s third-richest person celebrated perhaps his final milestone anniversary at Berkshire, as more than 40,000 people descended on Omaha and overwhelmed its downtown CenturyLink Center to honor his 50 years at the helm.

Buffett “gives Omaha a heck of a lot of free visibility that a lot of cities would pay dearly for,” said Ernie Goss, a professor at Creighton University there who studies the region’s economy.

Still, there’s a catch. “We all have friends who are waiters or waitresses or bartenders, and Berkshire Hathaway investors are not the biggest tippers,” he said. “There is a message there: if he’s frugal, we’re going to be frugal.”

Berkshire’s weekend attracts more visitors to Omaha than any event other than the College World Series of baseball.

Hotel rates and airfares still soar. But this year, dozens of motels have rooms available, for those willing to travel several miles to downtown.

That’s likely because the meeting will be live-streamed for the first time, potentially reaching tens of millions, on Yahoo Finance. The stream will also be in Mandarin, to meet demand from China and perhaps help Buffett find new investments.

Alex Ryzhikov, a partner at Ewing Morris & Co Investment Partners in Toronto, said he drove 20 hours in a camper to Omaha last year and was first in line to enter the meeting at 12:30 a.m., six hours before doors opened.

He’s not going this year, citing other commitments, but will watch online.

“If you want to just get the content, you’re probably going to be okay watching online,” he said. “To get the energy and excitement of being there, you make the trip.”

For Buffett, the weekend remains active.

At 7 a.m. on Saturday, he’ll again roam an exhibit hall filled with Berkshire companies hawking everything from boxer shorts to $78,900 mobile homes, trailed by a herd of camera- and iPhone-toting media who bump into each other a lot.

But he has cut back.

He no longer typically drops by Berkshire-owned Borsheim’s Jewelry’s Friday shareholder reception, which consumes an entire shopping mall and outdoor tent. (Buffett did preside there two years ago over a marriage proposal. She said yes.)

Starting in 2012, citing time constraints, he and Munger ended their news-lite Sunday press conferences, where Buffett would demur multiple times when foreign journalists asked “Where do you see investment opportunities in [name of country]?”

And this year, the webcast spells the end of Buffett’s one-on-one media interviews.

“We no longer can accommodate the increasing number of requests,” one of Buffett’s assistants wrote. “In addition, the webcast of the annual meeting will let more people worldwide hear what Mr. Buffett and Mr. Munger have to say.”

In 2006 and 2011, Buffett gave up his seats on the boards of Coca-Cola (KO) and Washington Post Co. Two lieutenants, Gregory Abel and Tracy Britt Cool, now sit on the board of Kraft Heinz (KHC), a major Berkshire investment.

Then in 2011 and 2012, Todd Combs and Ted Weschler came aboard to help Buffett invest Berkshire’s money.

And now General Re, Buffett’s third largest acquisition, will be cared for by Jain.

Goss said when Buffett does depart, some of the “Midwestern sensibility” that investors equate with him, Berkshire and Omaha will go with him.

“All of a sudden Omaha will be less identified with Berkshire Hathaway, and it will be a change,” he said.