How a Beauty Pageant Solved Trump’s Most Dangerous Lawsuit 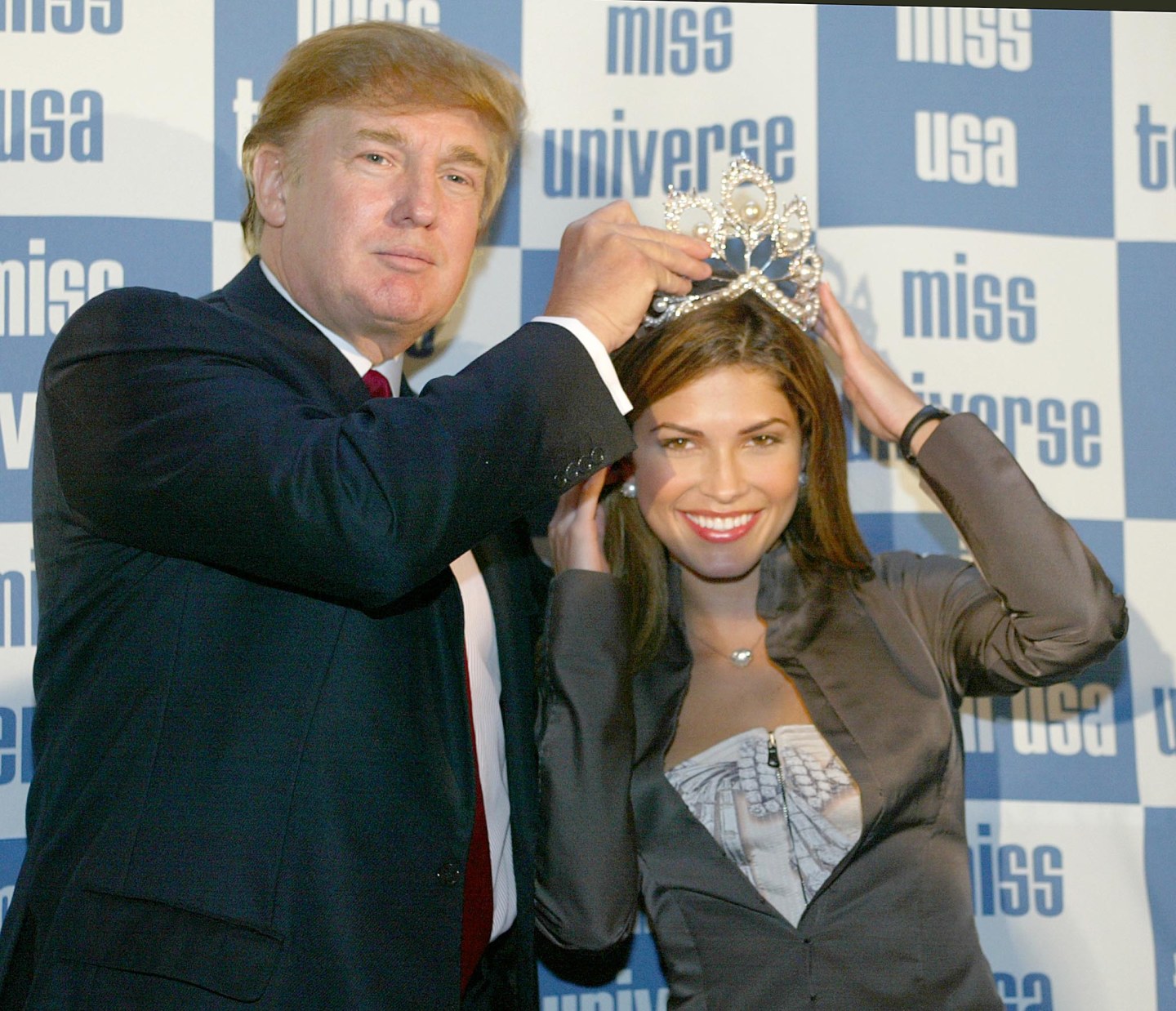 Donald Trump has built a legend by clinching highly-creative deals, but did you know that he dodged perhaps the most potentially damaging lawsuit of his career by mollifying angry plaintiffs with, get ready for this, a big stake in a beauty contest? As far as this writer can tell, Trump’s gambit of trading a stake in the Miss Universe pageant for a pivotal legal settlement has never been reported in the press, though well establish in public documents. Yet the episode illustrates just how skillfully Trump deploys both imaginative stratagems, and relentless resistance, in giving those who sue him the absolute minimum, no matter what the merits of the case.

By the way, the Miss Universe franchise was a lot more famous than profitable, and it didn’t take Donald long to take back every share he’d briefly sacrificed.

In fact, repelling lawsuits is a core business practice for Trump, and he’s darn proud of it. “I don’t get sued because I don’t settle cases, I win in court,” Trump asserted during an MSNBC interview in early March, when questioned about whether he’d consider resolving a pending lawsuits over now-defunct, self-named real estate academy, Trump University.

In reality, while Trump, at least in legal circles, is well known for his intimidation-through-litigation tactics, Trump is also often on the receiving end. The Donald has gotten sued a lot. And he frequently settles. But he’s a master at extracting the best possible terms by dragging opponents through years of expensive legal maneuvers that drain their resources and sap their resistance.

The Miss Universe saga is a case study in Trump’s success in defanging suits that, when filed, look dangerous. Here’s the background: In June 1996, Trump Hotels & Casino Resorts Holdings, the mogul’s publicly-traded gaming enterprise in Atlantic City, announced the purchase of the Trump’s Castle, a property, later renamed The Trump Marina, that was 100% owned by Trump, who also served as chairman of Trump Hotels, (later renamed Trump Entertainment Resorts). The price appeared extremely high. The public company was paying $525 million according to its public filings at the time, for a property with a negative net worth. In addition to assuming $348 million in debt, Trump Hotels agreed to pay Trump himself $177 million in newly-issued shares of stock.

Alarmed by the flood of new shares, and a pittance in extra profits from the Castle, investors fled the stock. By the time the deal closed on October 7, 1996, Trump Hotels shares had dropped from $30 to $23, erasing over $250 million in market cap. Within days, angry shareholders filed lawsuits against the directors for approving an excessive price for the Castle and providing false information in the proxy advocating the ill-fated deal.

For five years, Trump waged a fierce counter-attack of motions, summons, and affidavits. Finally, in April of 2002, Trump Hotels quietly disclosed a settlement reached that past December. (By early 2002, Trump Hotels shares had slumped to around $1.) Without admitting or denying wrongdoing, Trump Hotels agreed to pay $3.15 million in legal fees for the plaintiffs, appoint an additional independent director, and adopt new rules requiring that a committee of independent board members assess any deals “in which Trump has a personal interest valued at over $200,000.” In addition, Trump himself agreed, as part of the settlement, to transfer one-half of his 50% ownership in Miss Universe LLC to Trump Hotels.

As it turned out, the Miss Universe franchise did little to strengthen Trump Hotels’ wobbly finances, even though 2002 was a notable year for the pageant. In May, football great Phil Simms and TV host Daisy Fuentes crowned Oxana Fedorova Miss Universe—the Russian to ever win the title—at a fabulous extravaganza at the Roberto Clemente Coliseum in San Juan, Puerto Rico. But Fedorova wasn’t Miss Universe for long. In September, she gave up the crown, reportedly sacked for “not living up to the role.” The hoopla didn’t bring Trump Hotels much cash. Subsequent 10-ks reported that the casino company collected a mere $700,000 from its share in the contest for 2002, and zilch for 2003 and 2004, years in which Trump Hotels suffered almost $300 million in net losses. On the balance sheet, Miss Universe was invisible. Trump Hotels never showed its 25% share as an asset at all.

In November of 2004, Trump Hotels declared the first of its two bankruptcies. As part of an elaborate restructuring agreement, Trump recouped all of the 25% of the pageant he’d given to Trump Hotels. It’s impossible to disentangle from the arrangement what, if anything, Trump was paying to take back his stake, but given the paltry returns it was producing for Trump Hotels, it couldn’t have been much.

Trump’s presidential candidacy effectively ended his long romance with Miss Universe. After Trump assailed Mexican immigrants as “rapists” during his candidacy kickoff speech in June, NBCUniversal, his long-term partner in Miss Universe, condemned his remarks, and announced that it would no longer broadcast the pageant. Spanish-language network Univision followed suit. In September, Trump purchased NBC’s share to become the 100% owner, then flipped the franchise to talent powerhouse WME/IMG for an undisclosed sum.

In the pageant’s last years under Trump, the winners made their victory turn in a diamond-encrusted, $300,000 crown whose contours recall the Manhattan skyline. Commissioning the regal headdress from the artisans of Czechoslovakia was the stroke of a great showman. But Trump got more than fun and fame out of Miss Universe. For The Donald, the pageant’s lasting legacy may be that it erased a major threat to the comeback that made him richer than ever, and culminated in his amazing drive for the White House.