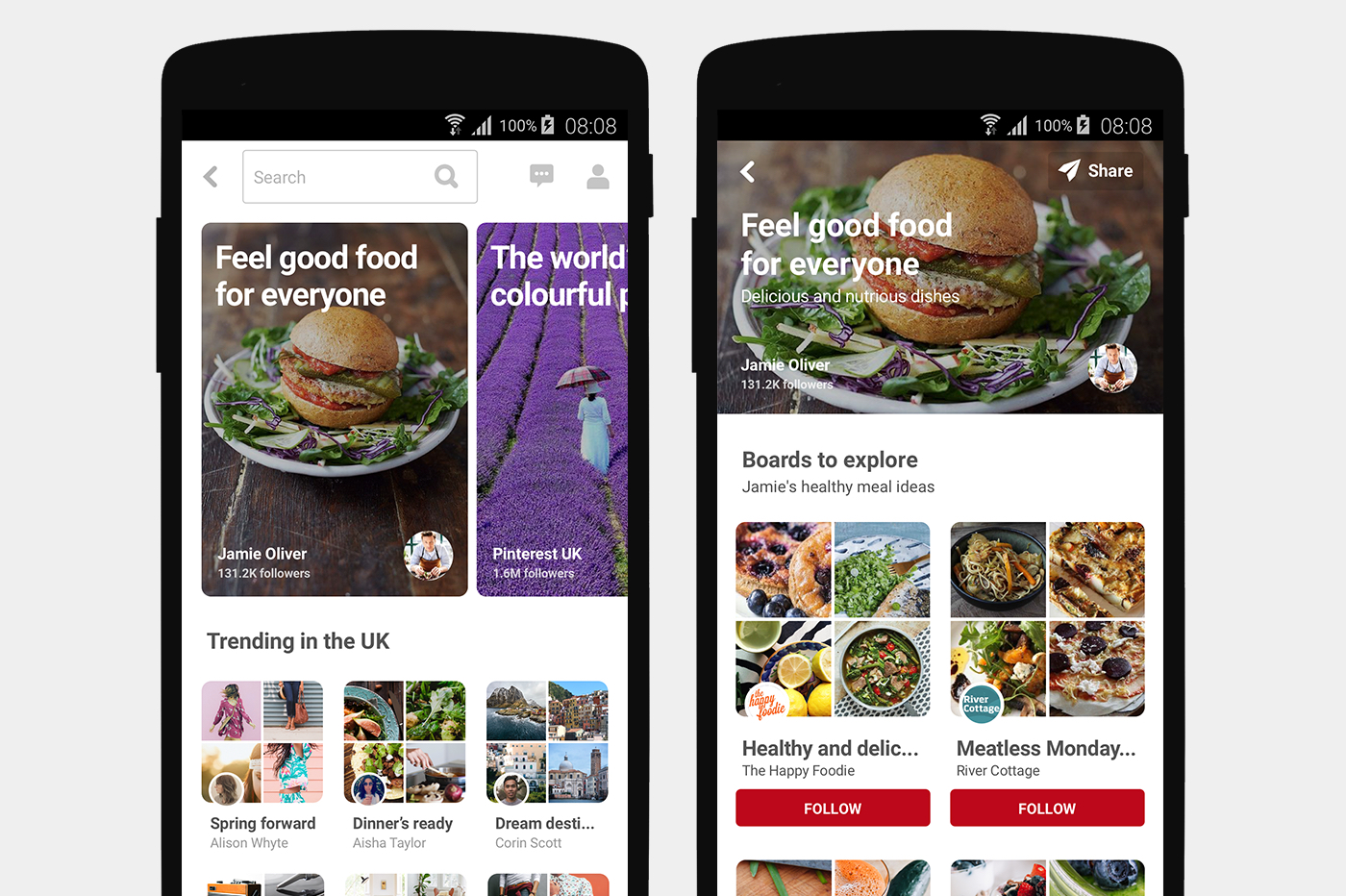 Pinterest, the online bulletin board for images of fashion, food, and furniture, took a while to start making money. It took and even longer to build a truly international business.

On Thursday, Pinterest revealed that more than half of its users are from outside the U.S., signaling a major step in the company’s transformation into a major Internet player. The milestone comes six years after the company’s founding amid a downturn in the tech industry that has many startups struggling to justify their sky-high valuations.

Pinterest said that of its 100 million monthly active users, more than half are from overseas. That’s a small uptick from September, when 45% of those living abroad, according to a spokeswoman.

In the last year, Pinterest said that users in Germany have nearly tripled while they have doubled in France, Brazil, and Japan. Two-third of all new users who have signed up for the service since January have been outside the U.S.

In its latest round of funding in 2015, Pinterest achieved a valuation of $11 billion. It reached that mark partly on the promise of substantial overseas growth that eluded some other Internet high fliers. But expanding overseas has also been challenging for Pinterest, largely because its service requires customization based on location—both in simple ways like translating the names of buttons, and in more complex ones like adapting to local tastes and cultures, as tech new site Re/code noted in October.

That last point is quite important when it comes to Pinterest’s ability to make money. In September, Tim Kendall, Pinterest’s then-head of monetization and current president, told Fortune that the company planned to make money entirely from ads. And for that it needs users—lots and lots of users. Clearly, Pinterest hopes to find them outside the U.S., which is largely while it recently redesigned its mobile app in an effort to make it work better around the world by making it load faster and have a layout that works well with any language’s alphabet. On Thursday, it also announced “Featured Collections” for users in the U.K., France, Germany, Brazil, and Japan that will include content tailored to each country recipes like from local celebrity chefs and the latest merchandise from local retailers.

Those international users are also important to Pinterest, and potentially a risky undertaking, as the company has found it quite challenging to lure men as easily as it has women. As of last July, men made up only 18% of Pinterest’s users. So while Pinterest has been a hit with American women, there’s no guarantee it will hook users in other countries at the same level.

But whether any of this will work out remains to be seen. Last month, Pinterest said that it has yet to expand its advertising beyond the U.S. and even when it does, it will start with English-speaking countries.