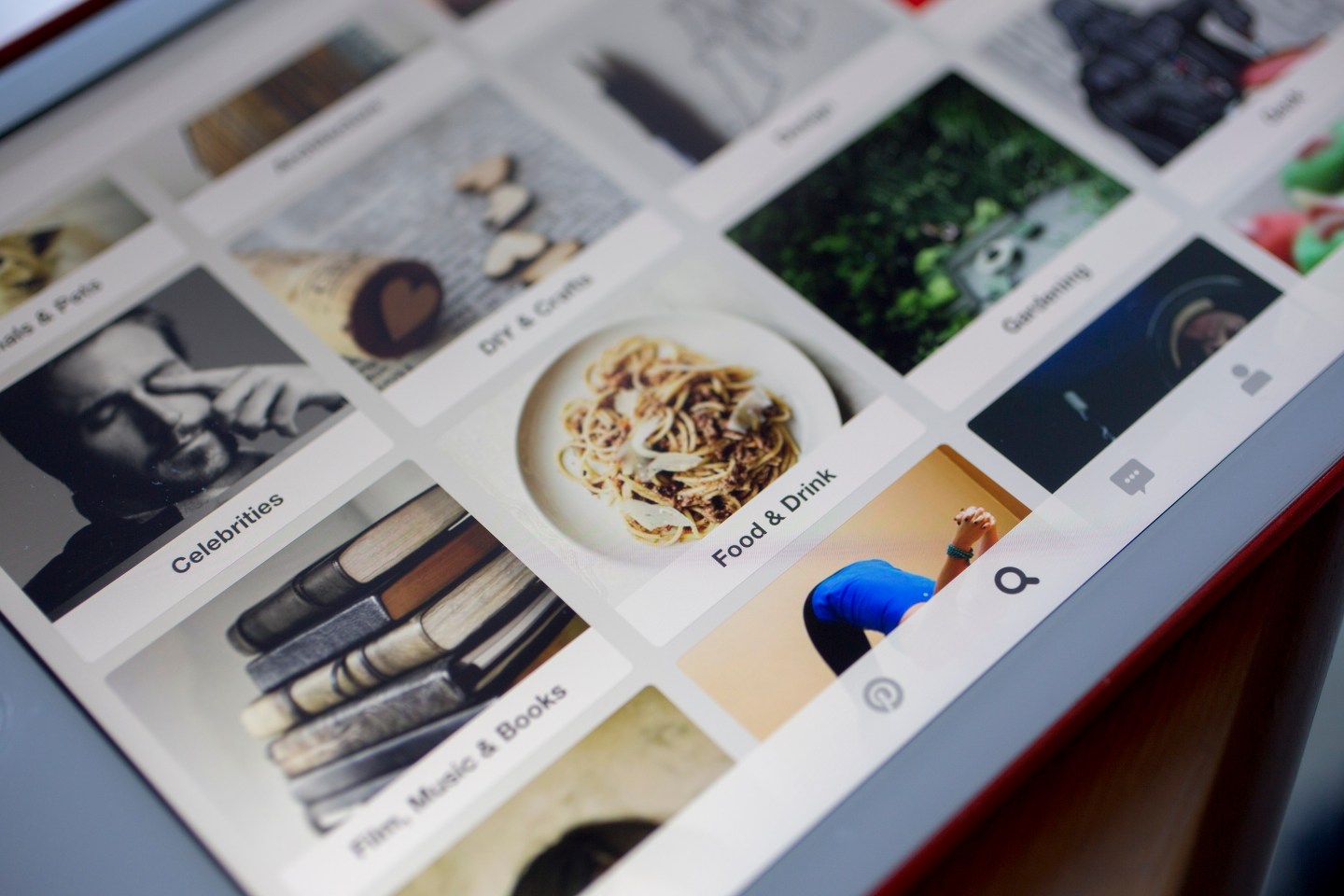 The Pinterest Inc. application (app) is displayed for a photograph on an Apple iPad Air in Washington, D.C., U.S., on Thursday, Feb. 19, 2015
Photograph by Andrew Harrer — Bloomberg via Getty Images

Pinterest today announced it crossed the threshold of 100 million monthly active users. The media startup, valued at $11 billion in its latest round of funding, says the number of “pinners,” or people sharing images and links, has doubled on its platform in the last 18 months and the number of searches on its service have increased by 81% over the last year.

Pinterest earlier this year announced it would make pins shoppable with a much-anticipated “buy button.” The company has not released any early results of the feature, which is called “Buyable Pins.” It has no intention of making money on the buy buttons, Tim Kendall, Pinterest’s general manager and head of monetization, told Fortune in an interview. The company plans to monetize entirely with ads.

It’s early days for Pinterest’s money-making efforts, but the expectations are high. That’s because so many of its users come to the service with the intent to purchase the things they find. For that reason, pins from brands and commerce sites blends seamlessly with other content.

Of Pinterest’s 50 billion pins, 30 million of them are buyable, he says. Some early advertisers have found that the average customer coming from Pinterest spends 50% more than regular customers.