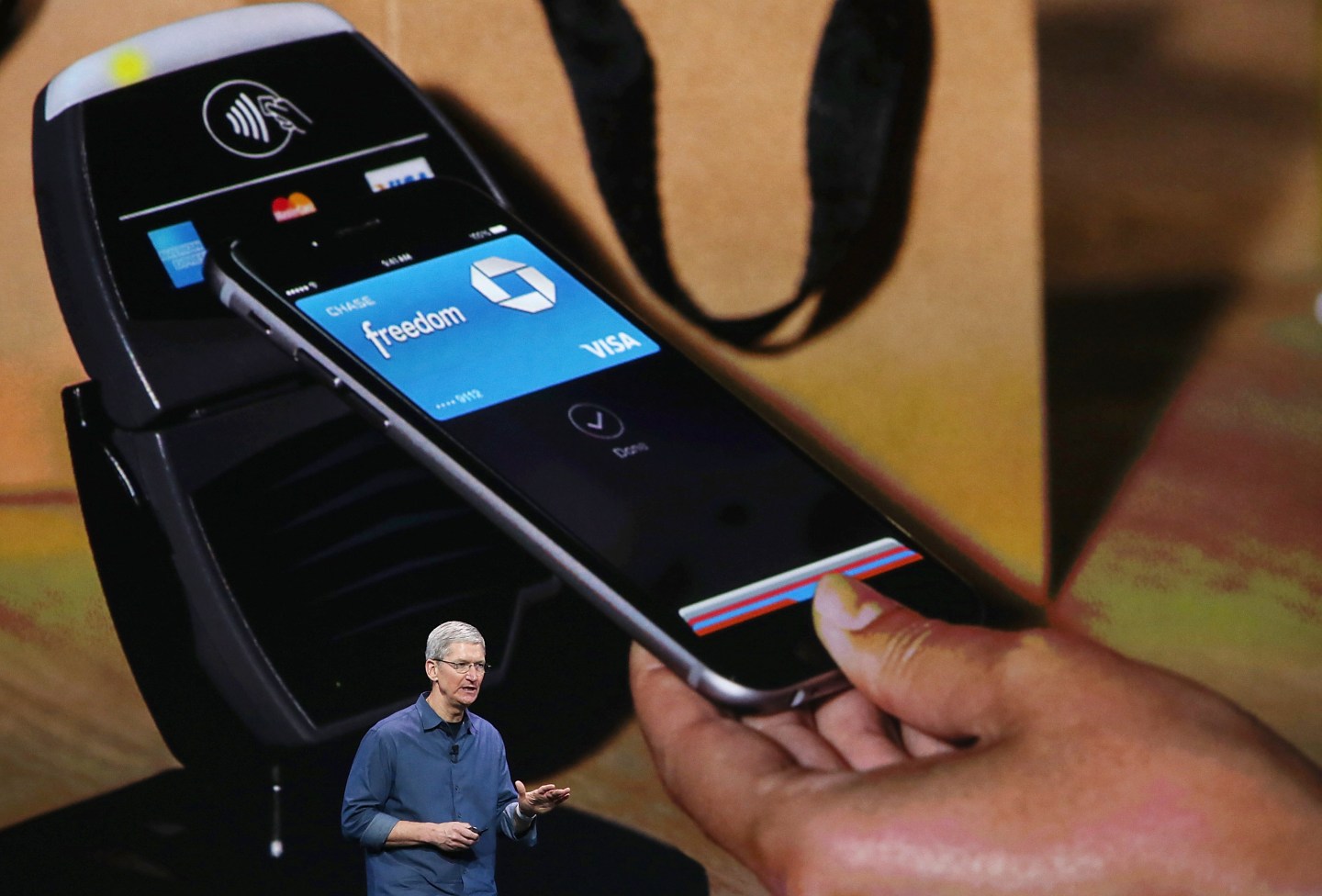 Apple Pay allows users to register credit cards on devices such as iPhones, and pay for goods and services by swiping the devices over contactless payment terminals. Apple charges card providers for transactions via the service, which it introduced to Australia last year with American Express Co.

The latest partnership extends the service to ANZ customers and represents the culmination of months of talks with the bank and three bigger peers. Of the four, ANZ and Westpac Banking Corp have already agreed to support rival Android Pay from Alphabet Inc unit Google.

Collectively, the four banks account for 80 percent of all credit cards that consumers have linked to mobile payment systems, in a country with a relatively high rate of contactless payment.

The partnership also coincides with Apple’s first-ever drop in iPhone sales during a quarter in which services such as apps, music and payment emerged as the firm’s second-largest business.

“Our customers … are much closer to being able to leave their wallets at home,” Jennifer Bailey, vice president of Apple Pay, said in an interview.

Apple has partnered with a bank widely seen as trailing its three bigger peers in digital technology, a situation ANZ’s new Chief Executive Shayne Elliott has set out to change with Apple Pay, as well as by hiring Google’s Australia managing director.

“It would be pretty hypocritical of me to … do all this hoo-ha about digital banking and then not be at the forefront of change,” Elliott said in an interview.

Shares of ANZ rose over 0.5 percent early on Thursday, more than other banks as well as the broader market.

For Apple, the partnership is a “coup” as it would increase pressure other banks to follow suit, said Foad Fadaghi, managing director of technology researcher Telsyte.

“The similar forces that drove other numerous banking corporations in say the U.S. or Europe to get onboard will probably start to also kick in in Australia as well,” he said.

Analyst David Ellis at Morningstar said one partnership does not automatically entail success because the big four banks have such dominance over payment systems.

“It’s a different market here in Australia to the U.S. and to other global economies … but who knows,” he said.

“iPhones have the highest market share in Australia of smartphones, so the banks won’t want their customers being put at any disadvantage to competitors within their peer group.”