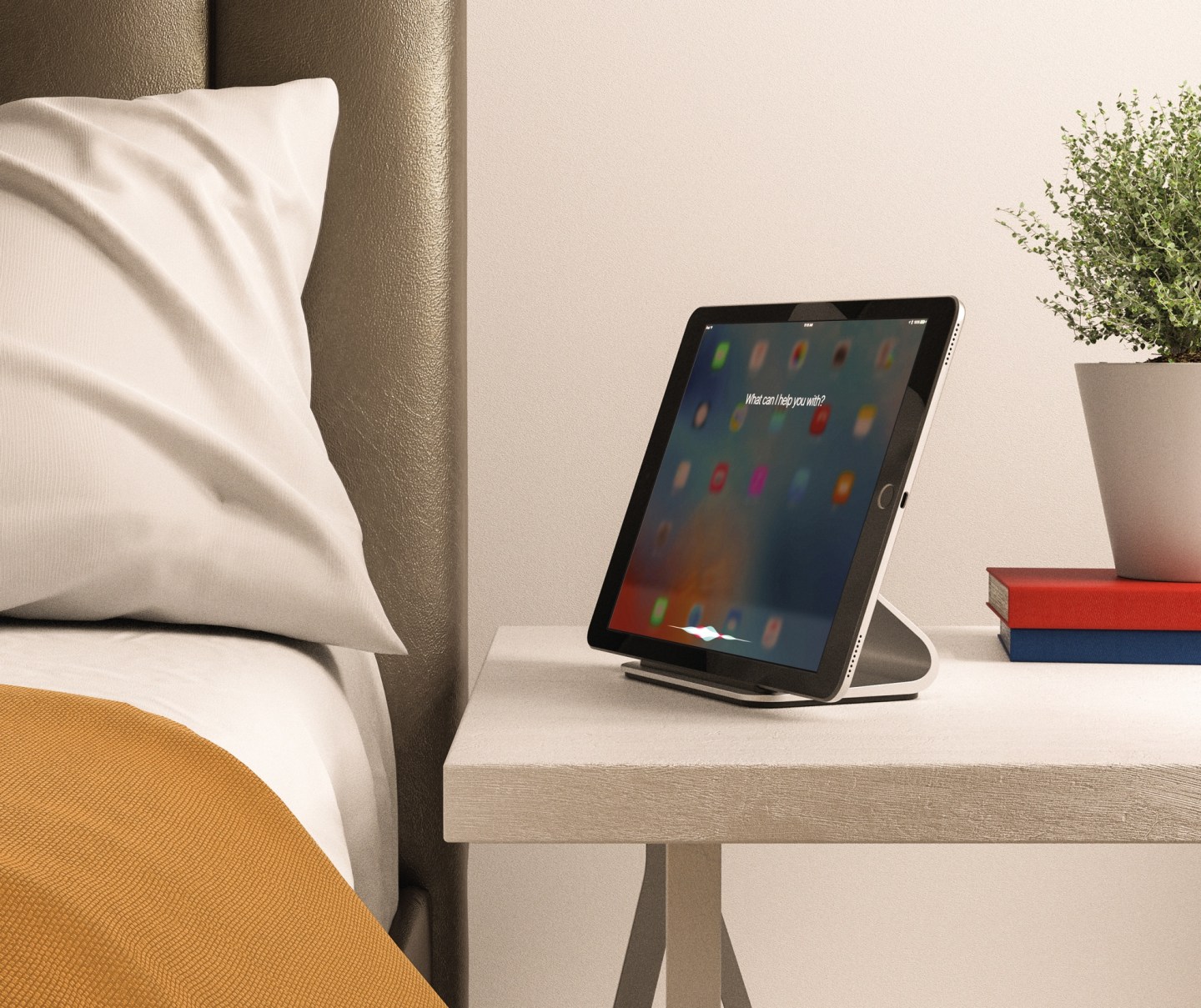 Logitech introduced a new kind of iPad Pro accessory on Tuesday morning. At first glance, the $99 Logi Base is nothing more than a charging dock built to accommodate both sizes of the iPad Pro.

Only, instead of using the Lightning port and cable to power the iPad Pro, the Base is using Apple’s Smart Connector to charge the iPad Pro. Meaning, you only need to place the iPad Pro on its side in the cradle, where magnets will ensure proper alignment and walk away. There’s no fussing with lining up the Lightning cable and charging port, as is the case with competing charging docks for iPhones and iPads alike.

Apple first introduced its Smart Connector technology when it announced the bigger iPad Pro last September. At the time, the three small dots on the side of the tablet was marketed as a means to power and transmit information between the iPad Pro and an accessory, such as Apple’s Smart Keyboard Cover.

This isn’t the first time Apple’s Smart Connector has surprised us with a newfound capability. In January, users of Logitech’s Create keyboard were prompted to update the firmware of the keyboard when connected to an iPad Pro through the connector.

For more on iPad Pro, watch:

With the revelation that power can flow both ways through the connector, it’s not hard to imagine the next docking station could include support for plugging in an external keyboard, storage, and similar accessories normally reserved for use with a computer.

Remember, the gist of Apple’s iPad Pro pitch is that it can replace your PC. For some, it can in its current from. For others, however, the addition of more PC-like features should make the tablet more appealing.

It doesn’t appear Apple is going to limit the Smart Connector to the iPad line, either. Rumors currently suggest the “iPhone 7” will feature the same technology, lending itself to similar charging solutions and accessories.

For example, Apple’s Smart Battery Case could forgo the need to connect to the iPhone through the Lightning port, powering the phone through a Smart Connector on the back of the phone. The end result would be a more compact battery case.

Apple’s developer conference is taking place in a just a few short weeks, and it’s hard to imagine Apple won’t take advantage of the time to detail further capabilities its Smart Connector.