Here’s Why Shares of Buffalo Wild Wings Are Falling 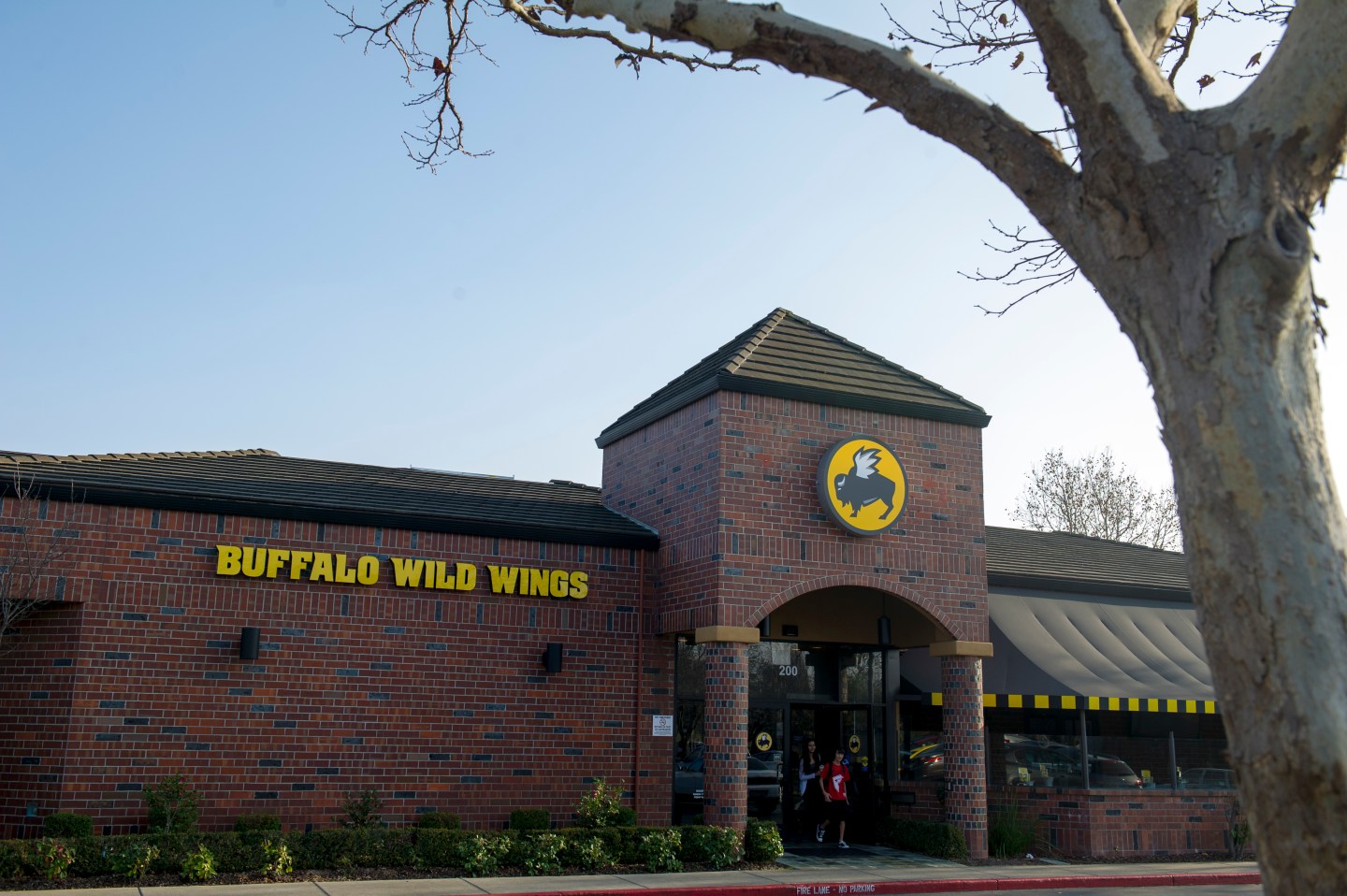 A lot of the weakness in Buffalo Wild Wings’ (BWLD) share price can be attributed to missing expectations. Total revenue for the first quarter actually jumped 15% to $508.3 million, while net earnings grew to $1.73 per share from $1.52 a year earlier. But Wall Street wanted more, calling for $530.8 million in revenue and $1.77 in profit.

The softness was partly due to a drop in same-store sales, down 1.7% at company-owned restaurants and falling 2.4% at franchised restaurants. Those declines were also worse than what analysts, surveyed by Consensus Metrix, had anticipated. Executives told analysts during a conference call that the weakness was broad, not pointing to any particular region or problematic menu initiative.

“We are focusing on sales-driving initiatives to regain momentum in 2016,” President and CEO Sally Smith said.

To strengthen results for later this year, Smith outlined a few key targeted plans. They include:

Looking ahead, Buffalo Wild Wings projected per-share earnings for 2016 of $5.65 to $5.85 given recent sales trends and an increasing outlook for the cost of traditional chicken wings. Wall Street had projected a $6.10 profit for 2016.