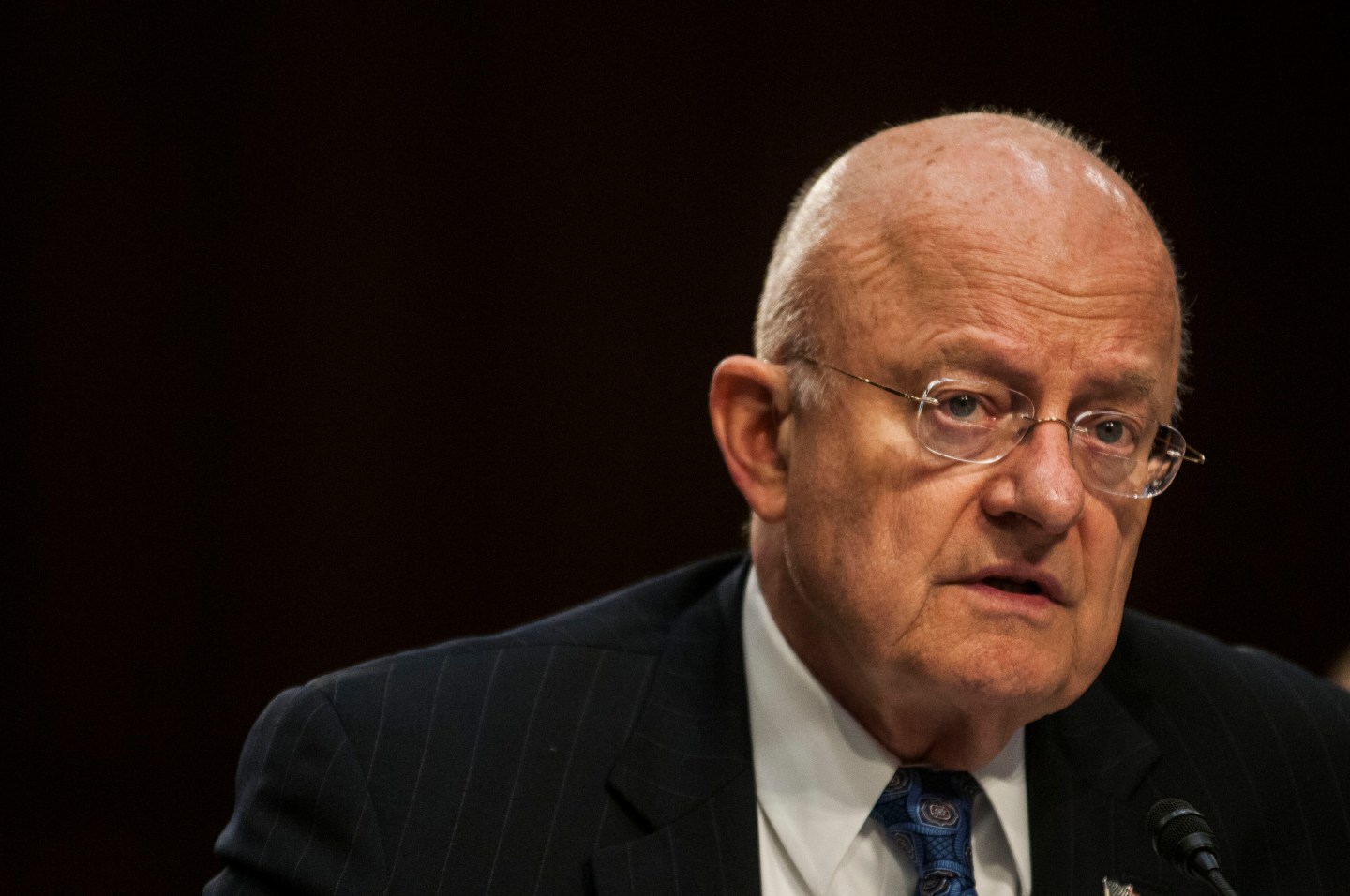 You can thank Edward Snowden, the ex-National Security Agency contractor who leaked a cache of state spy secrets in 2013, for the increased use of computer encryption today, according James Clapper, the U.S. Director of National Intelligence. Or rather you can blame Snowden, if your viewpoint happens to align with Clapper’s.

“As a result of the Snowden revelations, the onset of commercial encryption has accelerated by seven years,” Clapper told reporters on Monday, according to the news site the Intercept. The pickup in use of data scrambling has had “a profound effect on our ability to collect, particularly against terrorists,” he said.

Clapper said he based his comments on NSA forecasts from three years ago. Those forecasts understated adoption of encryption by a wide margin “because of the revelation of the leaks,” he said.

“From our standpoint,” Clapper added, “it’s not a good thing.”

While advocates of strong encryption praise the technology for protecting peoples’ data from hackers and spies, critics pan its proliferation because they say it has enabled terror groups such as the Islamic State to operate and organize under the radar. Indeed, Clapper called terrorists’ use of encryption a “major inhibitor to discerning plotting.”

Hacking represents one promising workaround for the snoops, who would otherwise lose access to their targets’ communications. Most recently, the technique helped resolve FBI’s fight against Apple to get access to the data stored on a locked iPhone used by one of the San Bernardino shooters.

What does Snowden think? He, for one, seems to believe the good outweighs the bad. In fact, that Snowden might have given encryption a boost is, by his own admission, the part of his legacy he finds most satisfying.

Of all the things I've been accused of, this is the one of which I am most proud. https://t.co/1qybuvnmpt https://t.co/yoAF71KFXc

“Of all the things I’ve been accused of, this is the one of which I am most proud,” Snowden tweeted alongside a link to the Intercept’s report.