Once a Symbol of Decline, Pennsylvania Tests Limits of Trump’s Appeal 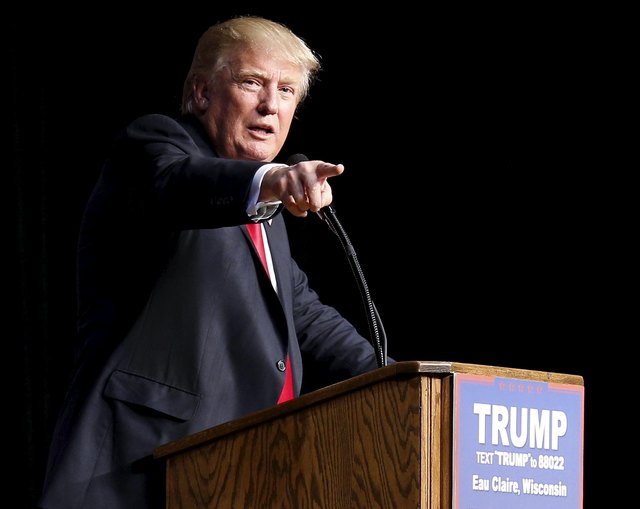 With a rusting steel mill in its center, this Pennsylvania city would seem fertile ground for Donald Trump’s campaign and its vision of a declining America that only he can fix.

Yet Trump, who will be seeking voters’ backing as the Republican nominee for the White House in the state’s primary on Tuesday, may face a stiffer challenge than the demise of the local steel industry might suggest.

In the two decades since the blast furnaces of Bethlehem Steel went silent, the local economy did not follow the once-mighty company into decline. It bounced back.

The old mill’s 1,600 acre (6.5 square km) site has been adapted as the backdrop of a novel urban park that includes an arts center, a Public Broadcasting Service studio, and a Sands casino resort with 2,400 employees. Bethlehem and the Lehigh Valley region around it have filled new industrial parks with e-commerce companies, white collar businesses fleeing New York’s high costs, and global giants such as Japanese imaging firm Olympus.

Trump has stormed ahead of the Republican field successfully tapping the frustration and anger of millions of Americans who feel bruised and left behind by a fast-changing and increasingly globalized economy. The Pennsylvania ballot will test how that message resonates in areas that can serve as an example of successful transformation.

It might also give a taste of which narrative might prevail in the campaign for the November presidential election – one built around evidence of steady economic recovery and an improving labor market, or one of pessimism fueled by stagnant incomes for many and widening wealth disparities.

“If you were to design the perfect Trump location, the Lehigh Valley was that 25 years ago,” said Chris Borick, a political science professor at Muhlenberg College in Allentown.

“It is a different place now. Some of the blue collar appeal that Trump may be having in other areas of the country or the state may have less of a target here.”

What You Need to Know about Lead in America

The New York real estate mogul and reality TV celebrity is heading into the Pennsylvania contest with a solid lead, according to most polls. The most recent, published on Thursday by the Center for Politics and Public Affairs at Franklin & Marshall College, gave Trump a 14 percentage point lead over Ohio Governor John Kasich and a 16 point advantage over Sen. Ted Cruz.

Nationally, Trump leads in the tally of delegates to the Republican convention with 845 followed by Ted Cruz with 559 and Kasich with 148, according to Associated Press, and is looking for another big night on April 26. Primaries in Pennsylvania, Connecticut, Rhode Island, Delaware and Maryland will allocate roughly a quarter of the remaining delegates to the July convention—the largest bloc at stake until California votes in June.

Kasich and Cruz supporters hope they can slow Trump’s march to the 1,237 delegates needed to clinch the nomination by snagging delegates chosen at the Congressional district level. The Franklin and Marshall poll showed substantial differences among the candidates across this geographically and culturally diverse state, with Kasich leading around Pittsburgh, near where he was born, and Cruz in a statistical tie with Trump in the central counties that are considered more conservative.

The Lehigh Valley is part of a Congressional district that has returned moderate Republican Charlie Dent to Washington for a decade, and Dent said he expected Kasich, whom he has endorsed, to do well there.

“The area is not as rigid ideologically as other parts of the country,” Dent told Reuters. “Maybe it is the old Pennsylvania-German ethic. They expect roads to get built and paved.”

That pragmatic streak was apparent last week among Kasich supporters who attended a town hall in Media, a middle class suburb south of Philadelphia.

“Trump has made his millions, but that is not like managing the federal budget,” said Mary Emily Pagano, a former social worker for the local county.

A strong result for Trump in areas such as the Lehigh Valley, however, would be a bad omen for his rivals—a sign that his “make America great again” message has appeal beyond voters who are at the margins economically.

Lehigh and Northampton counties have a larger share of households than the state as a whole that earn more than $75,000, about 36 percent, a group where Kasich is even with Trump in some polls. Unemployment has also been below the national rate of 5% in a metropolitan area that includes Allentown, Bethlehem and Easton.

Despite the steel industry’s decline, the area’s manufacturing workforce is slightly larger than the national average, with a growing food processing hub, 1,000 remaining steel foundry jobs and around 75 new positions headed here from China. The Zhejiang-based Fuling company, which makes plastic cutlery and other products for fast food restaurants, decided to move its less labor intensive straw making operation to Allentown instead of paying to ship straws—and the air inside them—from China.

Olympus and other companies have put hundreds of sales, marketing and customer support positions at an office park near Bethlehem, fueling the shift from blue collar jobs. Olympus chief executive for the Americas, Barcelona native Nacho Abia, said the region was a perfect fit, with open space, proximity to the New York-Washington corridor, and a network of local colleges supplying the educated workforce he needs.

Don Cunningham, who was mayor of Bethlehem when steel production stopped and now heads the Lehigh Valley Economic Development Corporation, does not miss the old days.

Yet Trump has struck a chord, said Jerry Green, president of United Steelworkers Local 2599, the union that in its World War II heyday represented more than 30,000 Bethlehem Steel employees. Membership is now down to around 1,200, based at foundry and casting operations, such as privately held Victaulic, a global manufacturer of high-end fittings used to join pipes.

Green said there was no shortage of jobs, but many of them failed to provide an adequate living or career, such as the warehouse clerk positions being created by a boom in e-commerce distribution that offer starting wages of around $11.

“Yes there are jobs, but not good paying ones,” Green said. Trump’s comments on trade are what most people want to hear, he said.

“He talks a good game. Can he produce? If people were sure he could, they would probably support him.”