Now Anyone Can Climb Mount Everest in VR 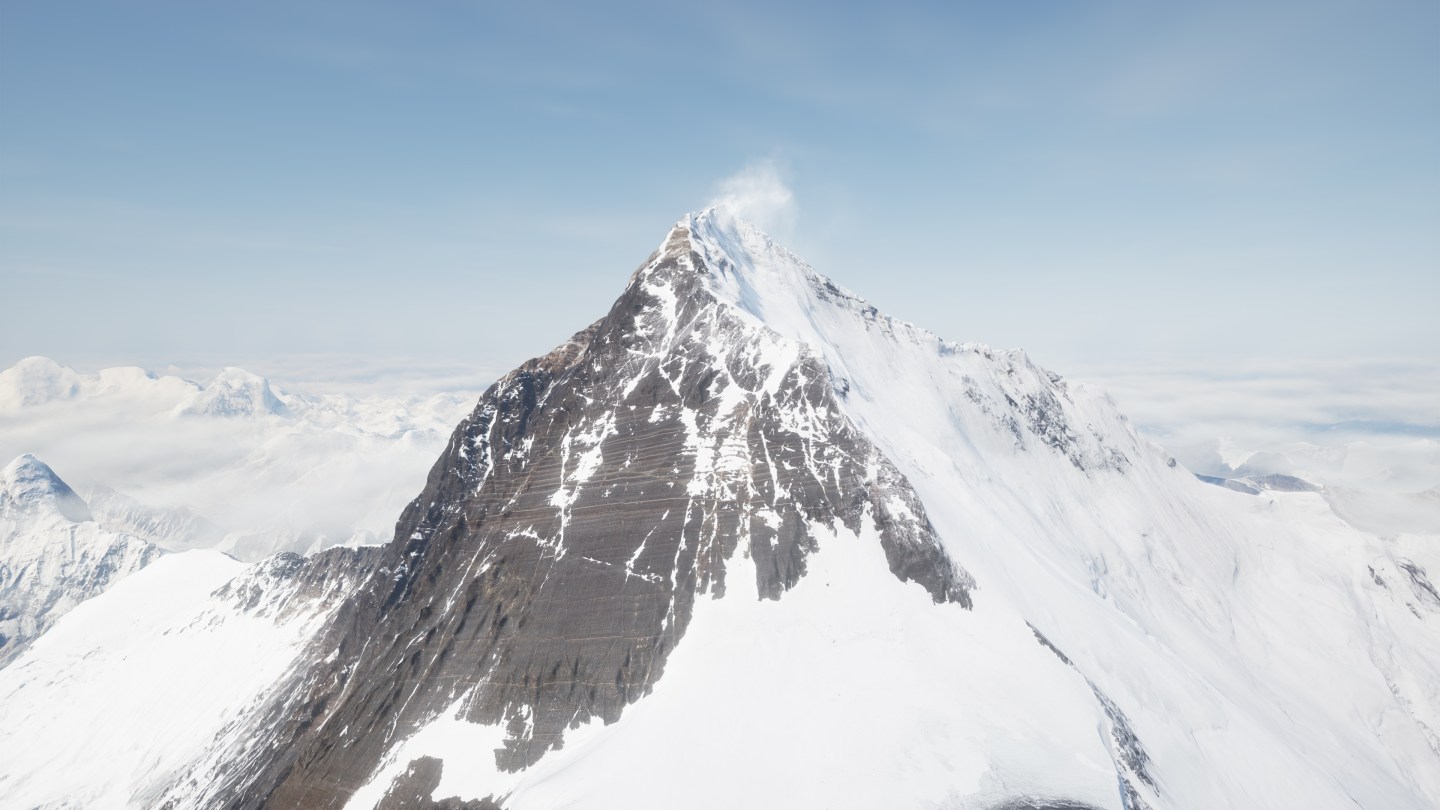 Only 4,000 people have reached the summit of Mount Everest in history, but that number is about to grow exponentially with the advent of virtual reality. Reykjavík, Iceland-based developer Sólfar Studios has created a new experience, Everest VR, that will be playable on HTC Vive, Oculus Rift, and PlayStation VR later this year.

While a real trek up the famous mountain will take eight weeks, the virtual experience will span a few hours. And the price of a Vive, Rift (FB), or PlayStation VR (SNE) will be far less than the $45,000 required to scale the real mountain. Plus, virtual reality is much safer.

Thor Gunnarsson, co-founder of Sólfar Studios, says virtual reality is uniquely able to immerse people in natural environments that they would otherwise never dream of experiencing in reality.

“By recreating key moments of the climbing experience in a first-person immersive and interactive setting with near photo-real visual fidelity, we felt we could deliver a meaningful glimpse of this dream,” Gunnarsson says.

Everest VR is not a technical hiking simulation, although Gunnarsson believes it could help some players overcome their fear of heights. The biggest challenge the studio faces was in finding the balance between accurate simulation and accessibility.

“Maintaining verisimilitude is important, but at the same time we´re not setting out to create a hiking simulator or highly technical mountaineering game,” Gunnarsson says. “The trick is to find that balance. Give players a series of key vignettes or experiences that really evoke those key moments of an expedition, and do those in a fashion that is faithful to the emotional experience climbers have of the mountain.”

“RVX had real experience from the mountain, shooting high resolution photos that we felt could be used to create a 3D scene in VR using stereo photogrammetry, a technique that uses actual photos to calculate the underlying geometry and applies those photographs to the resulting model as texture maps,” Gunnarsson says.

And New Zealand game designer Dean Hall, creator of the popular PC game DayZ, visited Solfar to share his own experiences in climbing Everest with the team. Solfar’s lead animator, Óðinn Árnason, is an experienced ice climber and mountaineer, and Gunnarsson says his expertise was key for the more technical aspects of the gear used in mountaineering.

Everest VR was developed using Epic Games’ Unreal Engine 4 technology. Gunnarsson says that one could record locations like Everest with a 360-degree camera, the resulting experience is a static, passive video experience that just doesn´t do justice to the inherent promise of virtual reality.

“By using a cutting-edge game engine like Unreal Engine 4 to recreate a synthetic 3D scene that you can actually interact with and move through, the experience comes to life where you feel truly present in the simulation,” Gunnarsson says.

That technology is allowing a cross-platform experience designed for both PC and PlayStation 4 controllers. Gunnarsson says hand controllers such as Oculus Touch, PlayStation Move, and the Vive controllers are key to the virtual reality experience.

“Gripping ascenders to hold onto the safety ropes as you walk across a ladder on the Khumbu Icefall, clipping onto a safety rope as you traverse a narrow ledge to reach the Hilary Step and climb it, or adjusting your oxygen flow to avoid hypoxia in the Death Zone are all key aspects of the experience, and require your hands to make it feel real,” Gunnarsson says.

The studio is also developing Godling for PlayStation VR, which puts players in the role of a child god overseeing a natural kingdom.