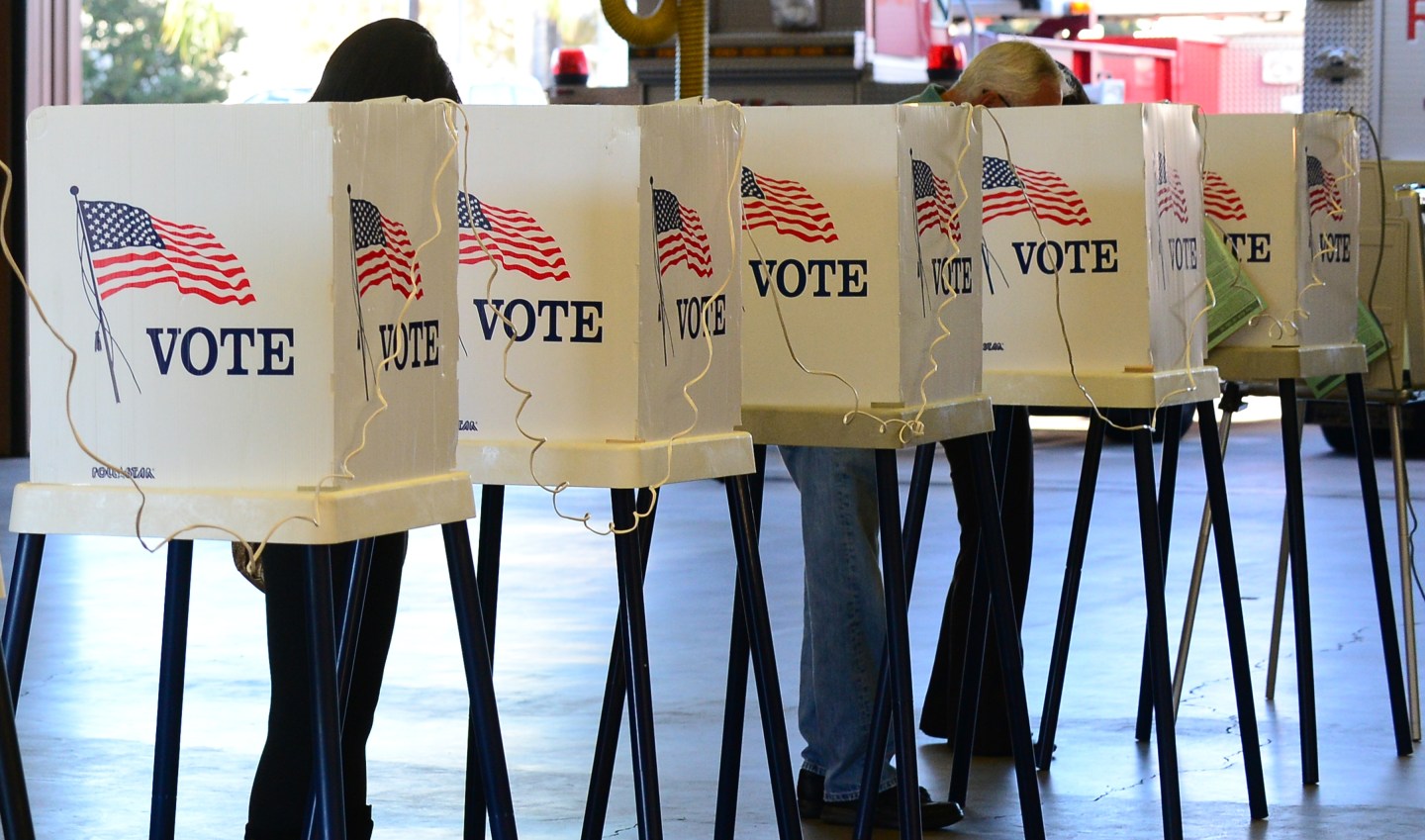 Citizens vote on Election Day at Fire Station #71 in Alhambra, Los Angeles County, on November 6, 2012 in California, as Americans flock to the polls nationwide to decide between President Barack Obama, his Rebuplican challenger Mitt Romney, and a wide range of other issues. Alhambra is one of 6 cities in California's 49th Assembly District, the state's first legislative district where Asian-Americans make up the majority of the population. AFP PHOTO / Frederic J. BROWN (Photo credit should read FREDERIC J. BROWN/AFP/Getty Images)
Photograph by Frederic J. Brown—AFP/Getty Images

Virginia Governor Terry McAuliffe signed an order on Friday restoring the voting rights of more than 200,000 convicted felons who have completed their sentences, in a move that could help the Democratic nominee in November’s presidential election.

By using his executive powers, the Democratic governor is circumventing the Republican majority in the state General Assembly. Many of the convicts affected by the order are African-Americans or Latinos, two groups that have voted overwhelmingly for Democratic candidates in the past.

“Virginia will no longer build walls and barriers to the ballot box—we will break them down,” McAuliffe said in a message on his Twitter (TWTR) account.

For more on voting, watch:

Advocates of restoring voting rights say it is a way of promoting racial justice, as African-Americans are convicted of crimes and sent to prison at about twice the rate of the overall U.S. population.

Stephen J. Farnsworth, a political analyst at the University of Mary Washington in Fredericksburg, said a majority of the convicted felons who regained their voting rights were likely members of minority groups.

Of the 5.8 million Americans banned from voting, 2.2 million are African-American, according to the Sentencing Project, a prison reform advocacy group.

In three states—Virginia, Florida and Kentucky—more than a fifth of black residents outside of prison are barred from voting. About 13% of the U.S. population is African-American.

McAuliffe’s order drew immediate criticism from John Whitbeck, chairman of the Republican Party of Virginia, who said the governor should have excluded those convicted of violent crimes.

“His decision to issue a blanket restoration, without regard to the nature of the crimes committed doesn’t speak of mercy. Rather, it speaks of political opportunism,” Whitbeck said in a statement.

Nationwide, restoration of voting rights is an issue that has drawn support from both Democrats and Republicans as a way to improve reintegration of prisoners into society.

About two dozen states have eased restrictions on felons casting ballots over the past two decades, according to the Sentencing Project.

But the move carries political implications as well. Virginia is considered a key swing state in the 2016 election, and the governor’s order could tip the balance in favor of the Democratic candidate who wins the party’s nomination.

While Democrat Barack Obama took Virginia both in the 2008 and 2012 elections, Republican presidential candidates have a history of dominance in the state. Before Obama’s victories, Republicans carried Virginia in every presidential election since 1952 except one. In 1964, Democrat Lyndon Johnson won in Virginia as he defeated Barry Goldwater in a national landslide.

The governor, who said on Friday Virginia has had some of the most restrictive laws in the country for restoration of voting and civil rights, has made the issue a high priority during his administration. Previous efforts have resulted in the restoration of voting rights to 18,000 Virginians, he said.

The order will restore the rights of every Virginia felon who completed his or her sentence and all other requirements as of April 22, affecting 206,000 people immediately, the governor said in a press release.

Before the order, Virginia felons would have to petition the governor, who had broad discretion in ruling on any request.