Target to Allow Transgender People to Use Bathroom of Their Choice 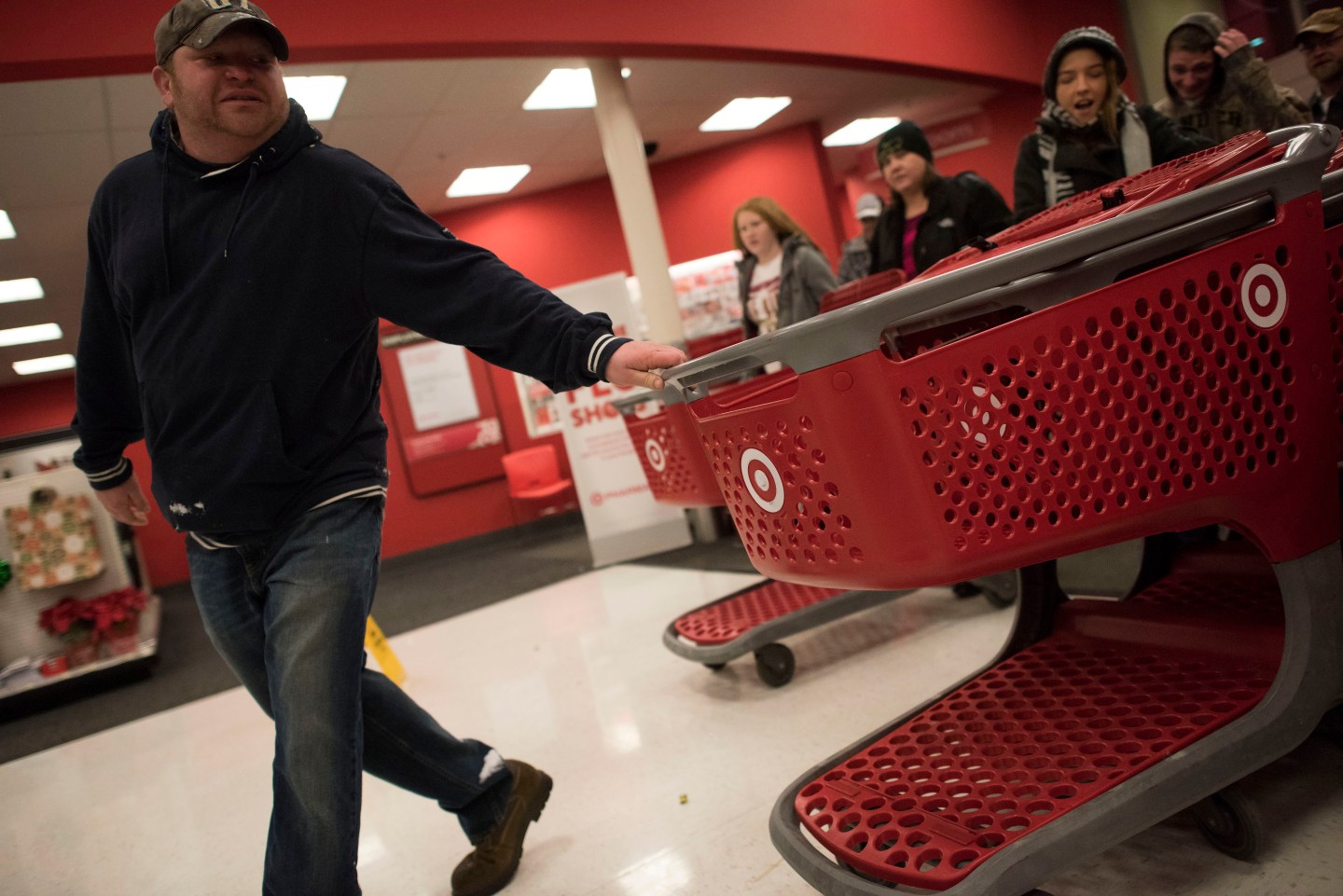 Bloomberg Bloomberg via Getty Images
Wading into the contentious national debate about the rights of transgender people, Target (TGT) said on Tuesday that transgender workers and customers can use the restroom that is aligned with the gender they identify with.
“Inclusivity is a core belief at Target,” the discount retailer said on its blog. “It’s something we celebrate. We stand for equality and equity, and strive to make our guests and team members feel accepted, respected and welcomed in our stores and workplaces every day.”
Target also said it supports the federal Equality Act, a law that provides protections to LGBT individuals, and opposes action that enables discrimination.The move comes amid an uproar over legislation recently signed into law North Carolina that compels transgender people to only use restroom in public buildings that correspond to their sex at birth. Similar laws have been passed, or are being considered elsewhere in the country, in states such as Mississippi.
The North Carolina law prompted artists such as Pearl Jam, Bruce Springsteen and Ringo Starr to cancel concerts in the state recently. Earlier this month, PayPal (PYPL) cancelled plans to open an operations center in Charlotte in protest.
The moves comes a few months after Target announced it would phase out gender-specific signage in store aisles that carry kids’ toys, bedding, and books.
It’s not the first time Target takes a potentially politically controversial stance on a hot issue, a potentially risky move for any retailer like Target that reaches a wide swathe of the country.
A few years ago, Target found itself in the crosshairs of guns rights activists when it asked them to leave guns in their car when coming to shop even if they have the right to bear them. The retailer has also long been a vocal supporter of LGBT rights, even featuring same-sex couples parenting children in its promotional material.
In recent years, Target has been trying to woo urban and affluent shoppers more, a demographic typically seen as supporting LGBT rights.Its stance on controversial issues has apparently not hurt business: Target’s comparable sales rose 2.1 percent in 2015.