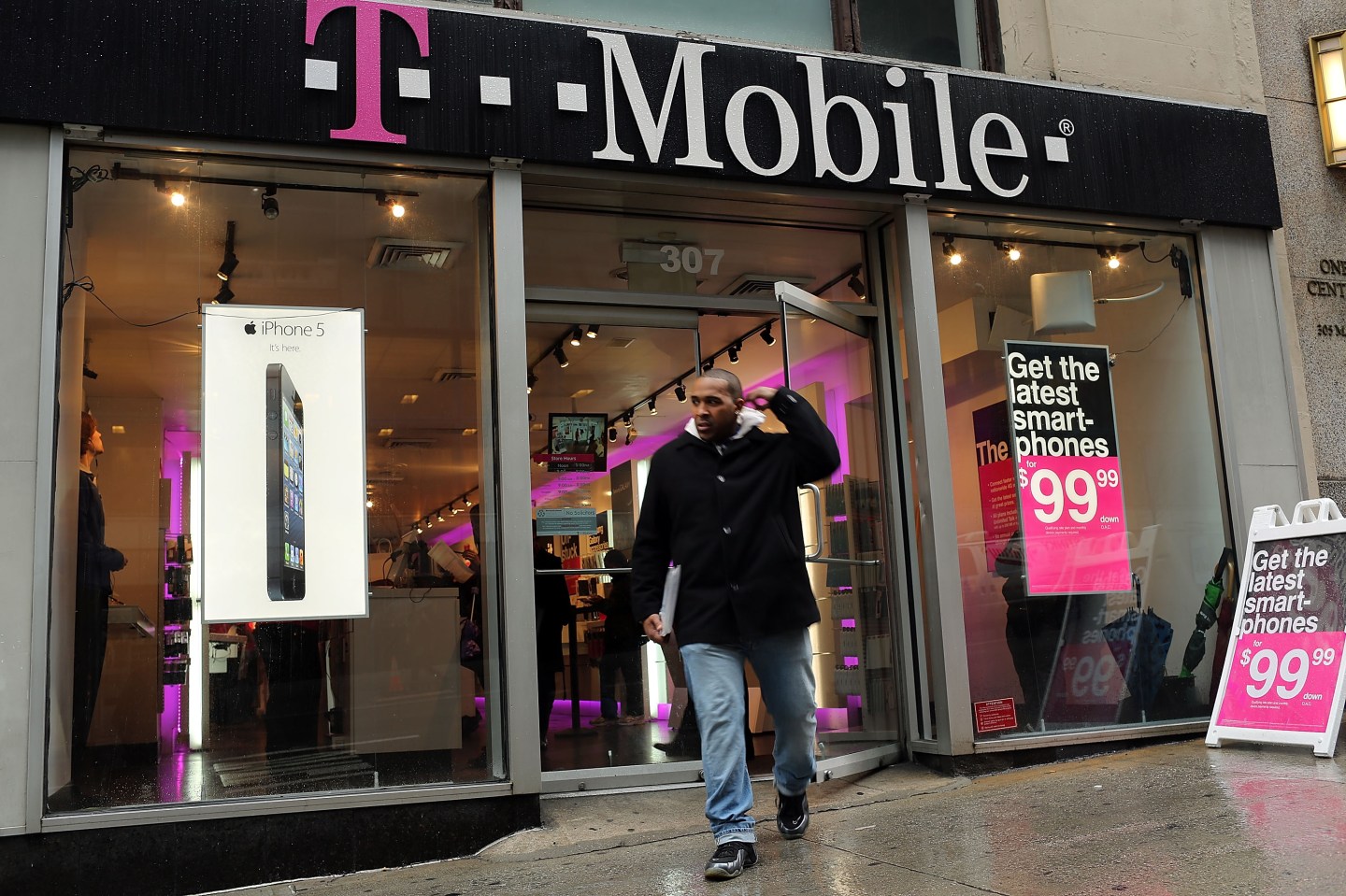 T-Mobile’s aggressive marketing campaigns continued to pay off in the first quarter, according to a research firm’s quarterly tracking report.

The third-largest mobile carrier posted by far the highest growth rate for new phone activations among customers transferring from a competitor, at 42% of its base that was at risk of leaving in the quarter, Consumer Intelligence Research Partners reported. Sprint also did well, with a 30% gain from competitors.

T-Mobile’s 42% gain was “astonishing,” Josh Lowitz, partner and co-founder at CIRP, said. T-Mobile CEO John Legere’s outspoken and provocative “Uncarrier” marketing campaigns, combined with discounts and price cuts, have attracted the most new subscribers in the industry over the past two years, but competitors continue to hope the magic will wear off soon. Sprint had to pull an ad last week that featured a white woman describing T-Mobile as “ghetto.”

For more on T-Mobile vs. Sprint, watch:

The CIPR report also found that T-Mobile (TMUS) did much better than Sprint (S) at retaining the customers it already had among those who activated a phone during the quarter. Sprint lost 27% of its base that was at risk of leaving to others, while T-Mobile lost only 18%, on par with losses of 16% at AT&T (T) and 17% from Verizon (VZ).

The larger carriers’ gains from competitors were more muted, with AT&T adding 10% and Verizon 14%.

Adding up all the transfers and also taking into account new, first time mobile customers, T-Mobile lapped the field with a net 31% growth rate among new activation customers in the first quarter. AT&T and Sprint posted a net gain of only 3% and Verizon increased just 1%. All other carriers had a net loss of 13%.

The CIRP figures are based on estimates of carriers’ “at risk” customers, such as those coming off two-year contracts. About 12% of the total market activated a new phone in the quarter, CIRP said. Since AT&T and Verizon have more subscribers, each percentage point represents more actual phone activations than a percentage point at Sprint or T-Mobile.

The report was based on a survey of 500 people who activated a phone from January 1 and March 31, CIRP said.

The CIRP numbers are not directly comparable to the net churn numbers that the carriers report, which are calculated as the net number of subscribers that defected relative to a carrier’s entire mobile customer base. The carriers will report their actual first quarter subscriber numbers in upcoming earnings reports. Verizon reports on April 21 and AT&T on April 26. Sprint and T-Mobile are expected to report in coming weeks but haven’t announced dates yet.