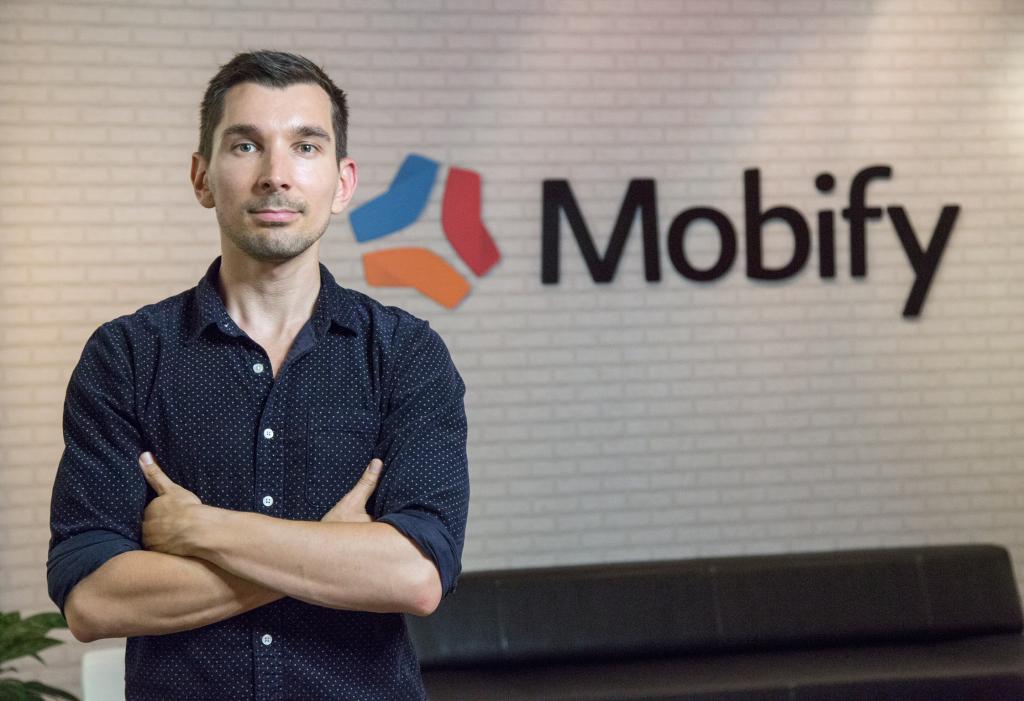 Mobify, a startup which aims to help retailers attract and retain customers both online and in the brick-and-mortar world, has bought Pathful, a small artificial intelligence (AI) specialist. Terms were not disclosed.

Both companies are based in Vancouver, British Columbia—so there’s a geographic fit—but aside from that, Pathful will bring more machine learning or AI smarts to Mobify. In theory, that will help it offer more tailored (and thus useful, and hopefully not annoying) offers to would-be shoppers based on what it knows about their tastes, interests, and past actions.

“Our goal is to help retailers connect with shoppers and the next frontier is do it in a way that’s much better than email marketing,” Mobify chief executive Igor Faletski told Fortune.

“We think every message has to be personal and relevant. You won’t tolerate spam on your smart phone. A lot of automation is required behind the scenes to make sureall alerts are applicable to the recipient,” he said.

Facebook users may be able to buy through Messenger

This all has to be voluntary—would-be promotion recipients must opt into the specific retailer’s program. Then, if you’re a fan of Eddie Bauer or Ann Taylor—two Mobify retail customers—you might receive a promotion or coupon on your smart phone when you’re walking by either store and perhaps an additional incentive when you enter.

A few months ago, Mobify bought Dónde to boost its ability to target these prospective customers based on their location. It can also create local landing pages that are customized for the store location and custom banners who open up an app in the store, Faletski said.

“Dónde was about location marketing whereas Pathful is the brains on the backend,” Faletski said.

Pathful lives in a category called content analytics. Its software sifts through huge amounts of data looking at how many site visitors or app users interact with what they see there. It looks at conversion rates, that is what percentage of lookie-lous end up buying something.

Toward that end it doesn’t just look at “vanity metrics” or the sheer number of people who reach a given site or read a given piece of email but how many of those prospects actually interact with a given part of the site or app and (fingers crossed!) buy something.

The idea now is for Mobify to be able to combine that interesting data with location and other information to entice shoppers both in the physical and online world with compelling offers that may end up in with a purchase rather than in a trash bin.

Mobify is not alone in trying to make better pitches and wring the barriers out of commerce. This was a major theme at the Facebook (FB) F8 confab last week where Facebook touted the use of “bots” as a way for businesses to offer mobile message-based promotions or otherwise communicate with prospective customers via a chat function. Earlier this month, Facebook claimed its Messenger app has 900 million users, and is trying to get more businesses to use Messenger as a customer interaction vehicle.

In February, Mobify announced $10 million in a Series A venture round led by Acton Capital Partners. Competitors in mobile marketing include Newstore and Moovweb. But in e-commerce generally there are huge players including Adobe Systems (ADBE); Demandware (DWRE); Oracle (ORCL) which built a commerce practice on its acquisition of Art Technology Group six years ago. And, IBM (IBM) by virtue of its purchases of Unica and Silverpop is also in the mix.