Facebook Users May Be Able To Shop Through Messenger 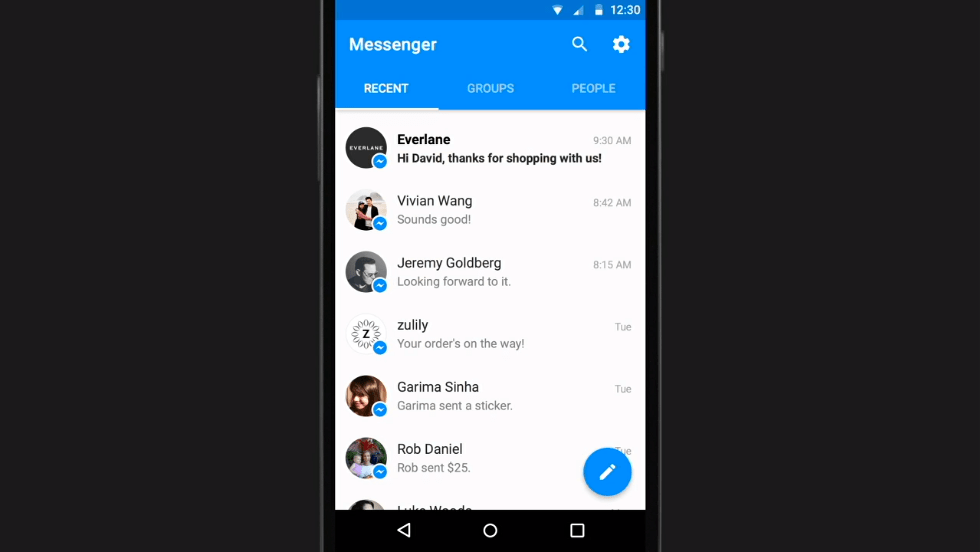 Facebook is steadily turning its Messenger app into a mobile hub for arranging a ride, talking to a customer service agent, and sending money to friends. Next up could be a way for users to shop at brick and mortar stores within the app, according to a new report from tech news site The Information.

Evidence of the potential plans were found inside the software code for Facebook’s chat app Messenger, which now has 800 million users. The code includes directions for users to “pay directly in Messenger when you pick up the item” in a store with “no cash needed,” according to the report.

That means that merchants, retailers in particular, could let shoppers buy products from within the app. Currently, a number of retailers including Everlane and Zulily are using Messenger for handling customer service around orders, but not yet for paying for actual purchases.

Facebook is also reportedly trying to recruit more retailers to use Messenger as a way for them to communicate with shoppers about their purchases and their deliveries.

Previously, Facebook CEO Mark Zuckerberg has denied that the company has ambitions to make money from transactions, but that commerce in the app would help create an opportunity to sell advertising. The social networking giant is also reportedly planning to start slipping ads in messages between users and businesses by the end of June.

And Messenger is also experimenting with “chat bots,” software programs that talk with users and answer their questions, similar to human conversations. These automated bots could help users with shopping and booking services like restaurant reservations and travel. Facebook also now lets users order Uber and Lyft rides from the app by tapping an icon within the app to order a ride.

With the addition of commerce, the social network is taking a page from popular Asian messaging apps like Tencent-owned WeChat, which lets Chinese consumers buy items, order rides, and transfer money to Facebook friends. The idea is to let users do more within the app so they never need to leave it to shop, request an Uber ride, or book a restaurant reservation.