Islamic State Ups the Size and Sophistication of Its Drone Fleet 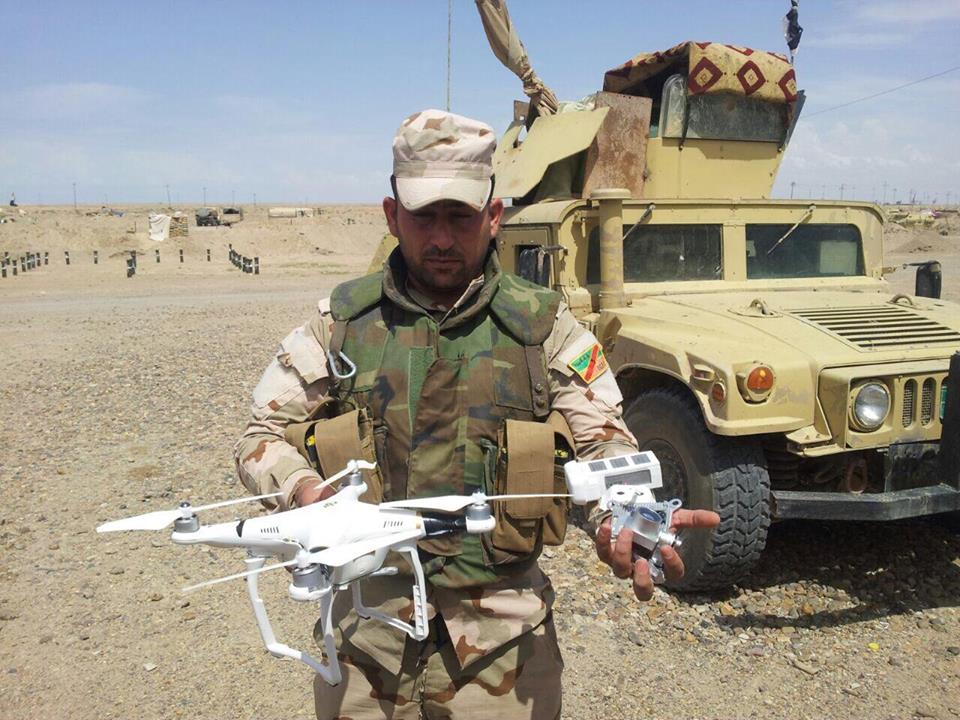 Islamic State fighters in Iraq and Syria are stepping up their efforts to use small, remotely piloted drones to their advantage, increasing both the size and sophistication of their drone arsenal, the Iraqi Ministry of Defense reported this week.

Photos released by the Iraqi MOD over the weekend show Iraqi Sgt. Hussain Musa Kathum holding a DJI Phantom 3 quadrotor drone—the same kind customers can easily purchase for less than $1,000 online—that he reportedly knocked out of the sky this month in northern Anbar province. According to an MOD Facebook post, the drone had been collecting imagery of an Iraqi army outpost and surrounding areas.

The incident marks the latest in an uptick in the use of small, inexpensive drones by the Islamic State, which uses the vehicles not only to collect reconnaissance but also as potentially deadly weapons. The drone downing in Anbar is at least the fifth time in 13 months that coalition forces have publicly acknowledged that its forces have destroyed an Islamic State drone, the Military Times reports.

Last year, an unconfirmed report out of Syria said that IS fighters had fitted two drones with explosive payloads, turning them effectively into small cruise missiles. Both drones were shot down by Kurdish fighters in Syria. One of the drones detonated, but no one was killed or injured in that attack.

Militants have also allegedly used drones to direct mortar and rocket attacks on coalition forces. Last month, a Marine Corps staff sergeant was killed by an Islamic State rocket that struck his fire base near Makhmur, Iraq. When the U.S. retaliated two weeks later with a drone strike that killed the Islamic State rocket expert responsible, the remains of an improvised drone were found among the wreckage.

Iran-backed militant groups like Hamas and Hezbollah have similarly weaponized small drones and, with somewhat greater success, based their “suicide drones” on military-grade drones also supplied by Iran. The Islamic State has had to rely on less sophisticated consumer-grade drones, but given the group’s talent for devising new and unexpected ways to build and deploy explosives, the trend is troubling to security experts.

For more about the Islamic State, watch:

Earlier this month at a nuclear summit in Washington, D.C., President Obama highlighted the potential security threats that drones present by citing a scenario in which a terrorist organization might obtain nuclear material via the dark web, then used a drone to spread that material around a crowded metropolis. While purely hypothetical, the fact that the leader of the free world chose a drone-based terror scenario as a means to cajole world leaders into taking such threats seriously reveals just how much security experts are now paying attention to potential drone-borne threats.

Worries over those threats have driven private sector businesses to devise a range of counter-drone solutions, ranging from shoulder-fired, anti-drone bazookas to more sophisticated (and costly) systems that can deploy a range of countermeasures, from kinetic shoot-to-kill weapons to electronic countermeasures that hijack control of offending drones.