What ‘Time’ Gets Wrong About America’s $13.9 Trillion Debt 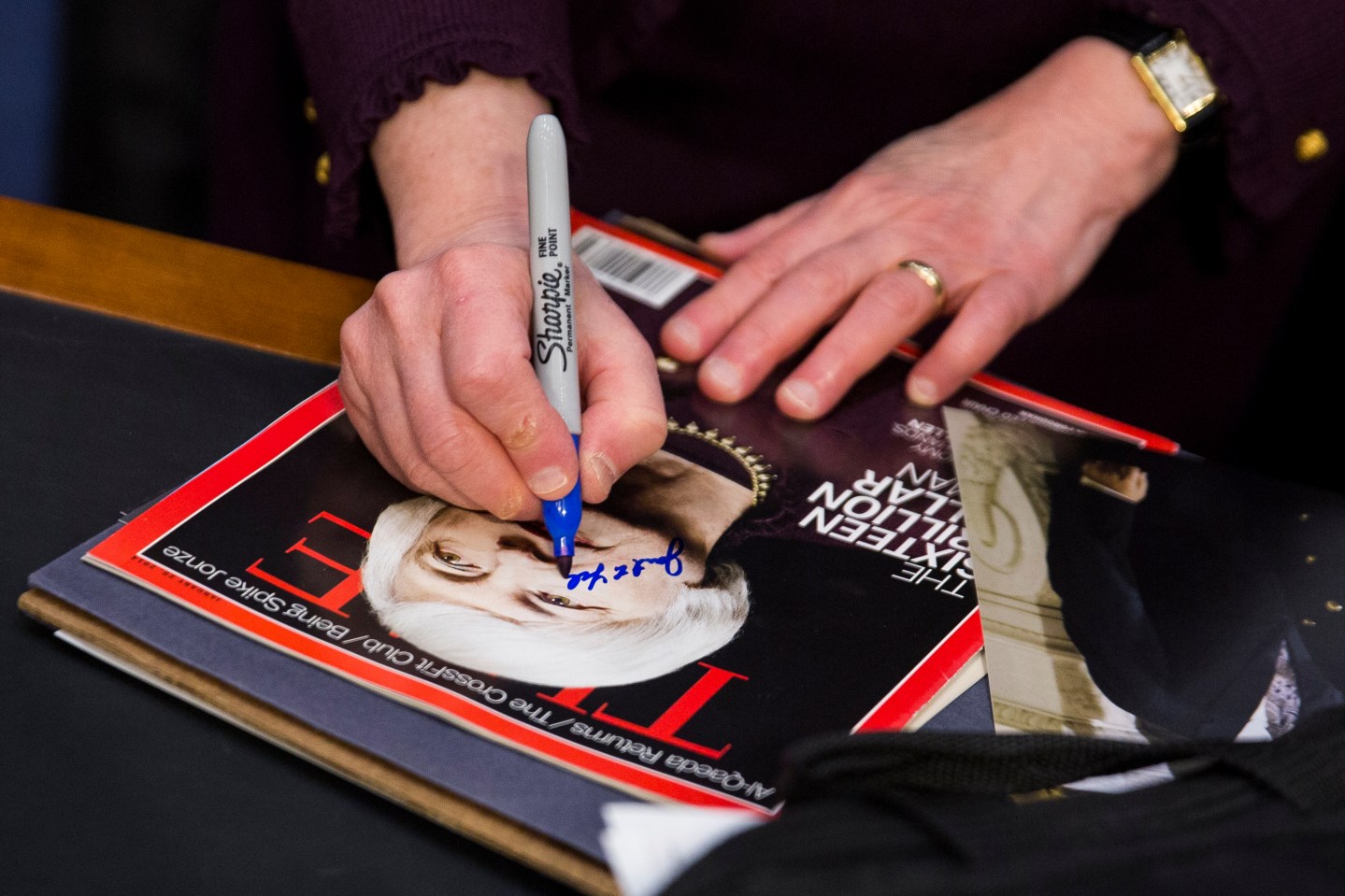 The trouble with Time‘s current cover story is not that the $42,998.12 per person the magazine says every American man, woman, and child will eventually be asked to hand over to pay off the government’s enormous debt is too high. It’s that it’s too low.

The figure should be bigger—much, much bigger. In fact, according to Time‘s logic, the amount the magazine should have stated that every American owes is really $59,607. That figure includes the $5.3 trillion dollars the Social Security administration and other government programs have agreed to pay out. Add that to the rest of the government debt, the $13.9 trillion highlighted by Fortune’s sister publication, and you get to $19.2 trillion, or the nearly $60,000 per person figure.

But that’s not all. There’s also $3 trillion in state and local debt, $14 trillion in personal debt as well as nearly $13 trillion in debt owed by U.S. companies, for a grand total of $49 trillion, or $152,335 that by Time’s logic each and every American will have to pay out of pocket. Start saving.

But Time didn’t put the $49 trillion or even $19.2 trillion figures on its cover. For good reason: That would be ridiculous.

The point is that the article just looks at the debt and leaves out everything else. Time has a chart in its story that shows the portion of the debt that we owe, and the line goes up and to the right, way up. But in the same time assets have gone up and to the right, also way up. A more balanced way to look at the national deficit is as a percentage of assets.

That percentage has still gone up. But not nearly as quickly, and the percentage is down slightly from where it was a few years ago. What’s more, at 13% of assets, it seems pretty manageable. The point is $42,998 may be a lot of money for the average working American, and pretty much impossible to come up with for someone making minimum wage or unemployed. But $42,998 is not a lot for Donald Trump: He’s worth TEN BILLION DOLLARS. Trump could pay well more than $42,988, and would have to if we had pay the debt back immediately—which we don’t. That’s how a progressive tax system, like ours, works.

Calculate the debt per person figure that way and it is much less scary. The top 20% of the U.S. population owns 85% of the nation’s wealth. Assign that portion of the population the same percentage of the debt, and that’s $182,725.02 per person. That means for the rest of us, 80% of Americans, the Time cover should have read, “You owe $8,061.40.” Still scared?

The real problem with Time‘s cover story is not that the story is wrong or that the author, Jim Grant, is not a smart guy. Grant is keen observer of financial markets and corporate America. His warnings about debt derivatives in the run up to the financial crisis were prescient. The problem with the article is that it validates the long-running hysteria around the national debt, which Grant has very much been a part of.

In the first sentence of the Time article Grant says that what he’s learned writing and studying for the past 40 years is that, as a caveman would put it, “Debt, bad.” But Grant didn’t come to discover that over 40 years. I can find stories on his website of his long-running newsletter, Grant’s Interest Rate Observer, going back to 1984 warning about the imminent danger caused by the growing national debt. Since that time, the debt has grown $12.6 trillion, and the growth of our nation’s economy, except for a few rough patches, has continued to be historically pretty good. What’s more, interest rates have plunged from nearly 13% on the 10-year Treasury in 1984 to a just under 2% currently. In sum, America is considered one of the most credit-worthy borrowers on the planet, at least by lenders, which is what matters.

At the heart of the “debt, bad” hysteria is the idea that rising national debt levels will slow growth.

There is little evidence of this, especially with debt-to-GDP levels below 90%, which is where the U.S. is solidly below now, at around 75%. But there’s pretty much widespread agreement that any plan that forced Americans to pay off the debt immediately would slam the breaks on consumer spending and economic growth, and likely lead to the worst depression this country has ever seen.

Grant wisely doesn’t recommend that. The only proposal Grant has in the piece to solve the national debt is to eliminate tax withholding, thereby forcing Americans to fully feel the drain of paying taxes. Grant says the result would be an enormous amount of political pressure on Washington to shrink government spending, and therefore a smaller deficit.

But it wouldn’t. Eliminate tax withholding and the deficit would go up, because it would make it harder for the IRS to collect taxes, especially from those who have already spent their tax money. But even if Grant is correct, shrinking government spending would likely lead to a recession, if not a depression; indeed, many economists believe the recovery from the Great Recession has been weak precisely because government spending contracted vs. expanded.

Grant repeatedly says the national debt means we are effectively stealing from our children or our grandchildren, lowering their prosperity by forcing them to pay a bill that we have run up. But once again that is only looking at half the equation. Wealth is about income as well as debt. Forcing the nation into a depression to pay off the debt would hurt the country’s living standards for decades to come, and making our grandchildren less well off. Lower growth and lower incomes sap prosperity as much as, and probably more so, than the national debt. Increasing the level of government debt can boost growth and incomes, and lead to a richer nation for years to come—both Milton Friedman and John Keynes believed that.

We may have a debt problem in the future. But we continue to have a jobs, and particularly a wage and standard of living problem, for a great portion of America’s shrinking middle class right now. Millennial workers are having a harder time entering the workforce than any post-World War II generation. The damage of articles like the one on the cover of this week’s Time is it validates the hysteria-built belief that we are somehow doing right by our children by making today’s middle class, and young workers, suffer. We are not.