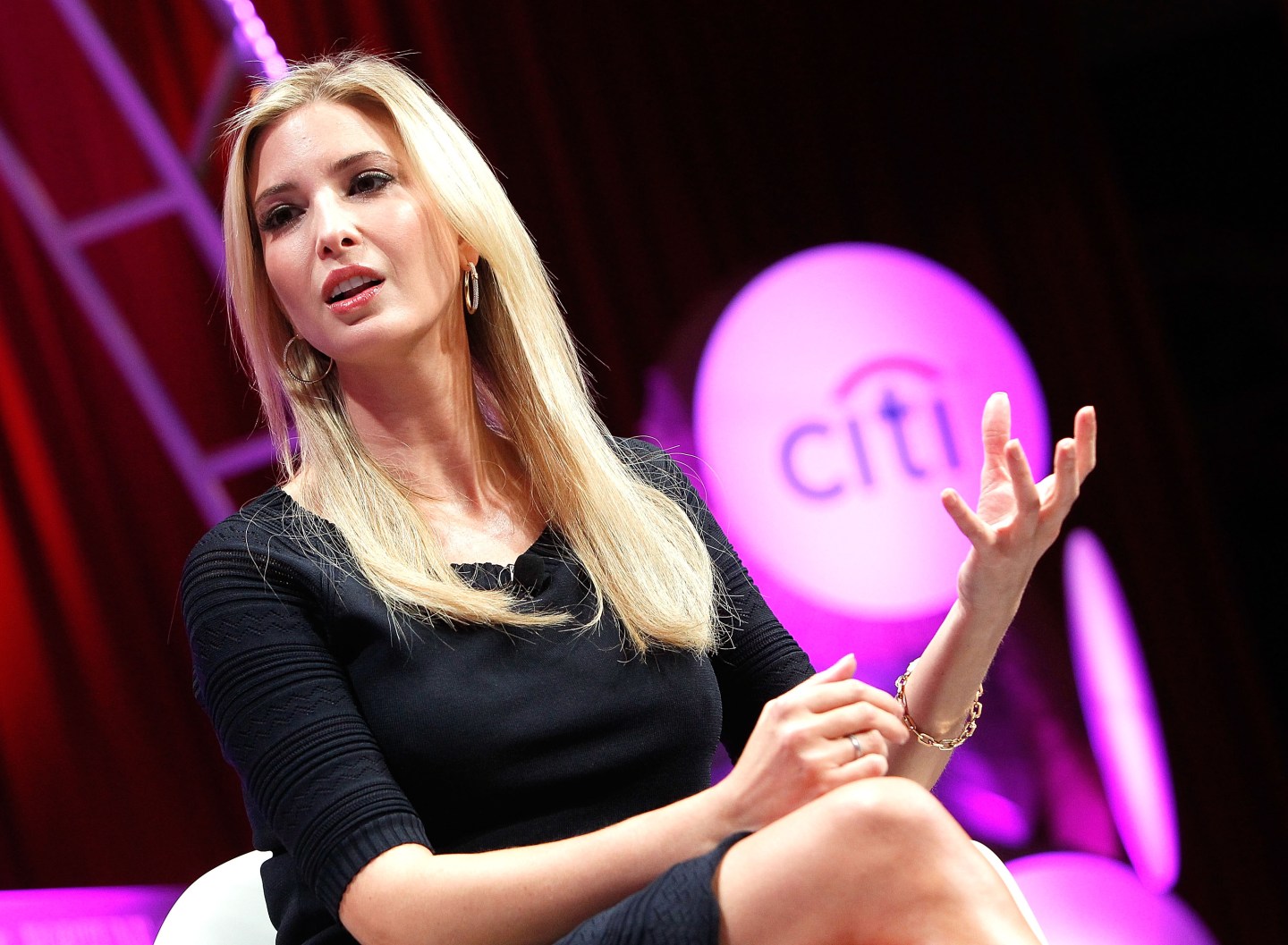 Donald Trump might have just found a new secret weapon: his daughter Ivanka.

In an hour-long interview with CNN Tuesday night that featured the GOP frontrunner, his wife Melania, and four of his children, Ivanka Trump stood out as a capable defender of her father’s record, especially with women, an area where he’s repeatedly floundered.

Ivanka Trump, a fashion designer who gave birth to her third child in late March, deftly fielded questions about her dad’s reputation as a misogynist.

“I’ve witnessed these incredible female role models that he’s employed in the highest executive positions at the Trump Organization my entire life, in an industry that has been dominated by men, is still dominated by men, but certainly was when he was starting out in his career and employing some of these women and raising them through the ranks.” she said, according to a report in The New York Times.

As an example of Trump’s empowerment of women, she said that her dad told her and her younger half-sister Tiffany that no pursuit was off-limits. “There wasn’t anything I couldn’t do if I set my mind to it, if I had deep passion,” she said. That message is not one “a father would relay to a daughter who he didn’t believe had the potential to accomplish exactly what her brothers could,” she said. “So for me, his actions speak louder than the words of many politicians who talk about gender equality but it’s not evidenced in their daily employment practices.”

Ivanka Trump’s articulate remarks are notable because the Republican candidate has again and again faced criticism for his comments about women on the campaign trail. He’s been dogged by his back-and-forth with Fox New host Megyn Kelly, whom he sparred with in the first GOP debate in August. He’s called Kelly “crazy” on several occasions and at one point said “there was blood coming out of her eyes, blood coming out of her wherever,” which many took as a reference to menstruation. Last month, he incensed members of both political parties by suggesting that women be punished for having abortions, a stance that even pro-lifers deem insensitive.

While Ivanka Trump proved a competent spokesperson for her father, she won’t actually be able to vote for him in New York’s primary next week since she and her brother Eric failed to register on time.

Donald Trump likely welcomed his daughter’s performance Tuesday night since he could use every bit of help winning over more women. In the past several weeks, he’s lost ground in the delegate count to Senator Ted Cruz, making the possibility of a contested Republican convention all the more likely. His recent losses are no doubt due in part to his lack of support among female voters. An April poll by Gallup found that seven in 10 women view him unfavorably.