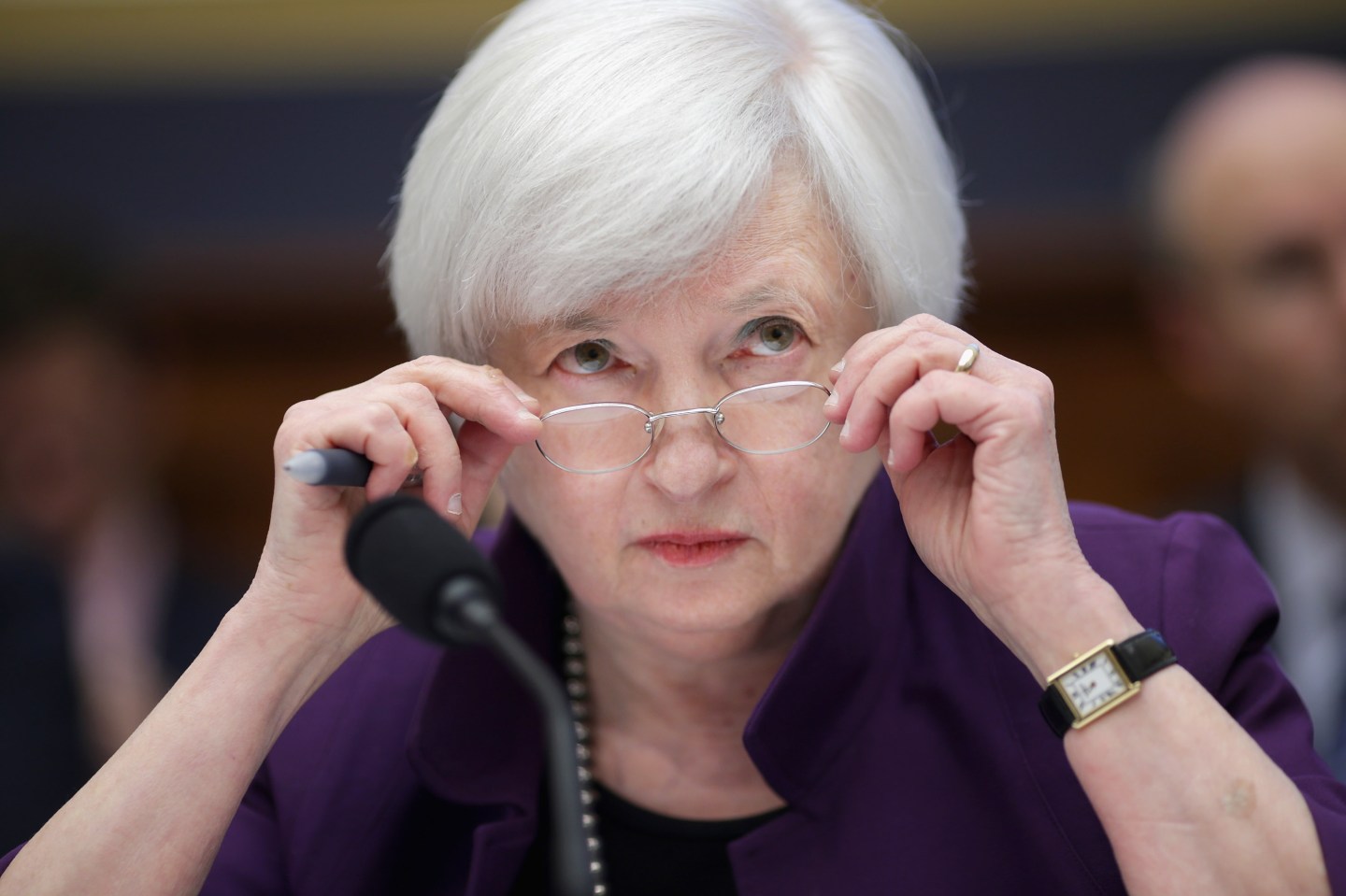 Federal Reserve Chair Janet Yellen has declared that the U.S. central bank’s interest-rate decisions will depend on how the economy performs.

But Fed officials and their staff are already dismissing large swathes of the most recent economic data because they view it as unreliable, a twist that could make it harder for investors, businesses and households to plan for the central bank’s next interest-rate move.

“I would take the first-quarter real GDP estimates with a big grain of salt,” the San Francisco Fed’s chief of research, Glenn Rudebusch, told Reuters in an interview on Friday. “First-quarter will be weak, but we think that it is not representative of the underlying strength of the economy.”

The government will not publish its first estimate of first-quarter economic growth until April 28, the day after the Fed’s next policy meeting, but unofficial guesses are coming in low. The Atlanta Fed, for instance, currently estimates first-quarter GDP growth at a barely perceptible 0.1%.

The economy grew 1.4% in the fourth quarter, and analysts estimate it needs to expand at 2% or faster to keep pushing unemployment down.

Rudebusch says recurrent statistical problems with that estimate, related to seasonal swings in everything from weather to spending patterns, means that real growth last quarter was probably closer to 1.6%.

“It is big,” Rudebusch said of the difference between what the data says and what he believes.

Rudesbusch’s views are important because he advises San Francisco Fed chief John Williams ahead of, and sometimes during, his regular trips to Washington to debate monetary policy.

He is far from the only data skeptic at the Fed. St. Louis Fed President James Bullard last week also suggested he will discount first-quarter GDP readings, saying strong job growth numbers, which have kept unemployment at a healthy 5%, give a better picture of the economy.

The disconnect between what the GDP data says and how Fed staffers and policymakers read it is not a new problem for the Fed, which has endured several years of weakness.

But now that the Fed is actively looking at when to raise rates again after lifting them in December for the first time in nearly a decade, the problem is more acute.

So-called residual seasonality is but one of a number of challenges in interpreting U.S. data. Economic data is constantly revised, and final reads are often significantly higher or lower than initial measurements.

“It’s true that this particular problem, as with any statistical problem, makes the Fed’s job more complicated,” says Lewis Alexander, Nomura’s chief U.S. economist. But, he added, “I think that’s overdone… People are using this as an excuse to ignore weak data.”

PROBLEMS WITH INFLATION DATA TOO

Just as first-quarter GDP growth data tends to be understated, inflation data in the first half of the year tends to be stronger than in the second half. Analysts disagree on why, but some peg it to the methods statisticians use to smooth price changes for seasonal swings.

Whatever the reason, it worries Chicago Fed President Charles Evans, who counsels waiting before responding to the recent uptick in inflation with further rate hikes.

“It’s not completely clear that those are going to be sustainable increases… I think that’s why we have a little latitude, more than a little latitude, to wait at the moment and gather a few more months of inflation to get a little more confident about that,” he told reporters in late March.

U.S. inflation has been running below the Fed’s 2% target for years and Fed officials say they want to be confident it is moving back up before raising rates.

“If we were to raise rates much further and then saw inflation not keep moving up, I’d be nervous,” said Evans.

While it is unclear whether the data is strong enough for the Fed to follow through on its forecast for two rate hikes this year, or whether traders betting on just one or even none have it right, most agree there will be no rate hike in April.

The Fed prominently highlighted risks from the global economy at its last meeting as a reason for caution.

“It’s worth in this environment being patient, and basically being willing to be cautious and let events unfold,” Dallas Fed President Robert Kaplan said on Monday. “And we’ll know soon enough.”