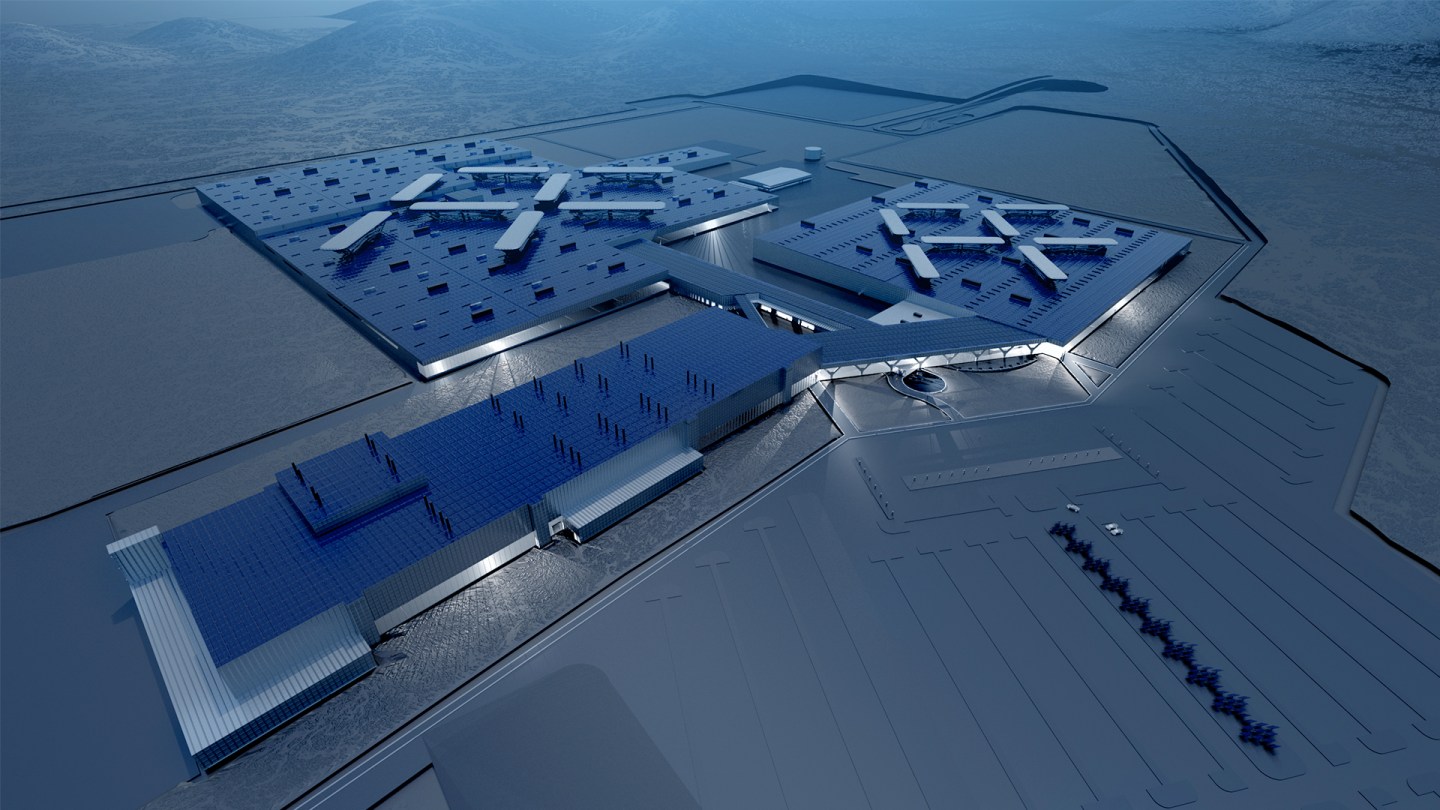 Faraday Future, the electric vehicle startup that wants to take on Tesla, held a groundbreaking ceremony on Wednesday for a factory in North Las Vegas. Although the company plans to begin grading at the site in less than a month and has even started hiring there, it still isn’t entirely clear what it will build or how it will make money.

The Los Angeles-based company plans to manufacture an electric car, that part is clear. But there is no prototype or specifics yet on what kinds of cars it might produce. It has developed a flexible design that could be used for different kinds of vehicles. This means it could produce both small and large passenger cars, or even a race car for that matter, using the same underlying design. The blueprints allow for rows of batteries to be added or removed, which can alter the wheelbase, the car’s weight, and its efficiency, the company says.

Officials speaking at the ceremony didn’t reveal any new details about Faraday’s Future’s plans like whether the cars will be sold or leased via a subscription-based model. Previously, Faraday executives told Fortune that their car will priced like a luxury vehicle and that it could involve a new business model like shared ownership by several people or access by subscription. Faraday Future has said it’s open to either.

The groundbreaking ceremony did provide a progress report of sorts and a few more details about the facility. The 3 million-square-foot factory is located on a 900-acre parcel at the Apex Industrial Park. The company says it will invest $1 billion in the project and hire 4,500 people over a 10-year period as outlined in an agreement passed by Nevada lawmakers in December for $215 million in tax incentives.

At least half of those hires will be from Nevada, Dag Reckhorn, the company’s vice president of global manufacturing, said during the groundbreaking ceremony. The company has made a few important hires including Andrew DeHaan, a former director at Tesla, as plant director. Michael Johnson, who worked at Ford and automotive supplier Detroit Manufacturing Systems, was hired at the plant’s director of logistics.

Faraday Future also hired a Nevada-based recruiter to help find qualified people to work in manufacturing, administrative, engineering and communications. The company also says it has sourced more than 90% of the parts for its first vehicle from global suppliers.

This electric car can go from 0 to 60 mph in under three seconds:

“We’re moving very quick for a project of this size,” Reckhorn said. “This project is big and complicated, and yet our timeline remains aggressive. Our aim is to complete a project that would traditionally take four years and we want to do it in half the time, and we still want to do a great job.”

Faraday Future executives have used words like fast, aggressive, and flexible before. The company, which currently employs more than 700 people, plans to hire hundreds more in the next several years. It’s ability to attract talent and ramp up operations so quickly has been its primary selling point to anyone who will listen, including the media, politicians, suppliers, and potential partners.

In January, Faraday Future unveiled its FFZero1, a futuristic, single-seat electric vehicle concept car with an embedded smartphone in the steering wheel and a top speed of 200 miles per hour at CES, the annual consumer electronics industry trade show. The car and splashy unveiling was meant to reinforce the idea that the company had a transformative vision and a deep pool of talent. It has also emphasized ties through its owner, Yueting, to his Chinese online entertainment company Leshi Internet Information & Technology, also known as LeEco.

The big reveal provided many clues as what Faraday planned to produce, but didn’t illuminate any clear direction. And it failed to answer many of critical questions that left many who attended scratching their heads about whether the company would become the next big thing or fade away.