Could Faraday Future Be the Apple of the Auto Industry? 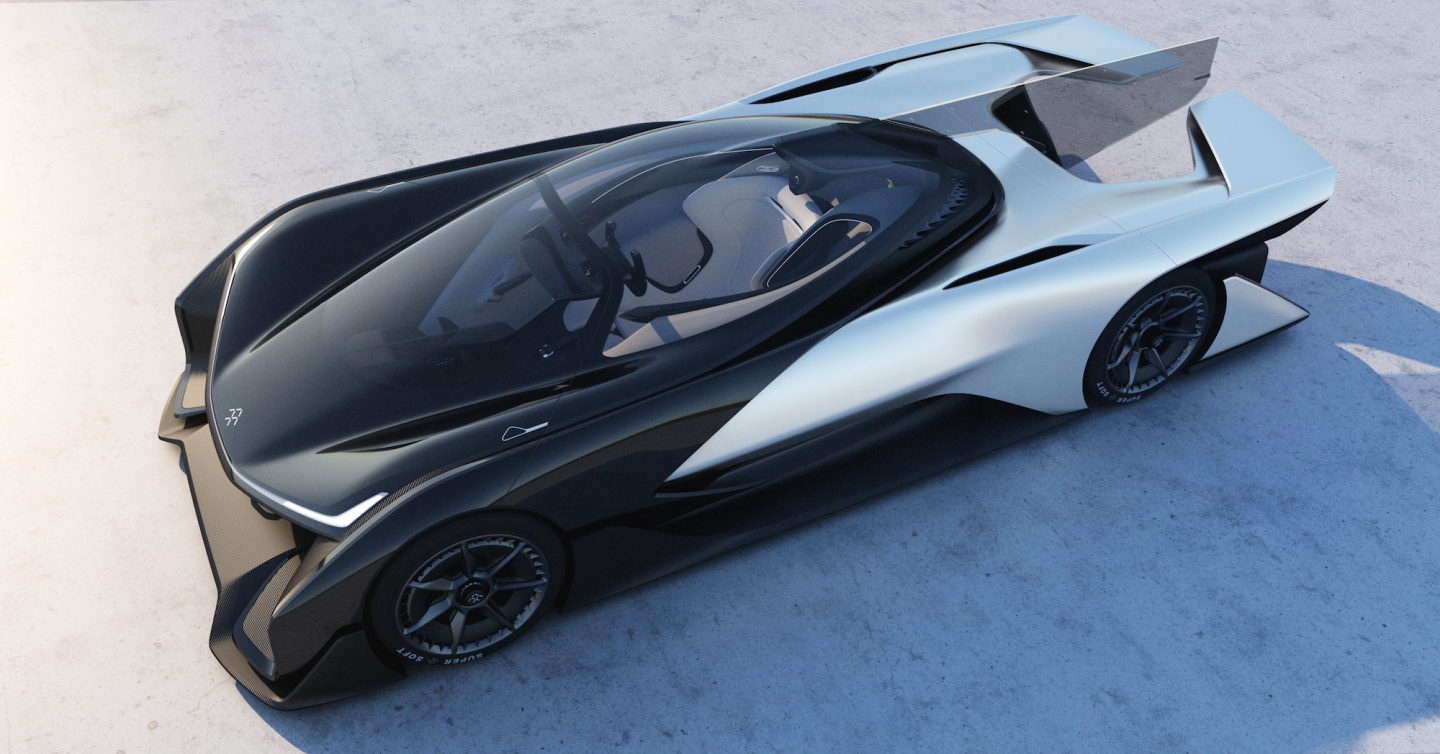 Executives from some of the world’s biggest automakers gathered in a packed tent in Las Vegas on Monday night to see what they hoped was the future.

Faraday Future, that is. The mysterious electric automaker has captivated the industry for being what some call a true rival to Tesla Motors (TSLA). Little is known about the young company, which is backed by Chinese Internet billionaire Jia Yueting. Which is why its star turn at CES, the annual consumer electronics industry trade show, was so hotly anticipated.

Auto executives (including some from the racing world) and members of the press squeezed into a tent pitched on a 15-acre lot, typically used for outdoor festivals, to see if the hype surrounding Faraday Future would truly be the next new new thing in automobiles.

They were left wanting.

Not that Faraday’s presentation lacked fireworks. The company unveiled its FFZero1, a futuristic, single-seat electric vehicle concept car with an embedded smartphone in the steering wheel and a top speed of 200 miles per hour. The car aimed to reinforce Faraday’s message to the audience: that it had a transformative vision, a deep pool of talent (now 720 employees globally), and an alliance with Yueting’s online entertainment company LeTV.

In a speech, Nick Sampson, Faraday’s senior vice president of research and product development, recalled how Apple’s iPhone had transformed the way people communicate and live their lives. “That is what we at Faraday Future are looking to do,” he said without irony.

But “looking to do” and actually doing are two different things. Some audience members seemed disappointed that Faraday Future’s concept car didn’t contain more realistic, road-ready features. (In contrast to its NASA-inspired all-white cockpit and driver helmet that delivers oxygen and water to the driver.) Concept cars are meant to showcase ideas, of course—for design, technology, and functionality. They’re not meant to be production vehicles, even though some of their features could wind up in a production model.

But for a so-called Tesla rival, Faraday’s focus on the future was interpreted as a weakness. The question I heard again and again was, “What is Faraday Future actually going to do?”

The big reveal provided many clues, but not one clear direction.

Sampson talked about how Faraday wants to find new ways to connect people to the larger world. Its car will have autonomous features, though he was elusive on the details. Faraday says it can execute much faster than a traditional car company thanks to an underlying vehicle architecture that will streamline production capabilities and allows the company to reduce R&D and manufacturing time.

Still, it was difficult to cut through the haze of buzz words like “connectivity,” “transform,” “disruptive,” and “redefining the very nature of mobility” to get a clear view of Faraday Future’s roadmap.

Here’s what we know. We know that the company plans to build a 3-million square-foot electric vehicle factory in an industrial park in North Las Vegas. We know that it plans to begin work on that site in a few weeks. We know that when the factory is complete and a production car does come off the line—sometime in a few years—it will be a premium-priced car, one that could carry a new business model—shared ownership by several people, or a product that a driver can “subscribe” to. Faraday is open to either.

And we know that the company has many talented people working there, including alumni from Tesla, BMW, Audi, and Lotus. That bench is what has given Faraday Future credibility. The backing from Chinese billionaire Jia Yueting, the CEO and founder LeTV, gives it the means.

But the lofty vision lacks meat, at least as judged by its turn at CES.

Could the FFZero1 be a compelling race car? It’s possible. Seated next to me in the tent during Faraday’s presentation was Jay Penske, owner of Dragon Racing, which races in the FIA Formula E Championship, a class of auto racing that uses only electric-powered cars. Penske told me that his team had met with Faraday Future, but quickly added that it has also talked to many other major automakers about adding cars to Formula E.

As the crowd dispersed, Penske said to me: “Ultimately, Formula E would be an interesting way to get into the public market.” That would suggest a long road for Faraday, but it wouldn’t be the first startup to take the scenic route to success.