Prada and Louis Vuitton Blame Terrorism for Their Poor Sales 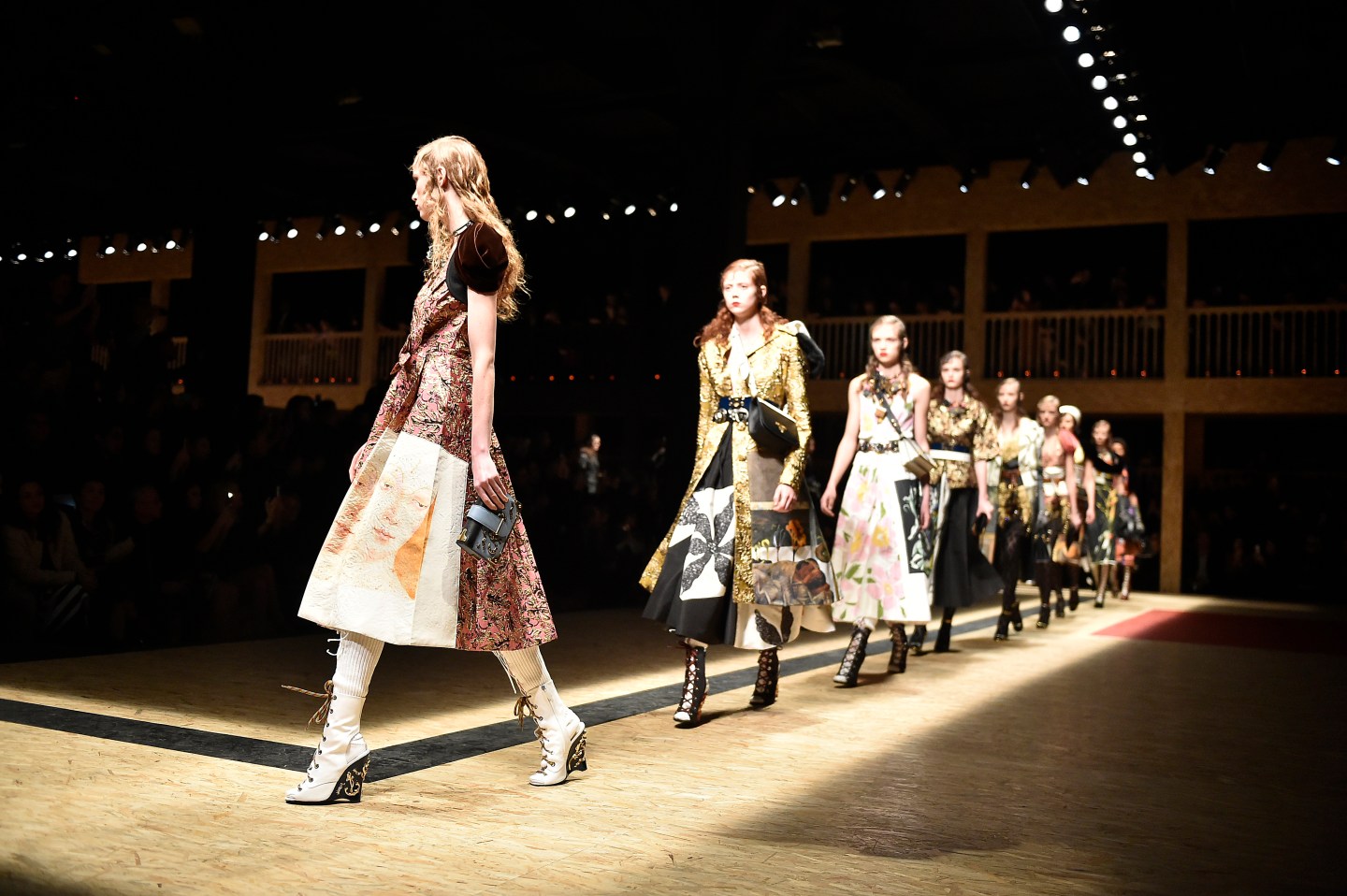 Following the terrorist attacks in Paris in November and in Brussels in March, the business world—in search of the financial fallout—swiveled its collective head to the aviation and hotel sectors, where the cities’ immediate shutdown and fears of follow-up incidents moved the market.

But as they report their results this earnings season—some five months after the Paris attacks—luxury companies are reminding investors that they too got snagged in the aftermath.

In reporting its worst annual results in years, Prada (PRDSF)—whose profits fell a whopping 27%—said that its tourism-driven organic growth in Europe had slowed in the fourth quarter of 2015 “due to terrorists attacks in France.” Its sales in the region increased 6% from just under €1 billion ($1.1 billion) in 2014 to €1.05 billion ($1.2 billion) in 2015.

Likewise, when Louis Vuitton parent LVMH (LVMHF) reported its first quarter earnings on Monday, it hinted that the terrorist attacks played a role it its lackluster results. The luxury behemoth, which also owns champagne brand Moët & Chandon and cognac label Hennessy, saw like-for-like sales for the three months through March rise 3%—well below analyst expectations of a 4.1% gain. Its biggest division—fashion and leather goods—reported no growth in sales, missing forecasts of a 2.5% increase. In assessing its geographic markets, LVMH classified the U.S. as “strong,” Asia as “varied,” and Japan as showing progress. Europe, meanwhile, is “well oriented except for France which is affected by a fall in tourism.”

When retailers report disappointing sales, they’re quick to point fingers at outside forces rather than internal missteps like ill-fitting clothes or a trend they overlooked. This past holiday season stores blamed unseasonably warm winter weather for poor sales. In December, tracking firm Panalytics found that sales of winter items like women’s boots and hats and gloves were down considerably, so the balmy temps were, in some instances, a legitimate excuse. And that’s the case with the terrorism in Europe too.

“This is a genuine driver of lower tourist traffic and spend in Europe in [the first quarter of 2016],” Luca Solca, managing director of luxury goods at Exane BNP Paribas told Fortune in an email. The prices of high-end goods in Europe are most compelling for overseas tourists, he said, so “postponing travel to Europe may mean they postpone their luxury spend too.”

And the terrorist attacks in Paris did, of course, dramatically disrupt travel to the continent. From November 14, the day after the Paris attacks, through February 26, international arrivals in Europe dropped 2%, according to FowardKeys, a travel data firm. It was the only region worldwide to see a decline. Paris and Brussels, which was on lockdown after the Paris attacks as well, reported particularly sharp drop-offs as international visitors dropped 12% and 9%, respectively, in that same November through February time frame the year before. After the blasts in Brussels on March 22, net bookings to the city dropped 136% from the year prior, largely due to the closure of the airport.

Luckily for luxury good makers—and economies as a whole—tourism bounces back relatively quickly after terrorist attacks. A study from the World Travel and Tourism Council published in late November, found that it takes tourism 13 months to fully recover from a terrorist attack—shorter than the comebacks that must be staged after a disease outbreak (21 months), an environmental disaster (24 months), and political unrest (27 months.)

Solca sees the recent dip in tourism and its subsequent fallout in the luxury sector as “a temporary dent,” one that will fade “provided, of course, European authorities manage to reestablish a high level of security across the continent.”

That’s a big caveat and even if it’s met, there’s no guarantee companies like Prada and LVMH will right their ships. On top of that, the Chinese government’s campaign against luxury spending and that nation’s faltering economy will also be a big weight on high-end sales.